Ramsay Health Care has recognised the importance of gender equity in the workplace, arguing it is good for business and employees.

Chief People Officer Colleen Harris said the company was a significant employer of women in Australia, with women making up 59% of its facility CEOs and 60% of its regional executives.

“Providing a flexible, family-friendly environment for all employees is a vital way to achieve these targets and helps improve the wellbeing of our people,” she said.

Glengarry Private Hospital Chief Executive Officer Leonie Gardiner leads an all-female executive team at the hospital and is a strong advocate for a diverse workplace.

“I have been in the health industry for 40 years and it’s been amazing to see the role of women in the workforce change and I look forward to seeing how it progresses further in the future,” she said. A mother of four, Ms Gardiner said she felt grateful to have enjoyed an amazing career as well as raising a family.

The first of four new St John WA Urgent Care centres has opened in Cannington. Urgent care and dental services have been added to St John’s Cannington GP practice, which has relocated to Beckenham. Another urgent care centre is due to open in Midland this month, adding to the network of existing centres at Armadale, Cockburn and Joondalup, with more centres due to open in Osborne Park and Mandurah early next year. They are part of a Federal Government-funded trial to deliver urgent, but non-emergency care to patients who may normally go to a hospital emergency department for treatment. The $28 million Federal Government initiative is aimed at developing and evaluating the urgent care model. The new Cannington centre includes GP and general dental services, pathology, X-ray and plaster casting. 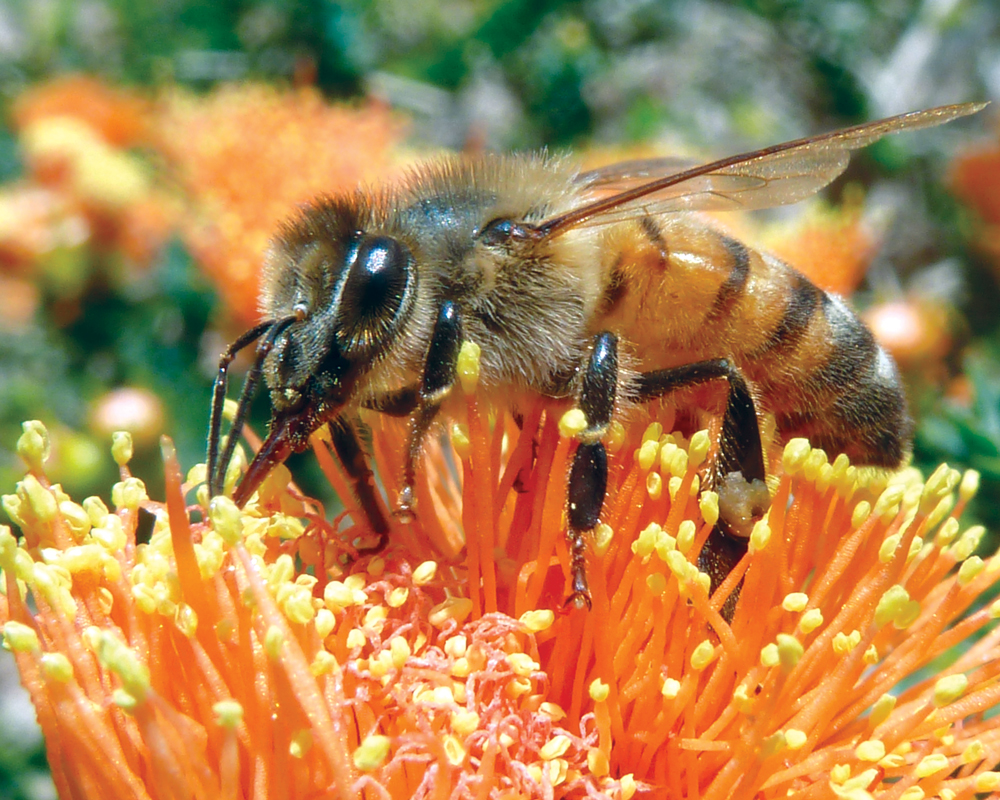 It’s not snakes or spiders you have to worry about, it’s bees. They are responsible for most venomous bites and stings presenting to hospitals in Australia, according to new research. Over 3500 Australians were hospitalised due to contact with a venomous animal or plant in 2017–18, according to a report by the AIHW. It found that more than a quarter of these hospitalisations were caused by bee stings, and the majority were due to allergic reactions.  Bees and wasps were responsible for 12 of the 19 deaths related to venomous bites and stings. Spider bites accounted for one-fifth of presentations while venomous snakes were responsible for 17%.

A leading researcher in wound healing from the University of Western Australia has been awarded a prestigious international award for innovation in treatment of surgical wound complications. Dr Kylie Sandy-Hodgetts, a senior research fellow at UWA’s School of Biomedical Sciences, was judged the best of 20 international entrants in the ‘Innovation in Surgical Site Infection’ category of the Journal of Wound Care & World Union of Wound Healing Societies Awards.

Dr Sandy-Hodgetts’ research has drawn attention to the importance of predicting at-risk patients, the accurate assessment of wound infection after surgery and whether infection is at play, while also providing a new diagnostic tool for clinicians. Her research calls for clinicians to change how they view and predict surgical wound complications such as dehiscence in patients before surgery. Dehiscence is where the edges of a surgical wound come apart. The risk assessment tool provides health care providers with the opportunity to identify and manage the risk of surgical wound dehiscence before a patient undergoes surgery.

A new study by researchers at the University of Western Australia has found a large rise in students graduating with public health qualifications in Australia over the past two decades. The study, published in the Australian and New Zealand Journal of Public Health, calls for greater investment in public health to provide job opportunities commensurate with the growth in capacity.

Co-author Dr Ian Li, from UWA’s School of Population and Global Health, said Australia had fared comparably well internationally in its public health response to the COVID-19 pandemic. “This has resulted in relatively strong population health and economic outcomes, which can be attributed to the efforts and expertise of Australia’s public health workforce and other frontline health staff,” Dr Li said. “We should leverage the public health capacity and expertise of our graduates, and make deeper investments in the public health workforce. This will boost the well-being of the Australian population and economy in the long-term and see us through future health challenges.”

A major longitudinal study is underway in Australia to assess changes in quality-of-life outcomes for patients prescribed medicinal cannabis. Researchers at the University of Sydney have launched The QUality of life Evaluation STudy (The QUEST Initiative), a wide-ranging, longitudinal study for medicinal cannabis patients. The study will seek to recruit at least 2100 patients by June this year, with potential to extend this study internationally. “What makes our study unique is the comprehensive suite of patient-reported outcomes – or PROs – being assessed in patients prescribed medicinal cannabis,” said study lead Associate Professor Claudia Rutherford. Many aged care residents are being denied proper end-of-life care, according to a Perth academic. Professor Davina Porock, who is director of Edith Cowan University’s Centre for Aged Care Research, believes that while elderly people hope for a ‘good death’, many of those in residential aged care miss out on end-of-life services.

Writing in The Conversation after the release of the final report of the Royal Commission into Aged Care Quality and Safety, she said it was logical to expect aged-care homes to provide superior end-of-life care. But palliative care options were often better for those living outside residential aged care than those in it.

Professor Porock said the royal commission had heard the clarion call for attention to ensure older Australians had as good a death as possible, as shown by the fact that a dozen of the recommendations reflected the need for quality end-of-life care. She said advanced care planning made a significant difference in the quality of end-of-life care by understanding and supporting individual choices through open conversation. It gave the individual the care they wanted and lessened the emotional toll on family.

A unique brain protein measured in the blood could be used to diagnose Alzheimer’s disease decades before symptoms develop, according to new Edith Cowan University research. Published in the Nature journal, Translational Psychiatry, the study is the first to find that people with elevated glial fibrillary acidic protein (GFAP) in the blood also have increased amyloid beta in the brain, a known indicator of Alzheimer’s disease. GFAP is a protein normally found in the brain, but it is released into the blood when the brain is damaged by early Alzheimer’s disease. Alzheimer’s disease affects more than 340,000 Australians and more than 35 million people worldwide. Current diagnosis involves a brain scan or spinal fluid tests. The study’s lead researcher Professor Ralph Martins said the discovery offered a promising new avenue for early diagnosis. The GFAP biomarker could be used to develop a simple and quick blood test to detect if a person was at very high risk of developing Alzheimer’s, allowing time for medical and lifestyle interventions.

People with aphantasia, or the inability to visualise mental images, are harder to spook with scary stories, a new University of NSW Sydney study shows. The research, published in Proceedings of the Royal Society B, tested how aphantasic people reacted to reading distressing scenarios, like being chased by a shark, falling off a cliff, or being in a plane that’s about to crash. The researchers were able to physically measure each participant’s fear response by monitoring how much the story made a person sweat. This type of test is commonly used in psychology research to measure the body’s physical expression of emotion. According to the findings, scary stories lost their fear factor when the readers couldn’t visually imagine the scene, suggesting imagery may have a closer link to emotions than scientists previously thought. 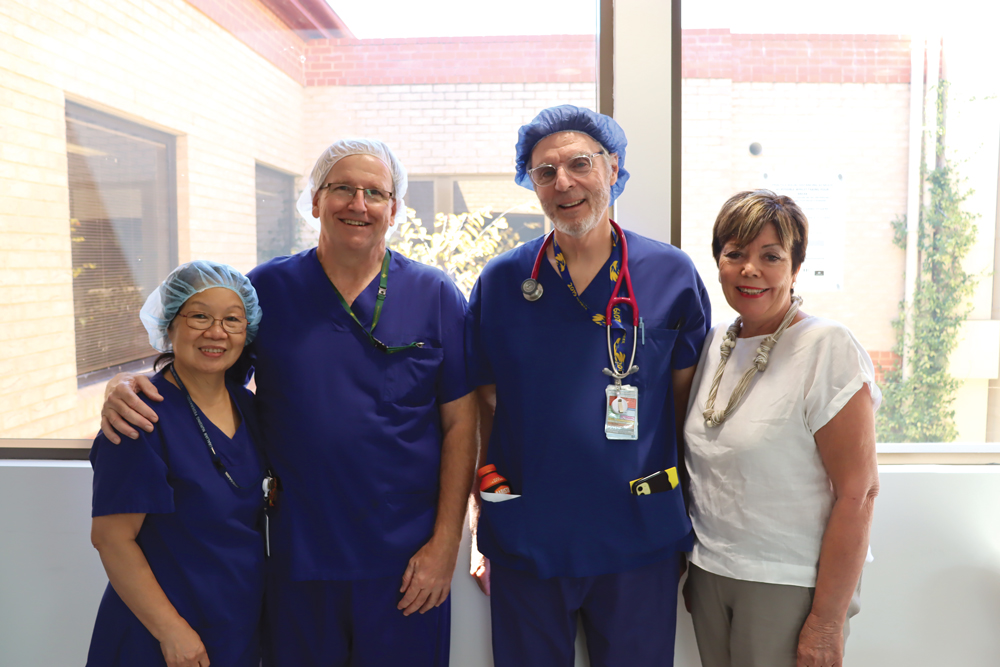 End of an era

The Heart Foundation is urging the estimated 4 million Australians with cardiovascular disease to get vaccinated to avoid the risk of severe complications from COVID-19. Its Chief Medical Adviser, cardiologist Professor Garry Jennings, said Australians should feel very confident that only those vaccines that met high Australian safety standards were being rolled out.  “We encourage people with cardiovascular disease, which includes heart disease, blood vessel disease and stroke, to get vaccinated as soon as possible as they are at higher risk of severe complications from COVID-19,” Professor Jennings said. “This includes people who have heart disease and heart failure, as well as people who have previously had a heart attack or stroke,” he said. People whose blood pressure was high and those with diabetes were also encouraged to get vaccinated as soon as it is available to them.