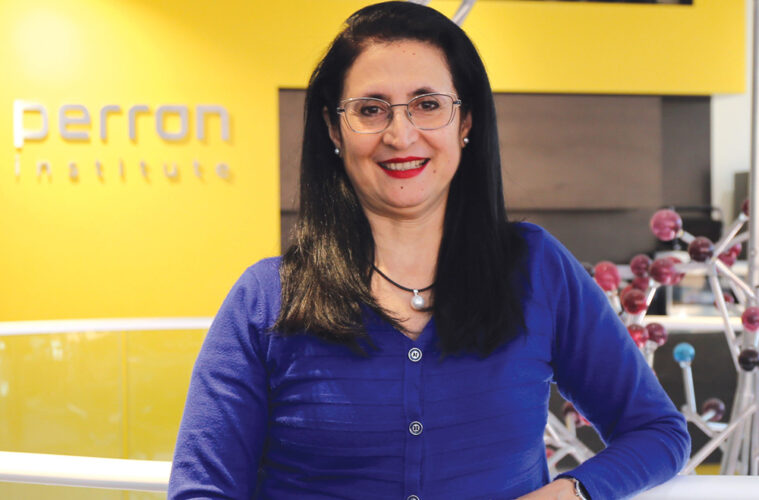 Few illnesses are as confronting and disruptive as motor neurone disease. A diagnosis of the neurodegenerative condition begins a journey of inevitable decline through progressive immobilisation to death. 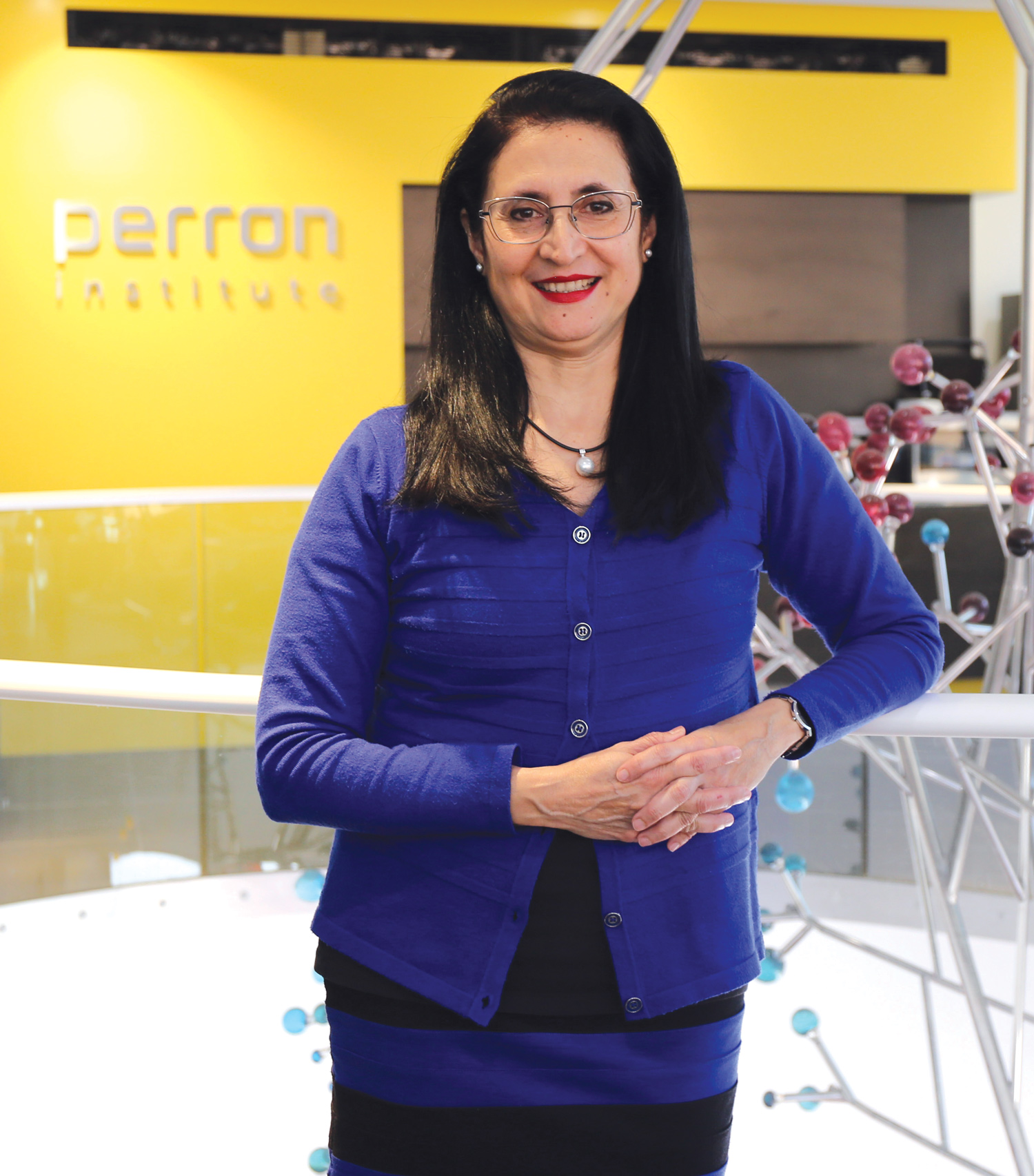 As well as the difficulty and distress experienced by those with this condition, recent evidence suggests that bereaved MND family caregivers are more likely to be at moderate or high risk of complicated grief.

Traumatised, angry and feeling abandoned were some of the caregiver emotions reported in a national survey on carer bereavement experiences.

The study, led by Palliative Care Professor Samar Aoun from the Perron Institute and La Trobe University, found that the experiences of those with this fatal disease and their family caregivers could be overwhelming.

“The bulk of care is provided informally at home and is demanding, with MND caregivers averaging over 40 hours per week,” Professor Aoun said.

“Currently, it is not standard practice to screen MND caregivers for mediating risk factors such as family functioning, personal distress or support needs. There is a need for more integrated care between MND associations, MND clinics, palliative and end-of-life care services and GPs.”

The number of junior doctors choosing to become GPs and train in rural WA has increased for the third consecutive year, according to new figures released by WA General Practice Education and Training. In a sign that WA is becoming more attractive to new GPs, some applications have come from outside the State despite some Eastern States positions going unfilled.

WAGPET says it is on track to exceed last year’s rural placement of GP registrars, which at 170 was the largest rural placement in five years. So far, 152 GP registrars are locked in for rural training in 2022 with the last positions to be filled. But there are more applicants than positions, with 17 applying for the final nine spots.

WAGPET CEO Dr Janice Bell said the Federal Department of Health could be asked to increase the number of rural positions allocated to WA to cater for the extra applicants for 2022. This year WAGPET has provided GP registrars for practices in hard-to-fill locations including Ravensthorpe, Kalgoorlie, Port Hedland, Karratha and Kununurra.

Dr Bell said while WAGPET offered financial incentives to encourage registrars to take up regional positions, she attributed some of the increased rural interest to the destabilising effect of COVID-19 over the past two years.

“The pandemic has changed the way many people relate to their jobs,” she said. “Health professionals have been on the frontline the entire time and it’s no surprise that junior doctors, as they consider their specialty and their future careers, are opting for rural GP practices which give them good working conditions away from big cities and the chance to take a holistic approach to the treatment of patients.”

Former AMA WA president Andrew Miller has been elected president of the Australian Society of Anaesthetists. Dr Miller, who works in private practice in Perth, has been an outspoken national commentator on the airborne spread of COVID-19 and has lobbied for the protection of healthcare workers and patients, especially children, throughout the pandemic.

He sits on the Federal Council of the AMA where he chairs the ethics and medicolegal committee. He has also been a board member of MDA National for the past six years and has been the president of the Medical Indemnity Insurance Association of Australia.

Dr Miller said that as ASA president he would continue to advocate for improved safety in patient care, with anaesthetists playing a critical role in risk management.

“When it comes to patient safety, when anyone says we have to accept bad outcomes, we say ‘no’,” he said. “Work smarter, work harder, make it safer for healthcare workers and patients alike.”

Edith Cowan University research shows WA nurses and other healthcare workers are increasingly at risk of injury due to having to care for obese patients.

Studies from ECU’s School of Nursing and Midwifery reveal WA nurses, orderlies and other patient care professionals are among the most at risk for musculoskeletal injuries, and reports of back, wrist, knee and shoulder injuries have increased when handling obese patients.

It is a growing problem, with 42% of the Australian population predicted to be obese by 2035.

Lead researcher Kim McClean said staff were put at extra risk due to inadequate recording procedures, with obese patients rarely classified as such. Not recording patients as obese also meant hospitals missed out on millions of dollars in funding for equipment, extra staff and education.

CMO to bow out

WA Health’s Chief Medical Officer has resigned, three years into his five-year contract. In a statement to his office staff, general and colorectal surgeon Michael Levitt said he felt that he had not been a good “fit” in his departmental role and preferred not to complete the full contract. He has taken up an appointment as an Executive Director within Medical Services at the WA Country Health Service, but will continue working in his surgical practice, and serving as a member of the Medical Board of WA and a Director of St John of God Health Care.

A research project led by Perth Children’s Hospital has uncovered an unexpected finding about children who need surgery to remove inhaled foreign bodies blocking their airways.

The study by the Ear, Nose and Throat surgical team, published in the International Journal of Paediatric Otorhinolaryngology, reviewed 127 cases of children and infants who presented to the emergency department between 2007-2016 with suspected inhaled foreign bodies. More than 80% of cases requiring surgery were caused by either nuts or raw carrot given to the child by a parent or adult.

Head of the ENT Department at PCH Dr Hayley Herbert said these emergency cases were often life- threatening and many involved children who needed to be airlifted to Perth from regional locations which posed additional challenges.

“Nuts or carrot or other hard foods should only be given to children under four years with adult supervision to reduce the risks of children inhaling these items,”
she said.

From an inhalation point of view, nut pastes, nut meals or ground nuts in other foods were the safest way to feed nuts to young children. 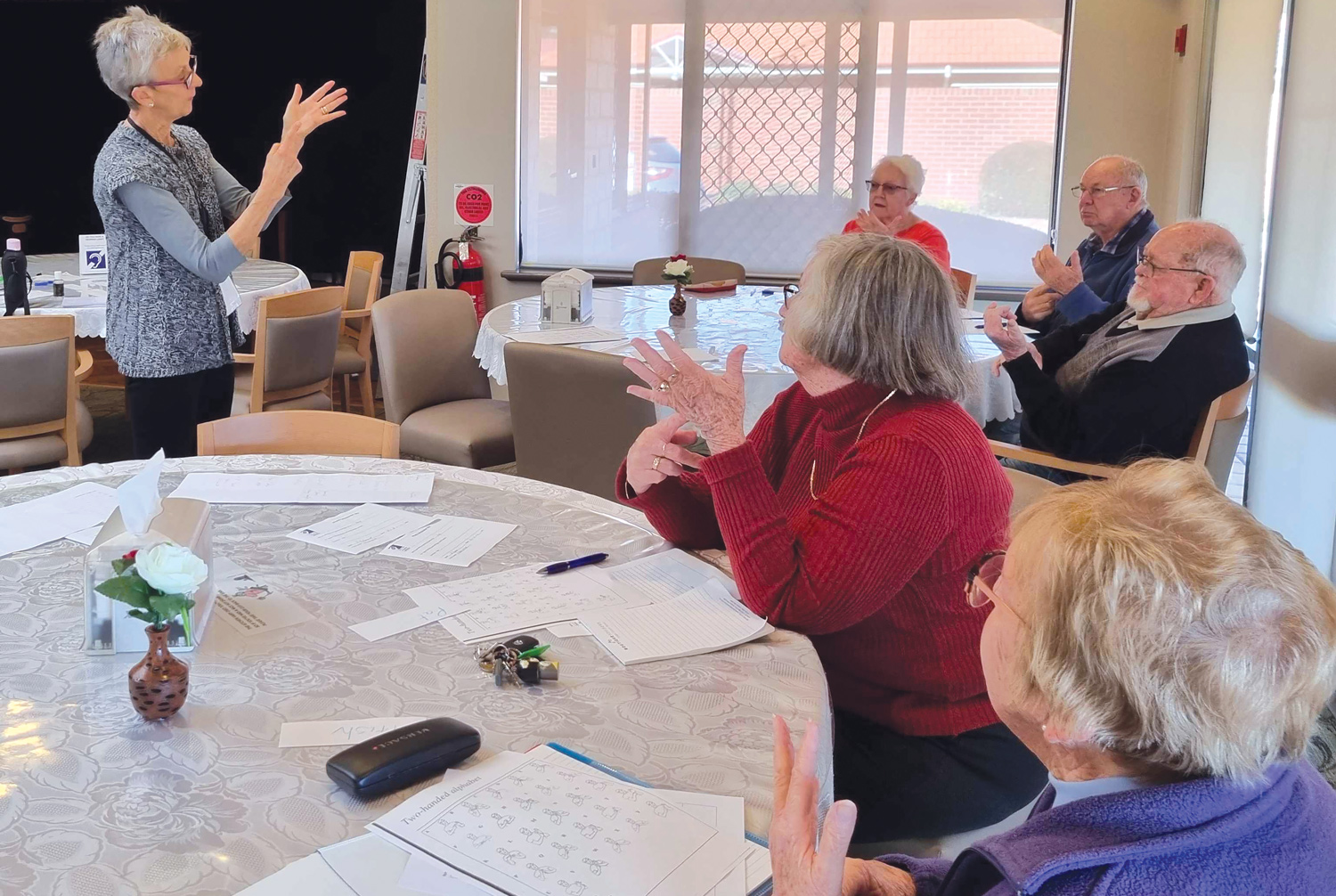 COVID-19 has given new impetus to a project which teaches simple hand signs in aged care and retirement villages.

The Qsign project is being run by Better Hearing Australia (WA), Edith Cowan University and Brightwater Care Group.  It aims to help overcome the hearing, language and communication issues among older people that make interactions difficult.

In conjunction with aged care staff and residents, 20 signs considered most important for health, safety and family interactions have been identified, including those for eat, sleep, medicine, pain and stop.

“Initially the signs will be taught in person, and we are also planning training videos and interactive graphic displays, and even personal card copies, that we hope will suit a wide range of communicators,” Dr Clarkson said.

As well as learning the signs, participants will be encouraged to do one simple thing to improve their communication – face each other while speaking.

Dr Clarkson said the pandemic had made communication challenges in aged care even harder, with staff wearing masks which prevented lipreading and socially distancing which reduced the prospect of clear communication.

A South Australian GP has been given Australia’s longest ever ban from practising, after he attempted to murder a pharmacist who reported him for inappropriate prescribing.

Dr Brian Geoffrey Holder, 71, will never practise again, after the SA Civil and Administrative Tribunal cancelled his registration and banned him from applying for registration or providing any health services for 25 years.

It is the longest ban ever imposed on a registered practitioner by a tribunal on referral from a National Board.

The finding relates to the attempted murder of the pharmacist, inappropriate prescribing for five patients as well as himself and his wife, and providing misleading information to AHPRA and the Medical Board.

The tribunal said of Dr Holder’s attempt to murder the pharmacist, for which he is now serving a 15-year jail term, constituted professional misconduct “of a most serious kind.”

Meanwhile, a Victorian chiropractor has been suspended for six months for professional misconduct which included linking childhood vaccination to poison and allowing the antivaccination movie Vaxxed to be shown in his clinic.

Research by Hollywood Private Hospital’s two-year End-of-Life Care Study explored the experiences of bereaved family members, as well as the perceptions of clinical staff on the quality of end-of-life care in an acute private hospital.

Edith Cowan University School of Nursing and Midwifery researcher Dr Rosemary Saunders said the study showed how hospitals need to take the lead in ensuring end-of-life care processes are embedded across all clinical areas, including end-of-life education and support to staff.

The project involved a medical record audit of 100 records to review the end-of-life care provided across the hospital, as well as surveys and interviews with staff and bereaved family members.

It found that patients and family members often need additional support, including around their spiritual and religious needs, and many staff would benefit from more end-of-life care training.

Families from around the world with members who have debilitating inherited diseases could benefit from a $1.2 million grant by the Federal Government to leading Perth geneticist Dr Gina Ravenscroft. She will use her NHMRC Investigator Grant to further her Perkins Institute team’s search for missing genetics of rare diseases, ranging from recurrent miscarriage to adult-onset neurodegenerative diseases.

“We will use a range of complementary genomic approaches and sequencing to identify novel genetic causes of disease, said Dr Ravenscroft.