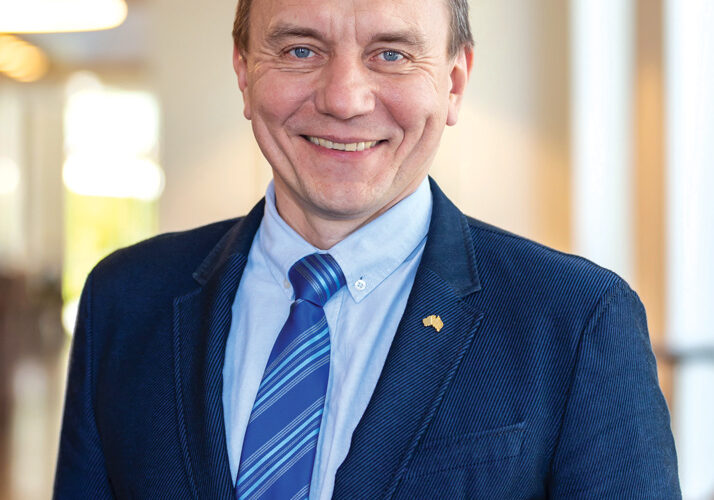 Genetic link to dementia in Parkinson’s

Dementia is one of the most debilitating symptoms of disease progression in people with Parkinson’s disease, with many experiencing some form of cognitive impairment over time. 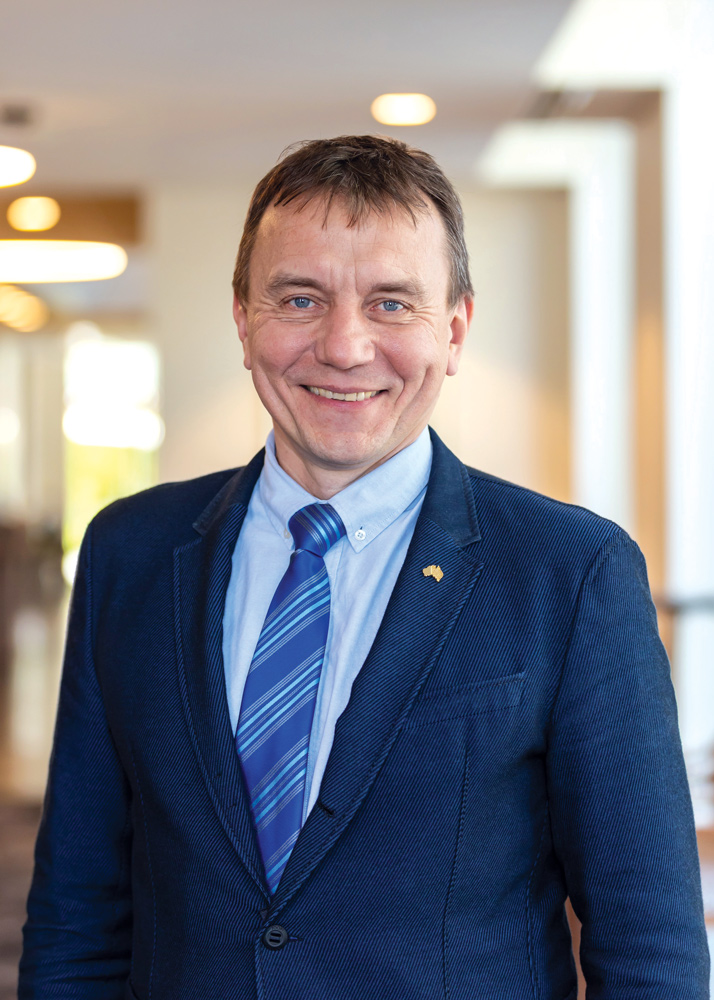 Now Professor Sulev Koks, who heads the Genetic Epidemiology Research group at the Perron Institute and Murdoch University, has been part of an international study to assess how genetic variation influences the progression of dementia.

The pace of progression in Parkinson’s varies considerably between patients, and none of the existing therapies slows the underlying neuropathology as it advances from brainstem to the cerebral cortex.

Data from the lengthy longitudinal study has also been used to develop an innovative scoring system to predict the likelihood of developing dementia in Parkinson’s.

The team discovered a genetic variant with a five times higher risk factor for predicting the progression of dementia.

“The hope for the future is that disease-modifying drugs that target the genetic drivers of Parkinson’s disease progression can potentially turn fast progressors into slow progressors,” Professor Koks said.

Two WA health services are among the eight winners in the 2021 HESTA Excellence Awards for the allied health, aged care, community and disability sectors.

The Earbus Foundation of WA won the allied health award for its work to reduce middle ear disease in young Aboriginal and Torres Strait Islander children.

SHQ won the community services section for developing a clinician and consumer-endorsed screening tool to identify and support women at risk of, or have experienced intimate partner violence or reproductive coercion.

More understanding about risk factors is key to boosting safety and recovery for thousands of young tonsillectomy patients, says Perth Children’s Hospital consultant respiratory and sleep paediatrician Dr Mon Ohn. She has funding to co-lead the Nightowl project to assess the degree of obstructive sleep apnoea in tonsillectomy patients before and after their surgery.

Dr Ohn said there are potential benefits for clinicians and families from the project because tonsillectomies are one of the most common surgical procedures performed in WA and 95% of these surgeries are due to OSA rather than tonsillitis.

“We know that while parents generally see significant improvement in their children’s sleep following a tonsillectomy, we also know that kids with OSA have more breathing problems during surgery and in post-surgical recovery,” Dr Ohn said.

“Collecting respiratory and sleep-related risk data about children before and during their surgery could pave the way for more personalised treatment of patients leading to fewer complications, faster recovery and potentially reduce the duration of their hospital stay.”

About 60 children aged one to eight years will be recruited into the study.

No jab, no job

It will soon be mandatory for all healthcare workers in WA to be fully vaccinated against COVID-19, with a staged implementation announced by the State Government.

From October 1, health care and health support workers in public and private hospitals will need to have had at least their first dose of vaccine to access high-risk facilities such as ICU, high dependency units, respiratory wards, emergency departments and COVID-19 clinics. They will need to be fully vaccinated by November 1.

Health care workers include those who provide health, medical, nursing, pathology, pharmaceutical, social work or allied health services to a patient at a health care facility in any capacity.

The aim is to interrupt the atrial fibrillation circuits and return the heart back to a normal rhythm. It combines endocardial radiofrequency ablation with epicardial ablation.

Cardiac electrophysiologist Rukshen Weerasooriya and keyhole expert cardiothoracic surgeon Pragnesh Joshi underwent advanced training in the treatment in the US in 2018.

Director of Medical Services Dr Andy Papa-Adams said Hollywood was one of the busiest providers of the procedure outside of the US, recently performing the 50th case.

“Hollywood will be a significant centre for hybrid AF therapy and a potential proctoring site for the southern hemisphere,” he said. “We are set to become a training centre for the procedure, teaching surgeons and electrophysiologists across Australia, New Zealand and the Asia Pacific.”

Dr Papa-Adams said most patients considered for HyCASA had persistent AF (lasting continuously for more than seven days) or previous pulmonary vein isolation procedures that had not been effective.

Mothers of children with autism who delayed their subsequent pregnancy by 2.5 to three years reduced the likelihood of their next child also being diagnosed on the spectrum, new research shows.

The Curtin University research, in collaboration with the Telethon Kids Institute and published in Autism Research, investigated more than 925,000 births in Denmark, Finland and Sweden including more than 9,300 that resulted in a child later being diagnosed with autism spectrum disorder.

Lead author Professor Gavin Pereira, from Curtin’s School of Population Health, said the research found a significant – and surprising – link between the time between pregnancies and a sibling’s chances of also being diagnosed with autism.

“We found that the siblings of children with autism were less likely to be diagnosed on the spectrum if there was a 30 to 39-month gap between both pregnancies,” Professor Pereira said.

“Waiting for this time to conceive another child was considered the optimum timeframe, potentially preventing 5% of cases of autism in Denmark, 8% in Finland and 9% in Sweden, on average.” When it comes to heart health, two cardiologists are practising what they preach. Dr Richard Alcock and Dr Jon Spiro are self-professed exercise enthusiasts who cycle regularly.  Dr Spiro rides with local cycling group, the Frommers, which has more than 60 members.

Dr Alcock said there had been a proliferation of cycling clubs in WA, but cycling did not make people immune to heart disease.

In an effort to raise awareness about heart health, Dr Spiro and Dr Alcock recently presented a lecture to the Frommers at Hollywood Private Hospital.

“Many of our members fall into the at-risk categories, which simply include being male and getting older,” Dr Spiro said.

“The key messages are to see your GP, know what your heart risk is, and if you have any symptoms whilst cycling, get it checked out.”

Hollywood CEO Peter Mott, who is a member of the Frommers, said cycling was the new golf, particularly among busy healthcare workers.

A significant number of patients are waiting for elective surgery, 18 months after the first COVID-19 enforced shutdown of procedures, new national figures show.

Data from the Australian Prudential Regulation Authority show there were 978,797 episodes of care in private hospitals during the three months to the end of June this year – more than the previous quarter but still not breaching the gaps created by the various lockdowns around the country.

Australian Private Hospitals Association CEO Michael Roff said it would take some time before the backlog could be cleared.

“We have estimated there were 340,000 episodes of care ‘missing’ from private hospitals in 2020. Taking into account the six months to the end of June, we now estimate that figure has fallen to 290,000,” he said.

“These are surgeries and other treatments that have been deferred but they will need to be done at some stage and include procedures like total knee and hip replacements or cataract surgery that impact a patient’s ability to move around or to see.”

Perth researchers have helped discover a combination of drug treatments that show promise for an unusual and often fatal form of eye melanoma.

Australia has the highest rate in the world of melanoma and 2% of patients suffer a uveal melanoma – the most common cause of primary tumours in the eye. Uveal melanoma mostly affects fair-skinned Caucasians who have a light eye colour.

Professor Jonas Nilsson, chair of Melanoma Discovery at Perth’s Harry Perkins Institute of Medical Research, has been researching ways to treat the disease with colleagues at Sweden’s University of Gothenburg.

Angry bees produce the best venom for therapeutic benefits, Curtin University researchers have found. Behavioural and ecological factors have been known to influence the quality of bee venom, a product widely known for its effective treatment of degenerative and infectious diseases such as Parkinson’s and osteoarthritis.

The study analysed protein diversity in bee venom produced by the western honeybee in the marri ecosystem in southern-western Australia.

A compelling behavioural effect was revealed in docile and active bees. The researchers discovered that ‘angry bees’ that reacted intensively to stimulating devices produced a richer, more protein-dense bee venom.

Lead researcher Dr Daniela Scaccabarozzi, from Curtin’s School of Molecular and Life Sciences, said the research would be of substantial benefit to both human health and the lucrative beekeeping business, where bee venom is being sold for up to $300 per gram. 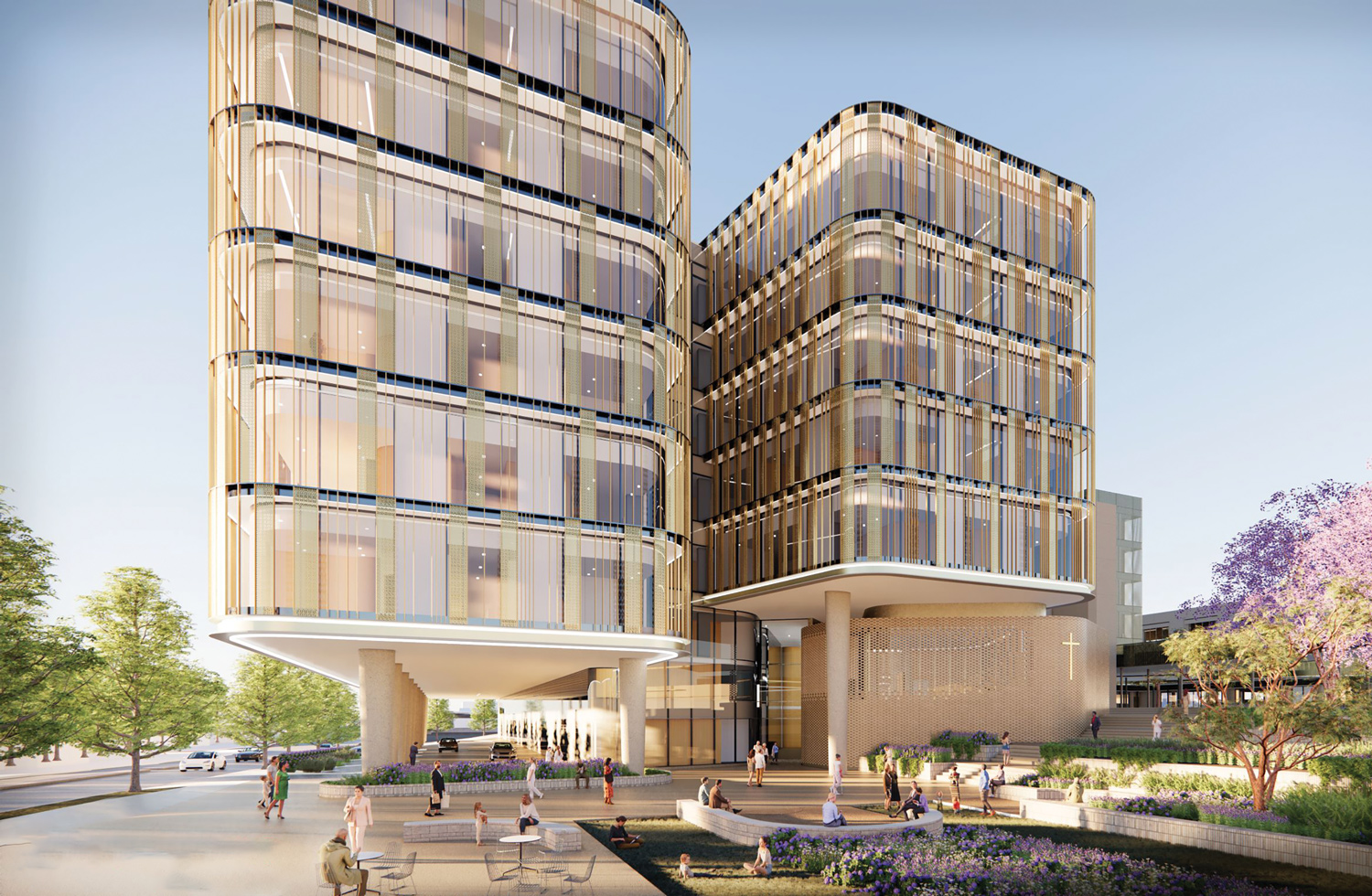 A major redevelopment of St John of God Subiaco Hospital will include a purpose-built pandemic ward to care for patients when outbreaks of highly infectious diseases such as COVID-19 occur.

St John of God Subiaco Hospital CEO Professor Shirley Bowen, who is also a professor of infectious diseases helping to lead WA’s private hospital response to COVID-19, said the pandemic ward would be negatively pressured and allow the hospital to be prepared for future outbreaks of COVID-19 and other infectious diseases, when patients needed to be isolated.

The redevelopment includes a new 24/7 emergency department, and a mother and baby unit with a neonatal intensive care unit.

Bed numbers will also increase by 25% – from 550 to more than 700 – and an a la carte meal service will be introduced across the hospital, with 98% of rooms to be single.