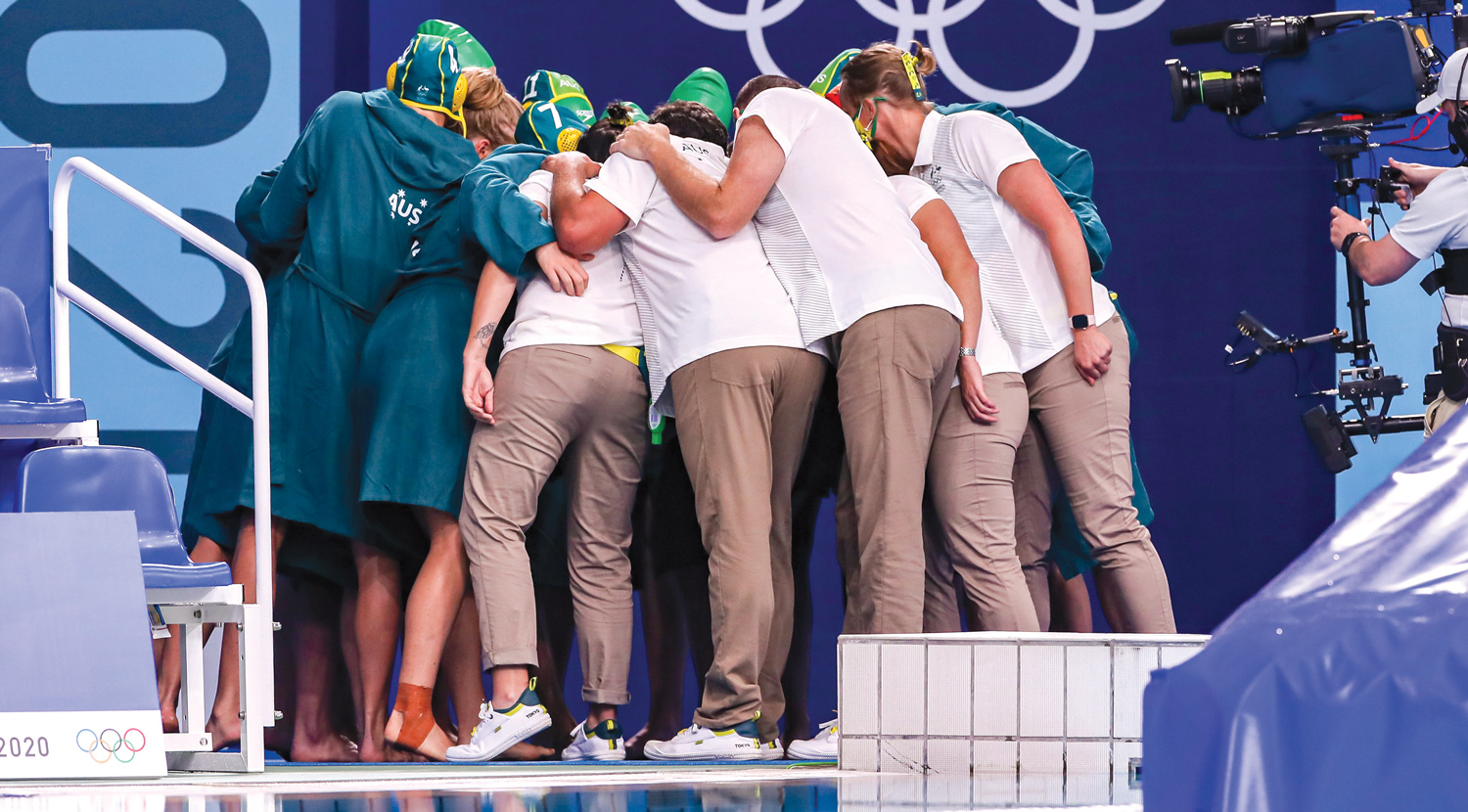 For one Perth doctor, the black cloud of COVID lifted a little this year when she attended the world’s pinnacle sporting event.

Sport and exercise medicine physician Rachel Harris could arguably be considered a product of her 1980s childhood. 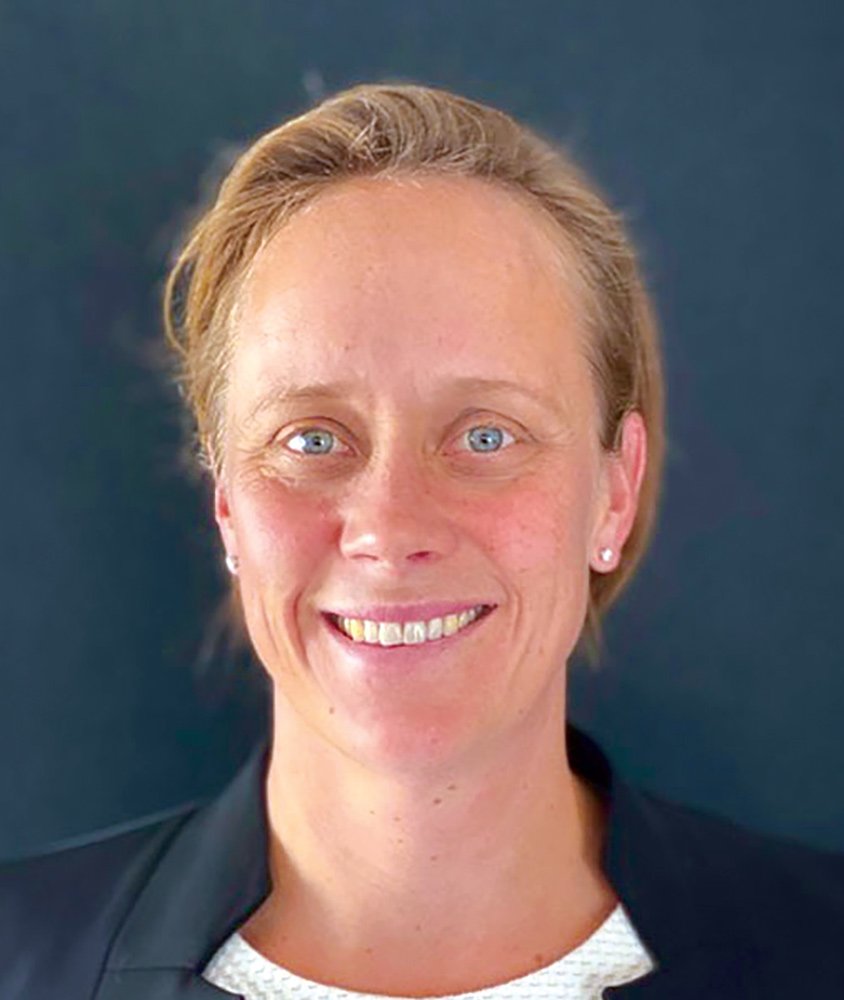 For as long as she can remember she was always in the water, including at Claremont UniSwim where her father Len worked as a pool attendant – one of several jobs he juggled to get through medical school as a mature-age student.

Her brother was having swimming lessons and she wanted to learn too, so she started at the age of three-and-a-half and didn’t stop.

Len became a doctor, and later so did his daughter. But in the meantime, Rachel also developed into an elite swimmer, winning gold at the 1998 Commonwealth Games in Kuala Lumper and competing in the Sydney Olympics in 2000.

This year – 21 years after Rachel went to Sydney – the synergy of swimming and medicine came the full circle when she travelled to the Tokyo Olympics as team doctor for the Australian water polo teams.

It meant she was away from her family for more than six weeks, but she is aware of the “huge privilege” of attending the Olympics and being able to travel overseas when many people could not.

“It brought back some memories, but being in the Sydney Olympics seems like a lifetime ago,” she says.

“I grew up around the swimming pool, I just loved swimming and was in State championship events by the time I was nine or 10, and by the time I got to 12, it was getting more serious and things really took off.”

She believes those early years helped pave the way for her interest in sport and exercise medicine.

“When I came out of med school, I did my resident years at Royal Perth, and then I was looking at intensive care medicine, but as soon as I got my contract to get onto the training program, I thought what am I doing?

“When I stepped back and thought what I really wanted to do, what filled me with passion, it was the idea of helping people to get the best out of themselves through exercise and sport, so I went down that path, and I’m really happy I did.”

Rachel took on the role of water polo chief medical officer in 2017, which meant she had a ticket to the Olympics with the men’s and the women’s teams. She also became CMO for Paralympics Australia in 2019.

Pre-COVID, she was meant to go to Tokyo for both the Olympic and Paralympic Games, but with all the quarantine requirements it was not feasible for her to attend both, as she would have been away for 14 weeks.

She still helped with the preparation for the Paralympics team, and anxiously watched their performances from home.

“I’m always in awe of the incredible resilience of all the Paralympic athletes, and for many of them it’s an avenue to realise their uniqueness rather than being about disability, and it’s about how able they are to do so many things,” Rachel says.

“For some of them, being involved in sport is an avenue to understand their independence and where they fit in the world, it’s so wonderful and liberating for them.

“And for the family and support people of those who have some form of impairment and face many challenges, to see them travel the world and live out their dreams is incredible.”

Being a team doctor in Tokyo was “next-level difficult” because of COVID, but one bonus was having only minimal illness because there were strict hygiene protocols and constant mask-wearing. “It was a very different Games, and as Australians we lived as a bubble within a bubble. We didn’t go out into the community,” Rachel says.

“While there was dubbed crowd noise on TV, when you went out into the stadium there was only the sound of 20 hands clapping. For players in some sports, it would have been very different without the roar of the crowd, and you were able to hear your teammates and yourself breathing, and the opposition saying things.

“And COVID was never very far from your mind because we were doing daily saliva tests and health reporting and masks were everywhere, and there was limited interaction with other sports.”

Rachel and the rest of the team had to leave Tokyo within 48 hours of competing, whereas when she competed in Sydney, she was able to attend every day of the Games.

“We then faced two weeks of quarantine when we got home – and rightly so, because most people felt incredibly lucky that we were even able to go over there, and there was some moral and ethical conflicts that we were able to do that in the middle of a pandemic,” she says.

“As many of our people came out of quarantine, Sydney and Melbourne were going into lockdown so there were no welcome-home parties – you came home to another nose swab and COVID test.”

Although keen to get home to husband Ric Renton and their two-and-a-half-year-old daughter Poppy, Rachel enjoyed her quarantine at Howard Springs in the Northern Territory because it was a rare chance to sit and catch her breath.

Back in Perth, she works part-time at Perth Orthopaedics as a sports injury physician and is a project lead for an Australian Institute of Sport initiative to improve education and resourcing for female athletes.

“I think many people believe that athletes are so in tune with their bodies, but research from Griffin University a couple of years back asked almost 200 elite athletes if they could identify female sex hormones, and only 14% were able to identify oestrogen and progesterone,” she says.

“So, we have a long way to go to educate that unique female issues such as pain with menstrual cycles or breast pain are real things.

“It’s things like making sure you have the right bra support, and that’s really important not just at an elite level but also in community sports.

“There are also non-health related things in terms of performance – because up until recently female cricketers were wearing men’s shoes because the companies hadn’t made shoes for women, despite their feet generally being narrower. There’s still a lot we can do.”

And as Rachel reflects on what she has been able to achieve in 2021 – a year that will not be remembered as the most productive time for many people – she considers herself “incredibly lucky”.