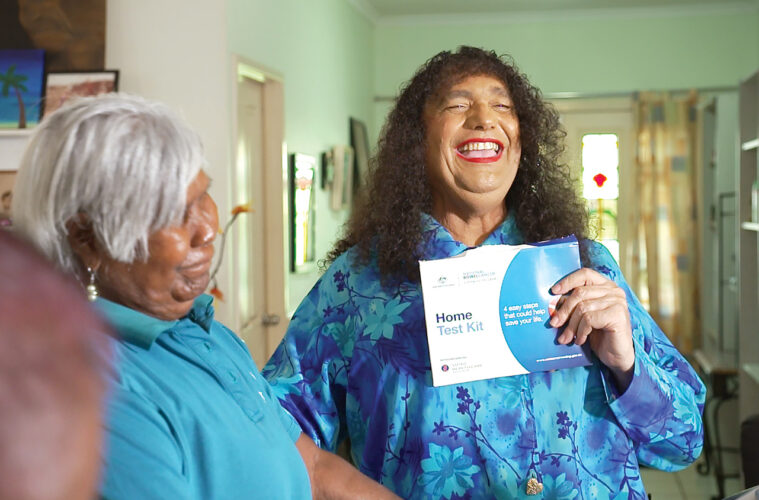 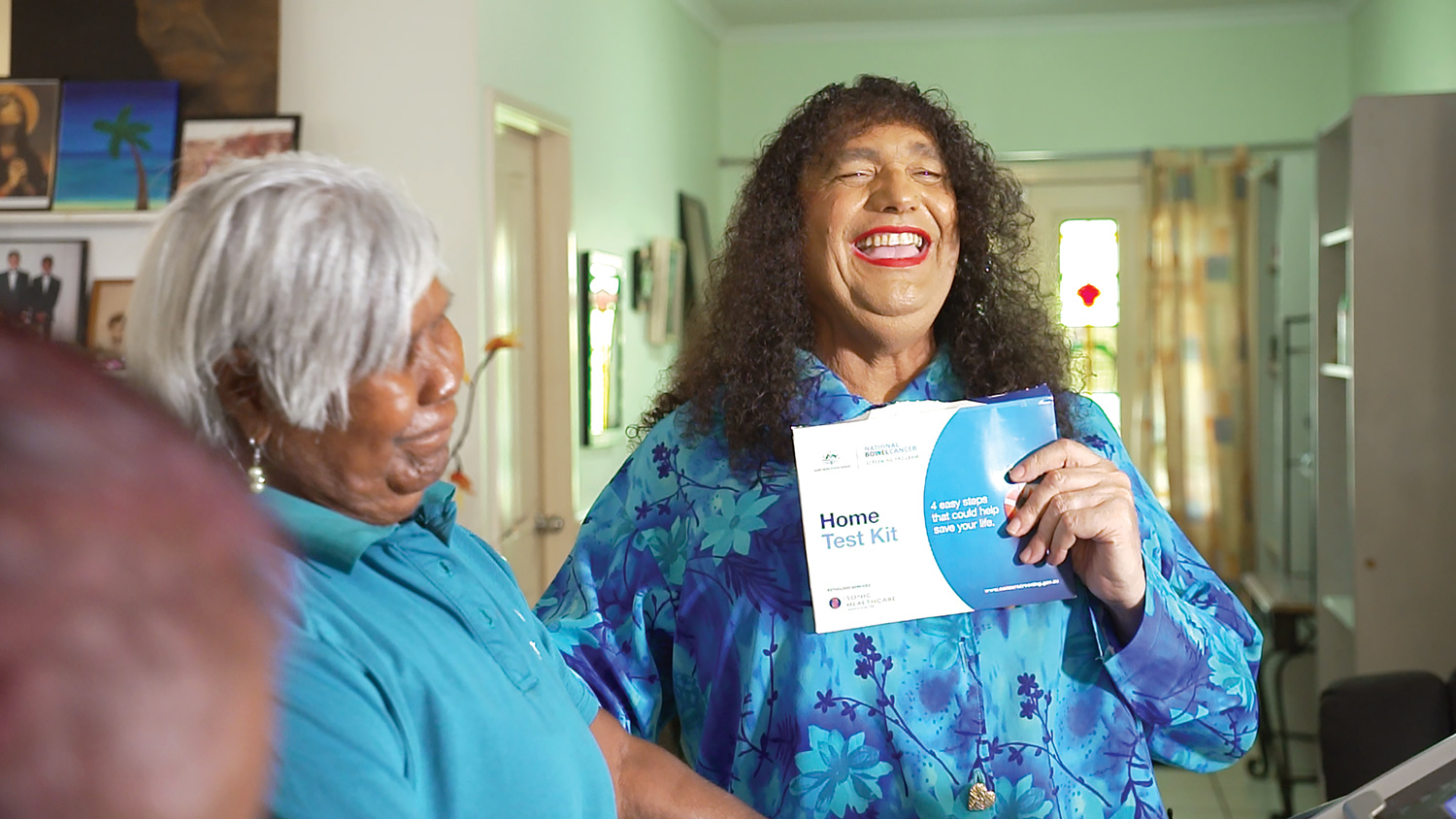 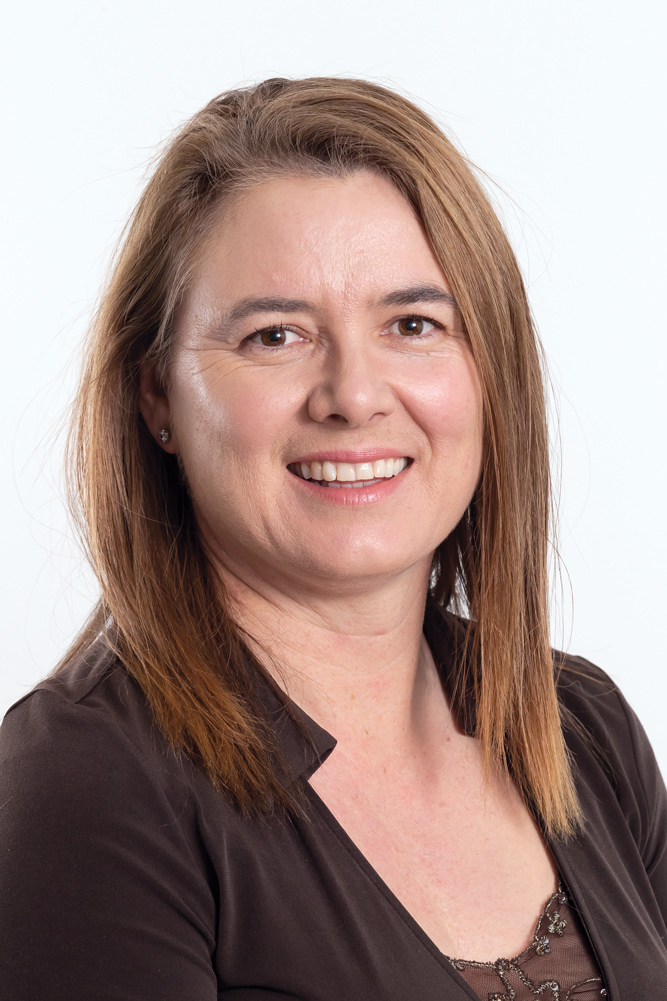 While participation is hovering at around 43%, some priority populations face additional challenges to participate. One of these groups is Aboriginal and Torres Strait Islander people, with the latest data indicating a participation rate of 27%.

Strategies have been employed to boost Indigenous participation rates, including an alternative pathway pilot program. The pilot ran for 12 months from November 2018 to October 2019, and saw encouraging increases in engagement with bowel screening and kit completions.

While we await its national roll-out, the question remains as to how to raise the profile of the program and start conversations among Aboriginal people.

Using funds bequeathed to Cancer Council WA, our bowel team has worked closely with the Aboriginal Health Council of WA and Derbarl Yerrigan Health Service to develop an awareness campaign for bowel cancer screening among WA’s Aboriginal population and encourage participation in the NBCSP.

We engaged our Aboriginal advisory group and elders, staff at Aboriginal Medical Services and community members across the state to fine-tune the campaign.

Initial campaign planning saw the development of a number of videos featuring Mary G, a well-loved Aboriginal personality, educator, and radio presenter, to raise awareness of bowel cancer, and her humorous delivery was a great way to broach such a sensitive topic.

In the early planning stages, these campaign materials were to be used across WA. However, as community consultation continued, the feedback highlighted the importance of running local, targeted campaigns, and ensuring that the materials used in each region resonated with the local community.

In addition to the Mary G materials, which were ultimately used only in the Pilbara and Kimberley, the campaign also featured local Aboriginal people from across the regions, delivering their own personal message about the importance of screening to their community.

Last year’s Facebook campaign was a great success, with the material generating much online discussion among Aboriginal people.

Engagement with both the Mary G campaign and the local bowel screening champions campaign was high. Social media posts saw comments from community members encouraging others to take part in screening and noting how easy the test was to do. Importantly, it also generated comments which shared community members’ personal stories of taking the test, and the positive outcomes of that action. We know peer encouragement is so important in creating health-related behaviour change.

We’re excited to run the campaign again this year. We’ve sought out a few new faces for the campaign, and this year its running over the cooler months, encouraging people to do the test when it arrives, particularly in the hot regions in WA where kit samples can be damaged due to the heat.

As with last year, we’re hoping for the same positive engagement with the campaign, and that people are motivated to do their kits when they come in the mail or to reorder a free replacement.

GPs influence their patients – you can identify why they aren’t screening and encourage them to do the test. Why not start the conversations today with your eligible patients? Even if they feel well, check if they’ve got a kit at National Cancer Screening Register, order them a replacement and start the conversation.

It could save their life.