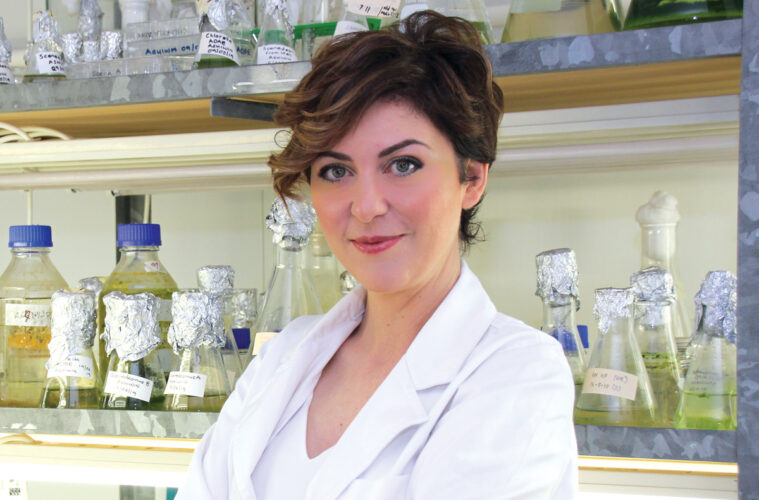 Insects yield up their secrets 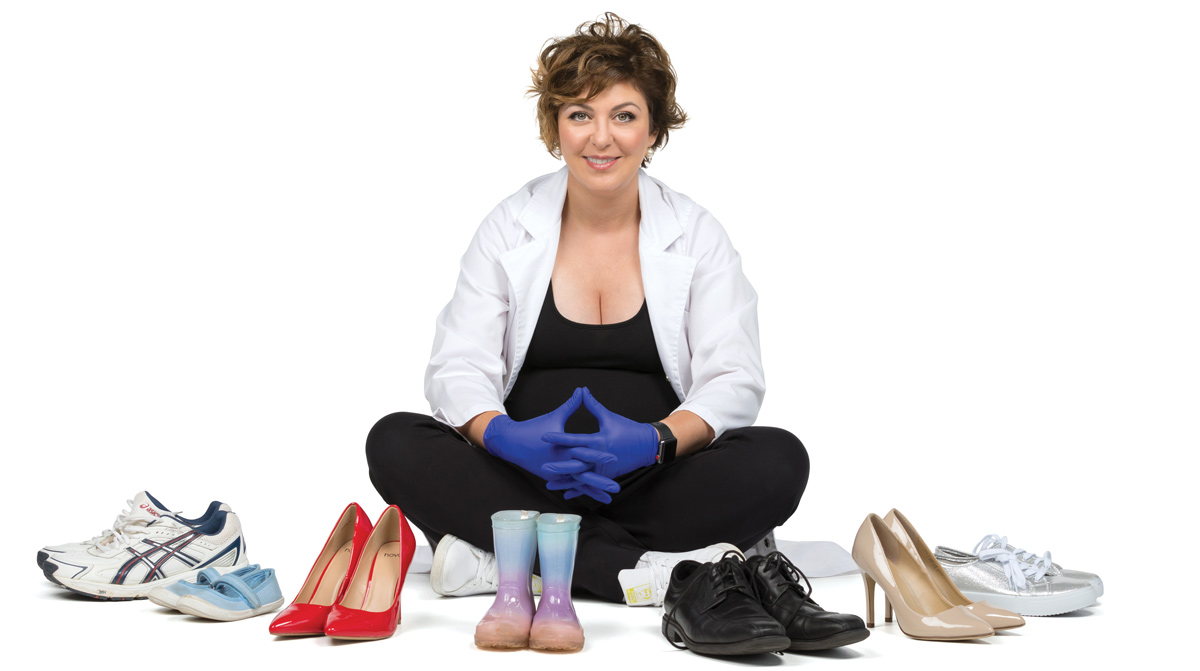 Cathy O’Leary talks to Perth’s own CSI-inspired forensic sleuth who communicates with the dead through insects.

Chat to Dr Paola Magni and chances are you will soon be talking about decomposing bodies, maggots and plankton.

A senior lecturer in forensic science at Murdoch University, she has been dubbed the ‘bug whisperer’, admitting that even as a young child growing up in Italy she shunned dolls for dead insects.

“I was certainly a weird child and would carry around a magnifying lens, and I didn’t want to eat animals because they were once alive, so my mum would trick me into eating meat,” Paola says. “She couldn’t say it was meat or fish, she had to give it another name.” 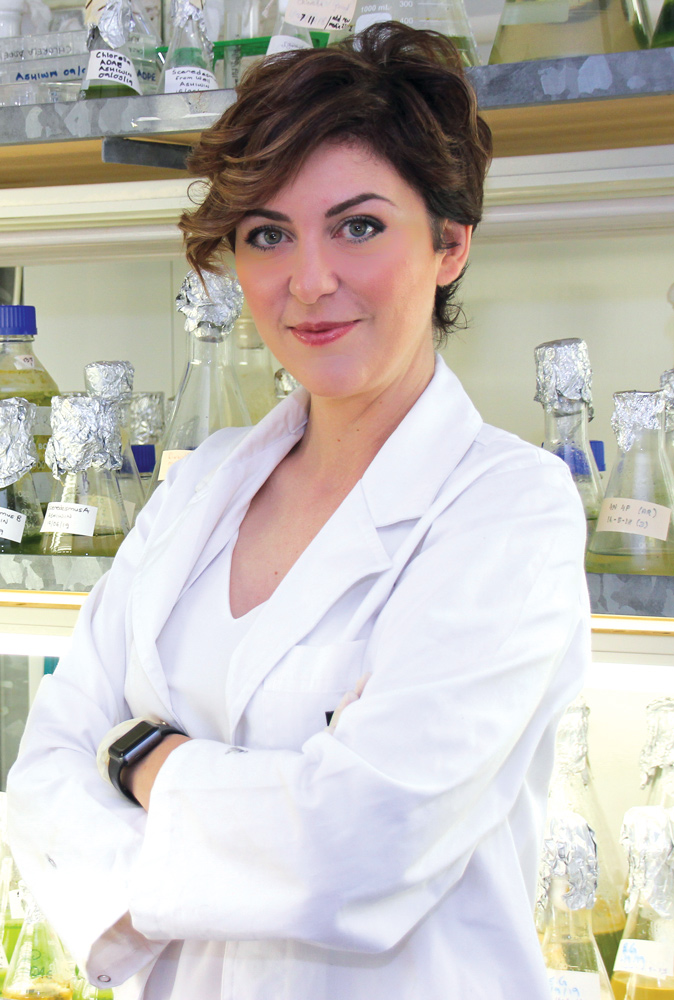 Paola didn’t always have her sights set on forensics, initially taking a degree in natural sciences focusing on biology and geology, before randomly choosing a unit in entomology, or the study of insects.

“I was in love with nature, but I wanted to apply that knowledge for a bigger cause, something that was useful for society.”

She soon discovered that studying how insects and animals interacted with dead bodies could provide crucial forensic evidence, helping pathologists and police solve how and when crimes were committed, both on land and in water.

In Italy – and later in Australia – she helped with murder investigations and cases of animal cruelty and biosecurity.

By land and water

“Working as a ‘pure’ forensic entomologist is my bread and butter, but I was working in Italy in a city which had a huge river and several cases of people jumping or being thrown into the river, and since my expertise was unique, I started getting involved in cases of people found in the sea, underwater, beached or floating,” Paola explains.

“Movies focus on dental records, fingerprints, footprints, DNA and toxicology but nobody thinks about crustaceans and plankton as the key of an investigation.”

Paola even became scientific adviser to the Italian equivalent of the television crime drama CSI, known as RIS Delitti Imperfetti (Unit of Scientific Investigations: Imperfect Crimes), which sometimes fictionalised events
from her own cases.

In 2010, she came to Perth to do part of her PhD in biology/forensic science, and returned in 2013 to take up a post-doctorate position at the University of WA, followed by an academic position at Murdoch University.

“I’ve been here since, I found work and love (she and her husband have a three-year-old daughter and are expecting their second child) so here I am,” she says.

And far from finding insects creepy, she remains fascinated by them and is adamant her line of work beats any desk job.

“I don’t like paperwork and numbers but give me a jar of maggots and it’s not an issue,” she says.

Paola is still called upon as an expert forensic witness in court, or provides media commentary on local homicide cases, such as the “body in the wheelie bin” earlier this year when a man’s body was found wrapped in plastic inside a wheelie bin in a Perth dam.

The discovery of the decomposed foot of a missing Sydney woman, found in a sneaker washed up on a beach in February, also piqued her interest. 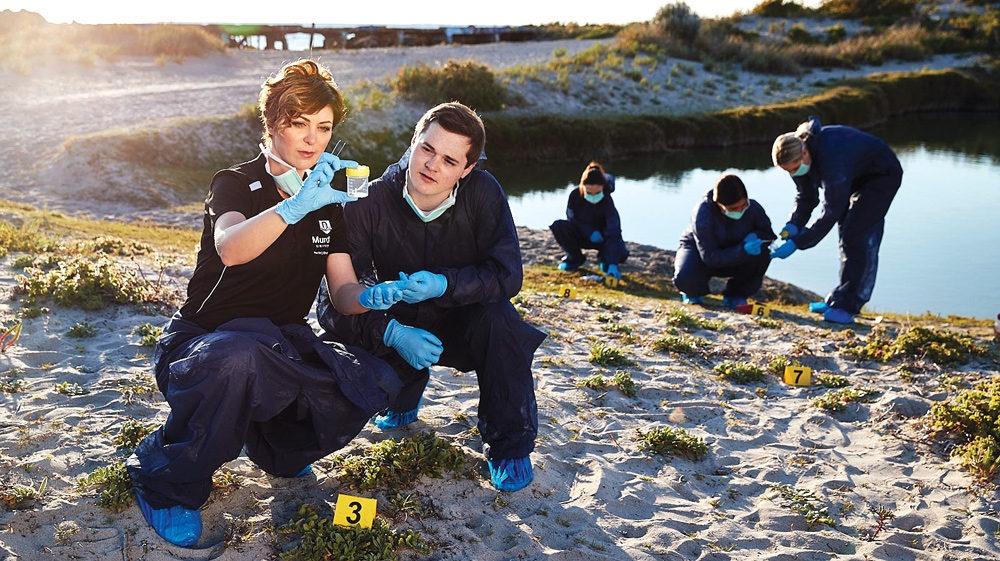 In fact, Paola admits to a shoe fetish – not glamorous stiletto heels but more the soiled and muddy variety and has designed experiments with dozens of types of footwear to see how they attract marine life.

Typically, barnacle growth on shoes and clothing can provide detectives with vital clues about how long a body has been in water or can help them reconstruct the crime scene.

Paola is now considered one of the world’s leading experts on water-based forensic entomology.

“Some of my research oddly enough is about shoes, bad people and the ocean,” she says.

“My expertise is the decomposition of human bodies in the environment, and that can be terrestrial or aquatic. In real cases it is rare to find completely naked bodies, so my research is focused not just on the body, but also on the garments and shoes they’re wearing – the process of biological and zoological colonisation and the rate of decomposition.

“I also have an interest in decomposition in confined environment such as suitcases because, believe it or not, every year several bodies are found concealed in bags and luggage and these can be an investigative dilemma.”

She explains that if someone kills a person and puts them in a suitcase or a bin, and then puts that in the water, the combined effect of the confined environment and the aquatic environment can make the investigation extremely complicated for police.

“But I find it interesting and challenging. DNA traces in salt water only last a limited time, bloodstains are washed away and footprints don’t even show. Fish eat the body, the body moves too, because in an aquatic environment you have tides, currents and waves so the body never stays in the same place.”

When it comes to the role of insects in criminal investigations, many people think of flies and dead bodies, but Paola says it can also be cockroaches, crustaceans and spiders – they all became clues from nature.

“People think of a fly as a single thing, but for me it can be 12 species, and they are specific to their environment, or they’re seasonal, so the fly you find in the city is not the same one you will find in the bush. So, if you find a particular fly, it can show that the body has been moved since death.”

Paola argues the environment is everywhere and can be changed by events in criminal activity, whether that occurs in a clean apartment or in the middle of nowhere in the bush.

“In the ideal situation, they would call me when a body is still at the scene and I have the opportunity to look at it, look at the environment, and take samples from both,” she says.

“Once the body is removed, I continue at the scene to see what was left by the body and I continue at the autopsy, because sometimes you find something inside, like maggots in the oesophagus or plankton in the liver or bone marrow, and I use different types of technology to find things that you wouldn’t see normally.

“Then the work continues in the lab and then in court, so the process can be long and complex, especially when you can work from pictures only, or you receive damaged samples, or you might have limited resources to work with.”

Paola says in cases of homicides involving a sexual attack, it may be possible to find evidence, such as the semen of the perpetrator, in the stomachs of maggots for a longer period of time compared to the window to obtain human DNA from the victim.

Apart from homicides, forensics entomology can help in cases such as elder neglect, using insects to work out the time bed sores have been present.

But some of her research is a hard slog and very unglamorous, including when she had to work on 116 decomposing piglets.

“The decomposition doesn’t stop because it’s Sunday. I also remember a time during my PhD when I had to check on fly eggs every three hours, so I had a pillow and blanket in the lab and I slept there.”

Paola says some circumstances can be confronting, and she always thought she would become upset dealing with a case like the body of a pregnant woman or child.

“You see it as a machine that isn’t working anymore and nature has taken over, and you try to forget about the sadness of the situation. You have to be objective, and I found myself very natural in that. I am lucky because some people find it more confronting.

“What’s in front of me is a job and a challenge that only I might be able to help with, to get justice for the victim, the family and society.”

Paola is aware that her work is different from that of a doctor or paramedic working to save a life. The person in front of her is not alive, so there is no immediate urgency.

“I arrive when things are finished, so I feel luckier than the paramedic, or the doctor in the emergency room or the surgeon trying to save a life.

“My brother-in-law is a paramedic and sees situations that are way worse than I see. If someone has to be brave and courageous, it’s someone like him because they see things in the moment they’re happening.

But she is satisfied that her job can provide vital information that can be used in the justice system, and ultimately contribute to society.

“People think scientists are not creative, but that’s not true. When you’re doing an experiment, you need to think outside the box, and because women are good at multi-skilling, they’re so made for science,” she says.

“The main thing is to do what interests you, and don’t be scared of sciences. You might think it’s about old men in lab coats but it doesn’t have to be like that. You can still wear a nice dress under the lab coat.”

ED: Paola is a finalist in the 2021 Western Australian of the Year professions award. The winner will be announced on June 4.