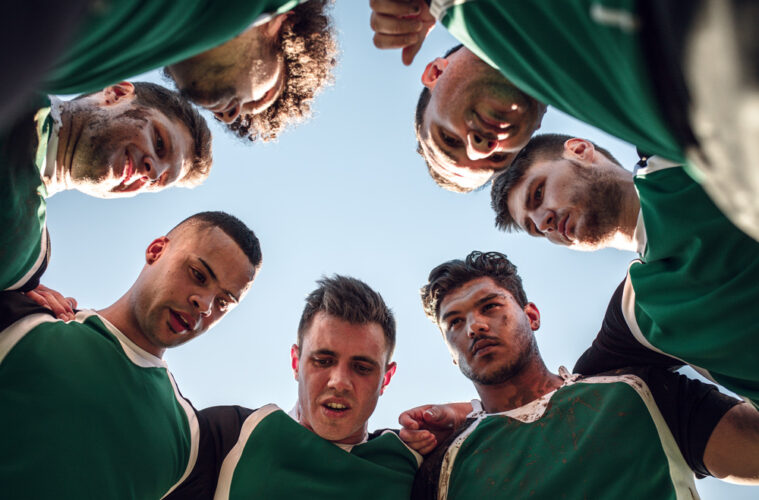 Football is being used to lure men into a healthier lifestyle, as Dr Karl Gruber (PhD) explains.

The Aussie-FIT program is a first for WA, a program that offers an evidence-based and personalised approach to fitness enlisting a football focus to improve the health of men with cardiovascular disease.

Cardiovascular disease (CVD) is the number one cause of death and morbidity in Australia and globally. It is estimated that nearly 18 million people die from CVD each year. In Australia, more than 640,000 men suffered from some form of CVD during 2018 and nearly 18,000 died from their condition.

Among these, the most common types of CVD are coronary heart disease, stroke and heart failure, which are strongly influenced by lifestyle.

The most common cause behind these heart problems is the blockage of blood vessels due to the accumulation of fatty deposits. This blockage results in a reduced supply of oxygen to the heart and the brain, which can lead to serious health problems such as stroke or heart attacks.

The risk developing these fatty deposits is substantially higher in people who are overweight and obese, who usually follow an unhealthy diet and engage in limited physical activity. In addition, obesity can worsen several other risk factors associated with coronary heart disease, such as high blood pressure, dyslipidaemia, blood glucose levels, systemic inflammation, and can lead to increased prevalence of metabolic syndrome and Type 2 diabetes.

In Australia, about 67% of all Australians over the age of 18 are overweight or obese. This figure translates to more than 12.5 million adults currently living with an unhealthy weight that can increase their risk of heart disease and other conditions.

For most men, it is clear that following these guidelines is a daunting task, with current statistics showing that more than 80% of men between 18-64 years of age do not meet Australia’s physical activity guidelines.

But for one Perth researcher, a way around this problem is to attract men with something they like – football.

Led by Associate Professor Eleanor Quested, from Curtin University, the Aussie Fans in Training (Aussie-Fit, http://www.aussiefit.org/) project is an innovative health program that seeks to empower men who are overweight or obese. The program is delivered in a professional sport setting and is specifically tailored for men and for the needs of each participant.

“It uses men’s passion for sport as an effective ‘hook’ to engage men in healthy behaviour changes such as being more active and improving diet,” she told Medical Forum.

Aussie-Fit is a free 12-week program of 90-minute weekly sessions, run by trained coaches, where men learn to change their lifestyle, improve their levels of physical activity and their diet. The program is based on the highly successful Football Fans in Training (FFIT) program, from Scotland and is the first of its kind in WA.

The idea of using a football-inspired setting is based on scientific research showing that health interventions are more effective when designed to appeal to men’s interests. “Sport spectating and passion for a favourite team is common among men and the idea of a football focused weight management program is likely to be appealing for many men,” she added.

Participants who follow this program should see significant improvements to their health such as reducing their body weight to a healthier level and reducing their risk of heart disease and other conditions. Improvements in mental health are also commonly reported.

“Changes to lifestyle behaviours such as physical activity and healthy eating are the cornerstones to reducing obesity, managing a range of medical conditions and improving life expectancy and quality,” she said.

“As well as the health benefits identified above, men get the opportunity to meet like-minded guys in their area, a behind the scenes experience at their local club, a free Fitbit (used to self-monitor activity during the program) and a club T-shirt, to promote a sense of a ‘team identity’ among the men.”

Previously, 130 men enrolled in the first deliveries of the Aussie-Fit program, which were delivered with the West Coast Eagles and Fremantle Dockers AFL clubs. The program has now expanded, thanks to funding from the Department of Health.

“We are recruiting men to take part in Aussie-FIT in regional locations such as Northam, Albany and Bunbury. We also have funding from the Heart Foundation to recruit men with cardiovascular disease to take part in a feasibility study of Aussie-FIT with this population,” A/Prof Quested said.

“This exciting new program is run at South Fremantle Football Club and Swan Districts Football Club and will tell us more about the potential for this type of intervention to benefit people with clinical conditions.”

The plan is to expand this program to other sports beyond football and to offer a suite of sport-inspired health programs that can benefit other groups, not just men.

“This might include programs for families and programs delivered in other sport contexts. I am also keen to explore the potential of the program to benefit men with other medical conditions,” she said.