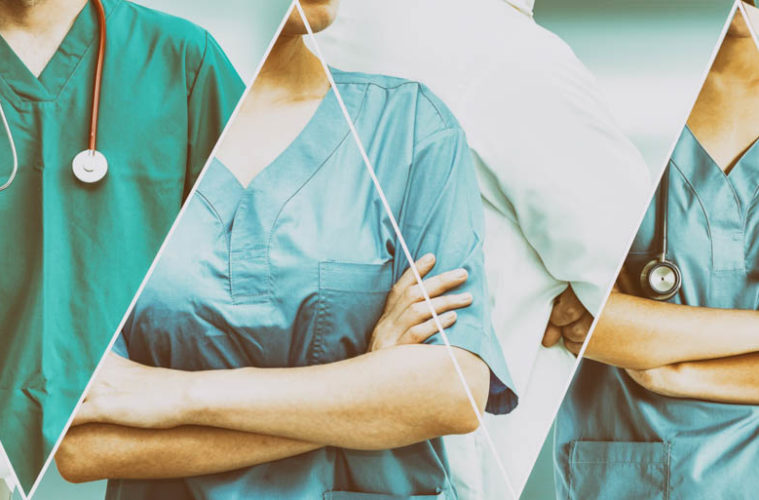 Leadership in the COVID era

In times of crisis, we need good leadership but what are the hallmarks of a good leader?

Among the multitude of issues that will be sifted and picked over once COVID-19 becomes a mitigated virus (please the science gods) is leadership and how its execution affected the way societies, systems, teams and individuals coped during and after the crisis.

Health leadership at this time has been firmly fixed at the centre of the decision-making, not just within the system but for the entire global response to the pandemic. And it has shown its colours, sometimes in unexpected ways and in unexpected quarters.

In the context of the conference, her address was about the importance of developing a good work culture and thriving teamwork to enhance the wellbeing and productivity of team members – the essential focus of every successful leader. In the context of the response to COVID-19, those elements are critical.

The 2002 Bali bombings and the response in particular of the Royal Perth Hospital burns unit, of which Prof Wood was head, has formed much of her thinking around the topic of leadership.

“No one can create a good culture and team on their own.  We all bring our training and knowledge to work every day. But it doesn’t stop some of the things we see on a daily basis,” she said.

“If you ask me to talk about Bali, I’d have to swallow hard and stiffen my back. I know that over the years I’ve accumulated trauma and I know that even though I consider myself an extraordinarily resilient individual, I’d even say I’m bulletproof, there is an element of clay feet in that.

“I know that I cope because I work with an extraordinary group of people.”

Prof Wood talked passionately about medicine being a privilege and one to share. In order to do that consistently and be proud of the work achieved personally and collectively –  “bringing your best selves to work each day”— it was important to practise self-care.

“It’s the simple things such as family connection, good food, exercise that help me look after my wellbeing so I can bring my best self to my patients and colleagues.”

In 1991, she was appointed director of the Burns Service of Western Australia.

“On Friday, I was the registrar. On Monday, I was the boss. I was a bull at a gate and, I confess, I still am, and I found myself heading a multidisciplinary team that had been established by Dr Harold McComb and taken over by Dr Robert Wheeler.

“It was a very tight team and I was striving hard on my life’s big opportunity, introducing something new almost daily. And we were changing things. This was the start of the spread of skin cells. We were changing how we skin graft and how we did dressings, how we were mobilising, telling patients they couldn’t lie in bed. 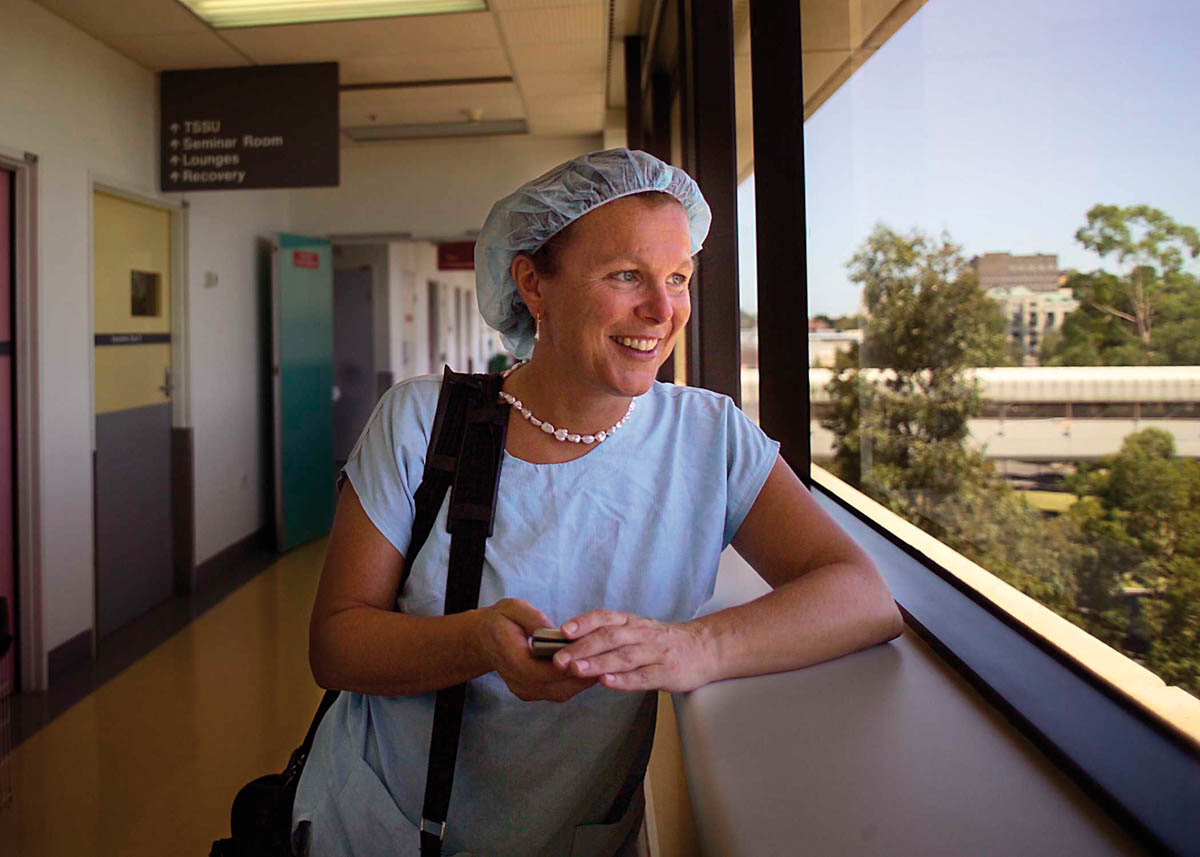 “All these things were happening and I thought it was fantastic. I’ve got a team, and I was leading and change was happening, but it was happening without any insight from me.

“By 1993, I hadn’t understood that the elastic between me and the rest of the team was stretching to the point where it wasn’t able to rebound anymore. The social worker of the team chased me down the corridor, and I was doing the classic walking talk. I got to the door, and she said ‘no, you’re going to sit down’.

“I thought, Oh, God, this is something really bad. She sat me down and said, ‘we can see you’re passionate about this. We understand you really want to change things for the better but, as spokesperson for the team, I’ve come to tell you we don’t know what you’re doing.  We can’t explain to patients’ relatives what’s going to happen to their loved ones anymore. We’ve been doing it the same way for so long and now we’re not. How do we understand?’

“It was a really good lesson for me, both in leadership and team building, because there is absolutely no point having a team of people around you and not respecting what they do. There is no point bringing people to the table then ignoring what they say and not actually allowing them to be the best selves that they can be.

“One of my coping strategies is learning from today to make tomorrow better because if I look at someone and tell them we will do everything we can, only to fail and they die, then how am I going to get up tomorrow and do it all again? It’s by learning and changing what we can change and always moving forward so that we honour these people’s suffering.”

Prof Wood introduced that idea to the team.

“We built the team in a much more purposeful way around nursing, allied health, the medical teams and the aesthetic teams, linking those teams to infectious diseases, ICU, pain. Each team member is highly skilled in their area and each has a voice and a leadership role within the context of the team. “There’s no point in building such a team and then do what you want anyway.”

When Bali victims started arriving at RPH the Sunday night and early Monday morning, the extent of the disaster and workload was apparent.

“We had a meeting in the RPH boardroom with everybody involved from theatres to ICU to the wards. Everybody put a plan on the table. Everyone went away. Three hours later, we came back and we executed the plan.

“I had worked hard on flattening the leadership pyramid but, in those weeks, I had been questioned very little, to the point that some nights I would go home and feel really isolated. I felt like I was on my own in that everything I asked, people said yes, even at home, which was particularly weird.

“I put my head down and kept going, but I felt like the pyramid had shrunk to a needle point. When we reflected after the three weeks, and colleagues who had come from other hospital or states were returning, I stood back and thought, well, we discussed it and everyone said it was clear what had to be done and there wasn’t time for everybody to be involved in the decisions that had to be made.

“That acceptance was built on the respect and the cohesion which had developed years before.

“So, leadership is dynamic and needs to be responsive to situations. There’s leadership potential in everyone and everybody can lead in their aspect. I really believe you can have a team of leaders, in fact, I think a team of leaders is a very solid structure because it has the input of a range of experts.

“We need this sort of dynamic leadership, not just in situations of extraordinary stress and challenge, but we also need it on a day-to-day basis.”

Prof Wood said that understanding this type of dynamic leadership and the capacity of the team helps the individual parts feel more supported in times when “it’s not always sunshine and roses”.

And that, in turn, leads to building a culture on the foundations of respecting the value of the individual and the power of the sum of those parts.

“If people believe they have a voice and are listened to; if they are encouraged and inspired to develop their skills and feel personally good about doing that; these people will enjoy what they do. The whole team starts to move forward and a healthy culture is created.”

Fiona sounded a warning note that teams and culture needed constant nourishing if they were expected to respond swiftly to change.

She recounted the experience of bringing different burns teams together when Fiona Stanley Hospital was opened. A shopping centre explosion put staff to the test with some very unwell people in ICU.

“There were the Fremantle guys, there were the Royal Perth guys and there were staff from all over the world. We had spent 20 years building a model of care in our intensive care and then all of a sudden it hit us like a freight train.

“We were a team that worked together, we weren’t going to give this patient over and disappear until they were better.

“So, we all had to step back and start to build again with mutual respect and kindness. We were in a new environment and the wheels were wobbling. I felt it caught me out because I had to change, the paradigm had to change. It felt like I was back in 1993, yet with a vastly different level of understanding of how to actually engage in changing the capacity of this team.

“We had to bring the team back together and readjust in this new environment. So, it was again, a wake-up call for me.”

Respectful communication is, unsurprisingly, an important element to successful leadership. Equally important is managing negativity. Fiona’s team culture is what she describes as a “whinge-free zone” and it’s a lesson she learnt from a colleague as the unit was preparing to move from RPH to FSH.

“Now it doesn’t work all the time, but in the vast majority of instances, if you give people an opportunity to solve the problem, support them to find a solution, the whingeing falls away.

“Some of the ideas might not be practical, but the benefit is in the discussions and engagement with people and the problem can actually be solved. The digital innovations we’ve come up with were born from whingeing.”

Prof Wood thinks leadership grows in people in times of crisis and brings out the best in a team.

“If you’ve got people at the table who have got information, opinion, data, then you are cognitively and intellectually trained to be able to solve a problem at that level, a higher level, not just defaulted to the way you always do things.

“That’s really quite challenging. It may be that what you were going to do is the right way, but you owe it to the team to pull it apart and demonstrate why, so that everyone else believes you are right as well.

“It is all about dialogue, discussion and understanding, knowing that if you need to respond in a different way, you’ve got the cohesion to back change.

“Everybody gets up in the morning wanting to do the best they can and to go to sleep at night knowing they have done that, all within a framework of support and kindness. That’s when we’ve achieved the culture of teamwork that we should all strive for.”