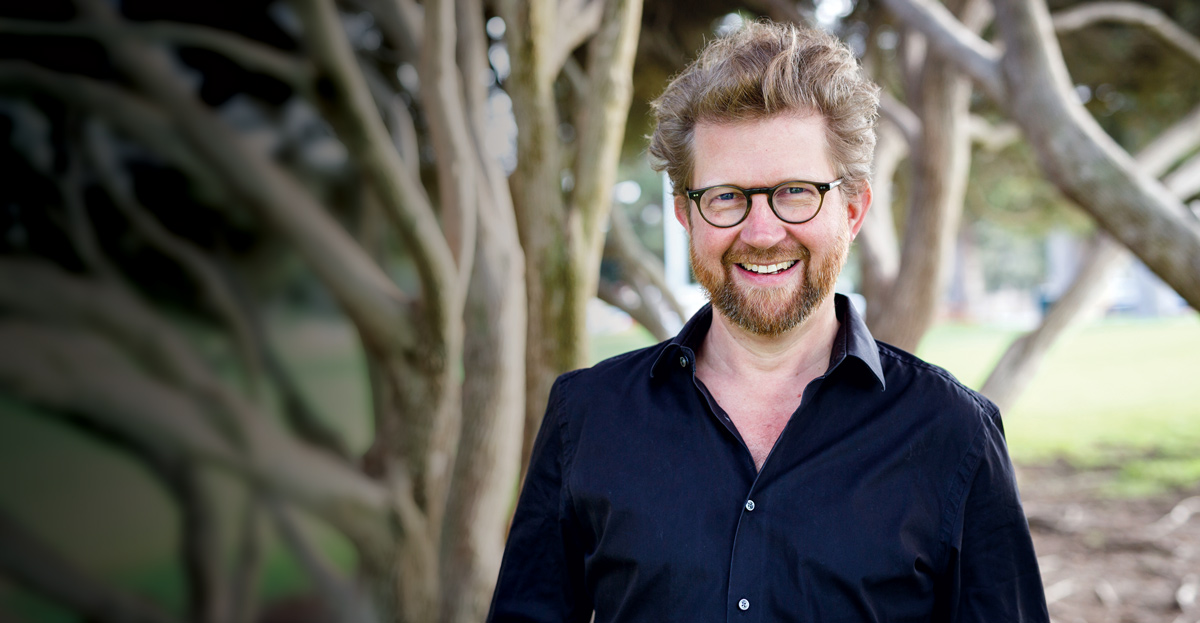 This year’s Perth Festival could only have been made right here – and it is world class. Ara Jansen speaks to festival director Iain Grandage.

“These works could be on a stage anywhere in the world but the stories could not be made anywhere else but here,” says festival artistic director Iain Grandage. It’s a big statement but it’s also a clarion call for an ambitious festival made under the most extreme of circumstances.

He’s right though, these stories could only be made here. They are our stories, inspired and influenced by the place that is uniquely Western Australian – our links to the land and river, to each other, to First Peoples and history.

This is your one warning: box up your perceptions and banish any cultural cringe. The 2021 Perth Festival is a glorious outpouring and celebration of creative energy.

For Grandage – who grew up in Perth – this year particularly felt logical as the holder of the beacon to oversee a festival celebrating us. Old friendships were reignited and new ones made to bring together inspiring and uplifting events.

“I think cultural cringe is a moot point now, it’s in the past. There’s an absolute sense that the created work is of international quality and that what we have is the opportunity to celebrate and show the public that’s the case. What we’re doing here is also making
an investment for people to be
at their best.

“It’s not an act of parochialism. It’s an act of collaboration born of necessity and we’ve done that as strongly as we can. The breadth of artistic practice here is huge.

“When the art is good here, it’s good on the world stage. I have long had that sense of knowing when we do something really beautiful and celebrated here, it is world class. I hope that a lot of these stories eventually get to travel out to the world.”

This year, the locations of events in the festival program are also included in Noongar – Kaarta Koomba (Perth CBD/Kings Park), Yandilup (Northbridge) and Gumap (Government House). As part of the festival’s commitment of Indigenous-led art, Grandage hopes this opens new language doors and that people will start to use them more regularly in their everyday speech.

“I hope people will want to at least become familiar with the language of this place – the tones, the sounds, the rhythms. It’s something powerful and functional and helps makes the language accessible.

“I remember being in Wales and watching the public exploration of the Welsh language. It felt palpable as all the bilingual signs went up. I think the sense of belonging is more infinitely profound as a result.”

The festival commission Witness Stand is an invitation to gather and spend time learning together as sound works pay homage to the ancient stories of Whadjuk country. Bruce Lee’s classic kung-fu film, Fist of Fury, is the first feature film to be revoiced in an Australian language with English subtitles. Yirra Yaakin Theatre Company presents its first queer work with an all First-Nations cast revisioning the warm comedy, The Sum of Us.

This year’s festival theme is Bilya – river. Whadjuk Noongar custodians call the Swan River Derbal Yerrigan and is an important part of the creation story of this place. Not only does the river run through our city and provide all sorts of symbols, outlets and an enduring presence in our lives, metaphysically we’re connected by rivers of histories, energies and bloodlines which run through us all.

Throughout this year’s program, there’s an opportunity to explore cultural history through events like Galup, an interactive walking performance which happens just before sunset on the banks of Lake Monger. It brings to life largely unknown histories of the area in an intimate truth-telling performance.

Gina Williams and Guy Ghouse present the world premiere of Koort (Heart), the second of their four-part song cycle which follows the singer’s personal journey as a child of the Stolen Generations. In Dreams of Place, the Western Australian Symphony Orchestra and WA Youth Orchestra honour country with new work by Noongar musicians and performers alongside classics from Sibelius and Stravinsky.

“I think there’s a thirst in the audience and the community to hear these stories. It’s an opportunity to put ideas forward and to learn,” Iain said.

“I have always been in love with this place, more the fact that it’s as large as it is. With the festival, I love that we get to put on so many different things and we get to tell so many different stories. We don’t feel like a small cultural community, we really are in the best sense a metropolis.

“We’re part of a broad and wonderful movement that is emblematic of the community knowing itself and part of knowing itself is knowing that if you put on a story about this place it will be culturally and artistically as good as something from elsewhere.”

City of Lights:
Take the family to the Perth Cultural Centre for immersive lighting projections. Free.

A Forest of Hooks and Nails:
The install crew at Fremantle Art Centre, normally unseen in a gallery, turn the tables and become the artists for an intimate behind-the-scenes experience. Free.

The Cherry Orchard:
Chekhov’s classic gets an ’80s Australiana makeover and takes place in the grounds of Dalkeith’s Sunset Heritage Precinct. Ticketed.

Ballet at the Quarry:
The West Australian Ballet presents As One, a series of works exploring physical and emotional connection under the night sky. Ticketed.

Literature Weekend in the City:
Features speakers such as Julia Gillard, Craig Silvey, Shaun Tan, Trent Dalton and Kate Grenville. Ticketed – pay what you can.