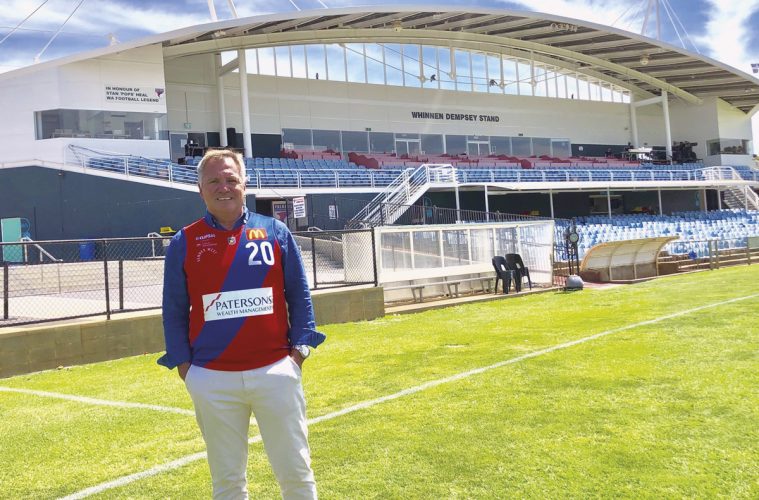 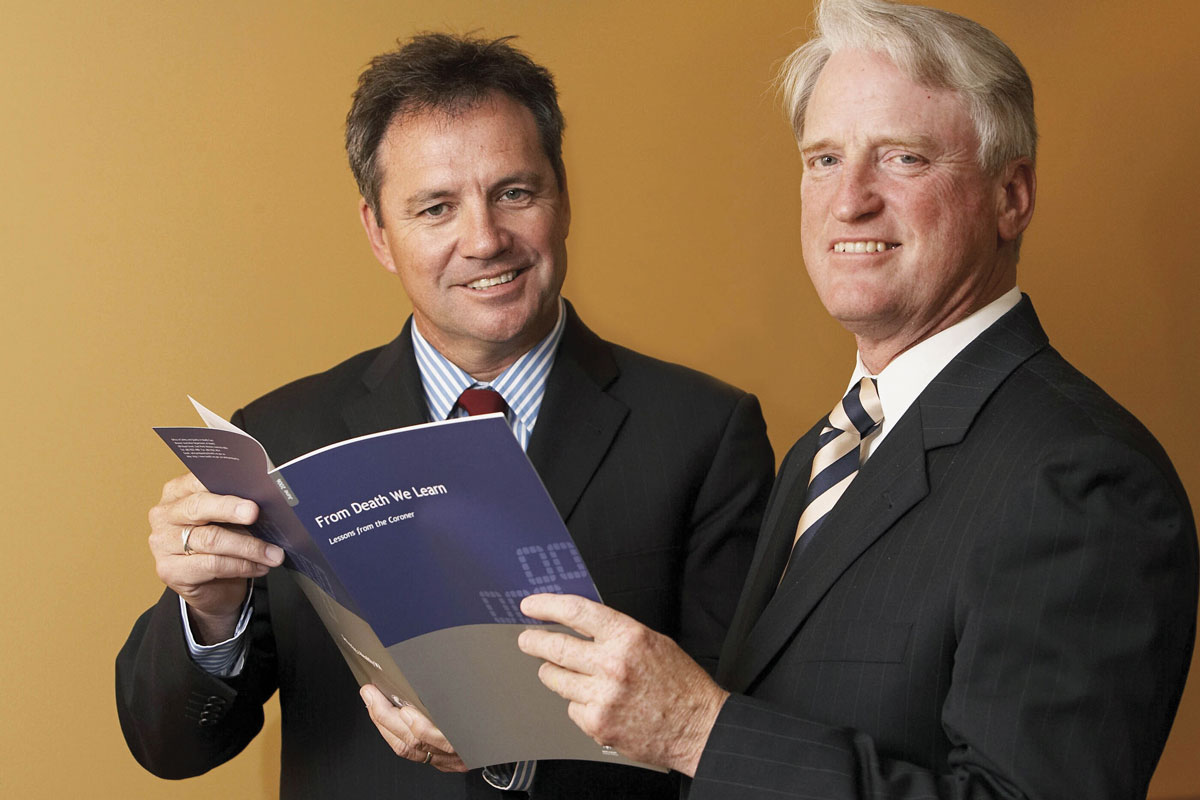 Dr Neale Fong in 2006 when he was the Director General of Health with the then State Coroner Alistair Hope.

The crux of leadership is the willingness and ability to do it in the first place. Dr Neale Fong has firsthand experience..

Not everyone wants to be a leader. Indeed, the 2016 Deloitte report Global Human Capital Trends 2016 The new organization: Different by design shows that there is a talent gap in modern leadership.

This is not surprising because the modern leader has to be collaborative, a team leader, and not a hierarchical finger pointing, authoritarian, boss. “As companies strive to become more agile and customer-focused, organisations are shifting their structures from traditional, functional models toward interconnected, flexible teams,” according to the Deloitte report.

“More than nine out of 10 executives surveyed (92%) rate organisational design as a top priority. A new organisational model is on the rise: a ‘network of teams’ in which companies build and empower teams to work on specific business projects and challenges.”

Neale Fong has not only been willing to lead, he has taken the hard knocks that come with being a leader. He also fits well in the contemporary paradigm that millennial leaders are facing, that of the team leader.

“My particular focus is developing leadership for the health care system, doctors and non-doctors, to ensure we have people who are improving their own selves, working much better in a team-based, integrated approach to patient care and ensuring that the high quality and standards we currently have are maintained,” Neale told Medical Forum.

“Leadership is the key ingredient to successful healthcare outcomes, whether it be at the population level, hospital or patient care. Leadership influences the outcome by ensuring all the resources around you are used to get the best result. There are many clinicians around the place who don’t understand they lead all the time, sometimes leading poorly. I think understanding what good leadership is, is critical and it needs to start in medical students all the way through.”

“One sign of a good leader is that they never stop learning. Good leaders are always trying to see how they can improve their own technical skills and personal skills – what we call ‘soft skills’ – communication, empathy, encouragement and all those things that are important to make organisations work.”

“But good leaders are always seeing how they can improve by reflecting on their behaviour or their attitudes and their relationships.”

“Coaching is a growing space where people open themselves up and make themselves vulnerable. I have been coached and a number of people you might call mentors or coaches in many situations have helped me improve my leadership skills. I always say to the doctors or surgeons or medical specialists, you always try to keep up with the latest of what’s going on in your technical area. The same goes with leadership in the system, always being open to learn is a great sign of a good leader.”

“I don’t like the word resilience, to me it’s a jargon word. Do you bounce back? What is it? In terms of hard knocks, I think it is about having a really firm self-belief that is based not in your ego but based in understanding what your capabilities are, what your gifts are, and then exploiting those fully.”

“If you know that you have tried your hardest, then you have done your best. I got out of clinical medicine because I like working with organisations and in teams of people.”

“I know that clinical medicine works as teams, but working in an organisation requires bringing together clinical and other departments, people, finance, all sorts of things to share that common vision.”

“If you build good people around you, they absorb some of those hard knocks with you. That is another lesson.”

“Some of the scandals that happen in the health care system undermine people’s faith in what’s happening. In those situations you need strong leadership.”

“I remember one example when there was an alleged so-called paedophile ring at one our children’s hospitals and when that became even half true, the rumour sent huge shock waves through the community. So we had to come out very strongly and understand what was going on, and where those allegations and rumours were coming from.”

“In that situation a rumour was enough to undermine confidence. So we worked quickly and while, not proven, certain issues were uncovered that ensured that we improve our vetting systems.”

“The merger of our five teaching pathology services 13 years ago is another good example of leadership. Those empires were all going on their own trajectory and we had to bring them together in one pathology service, which is now a world-class, centralised service.” 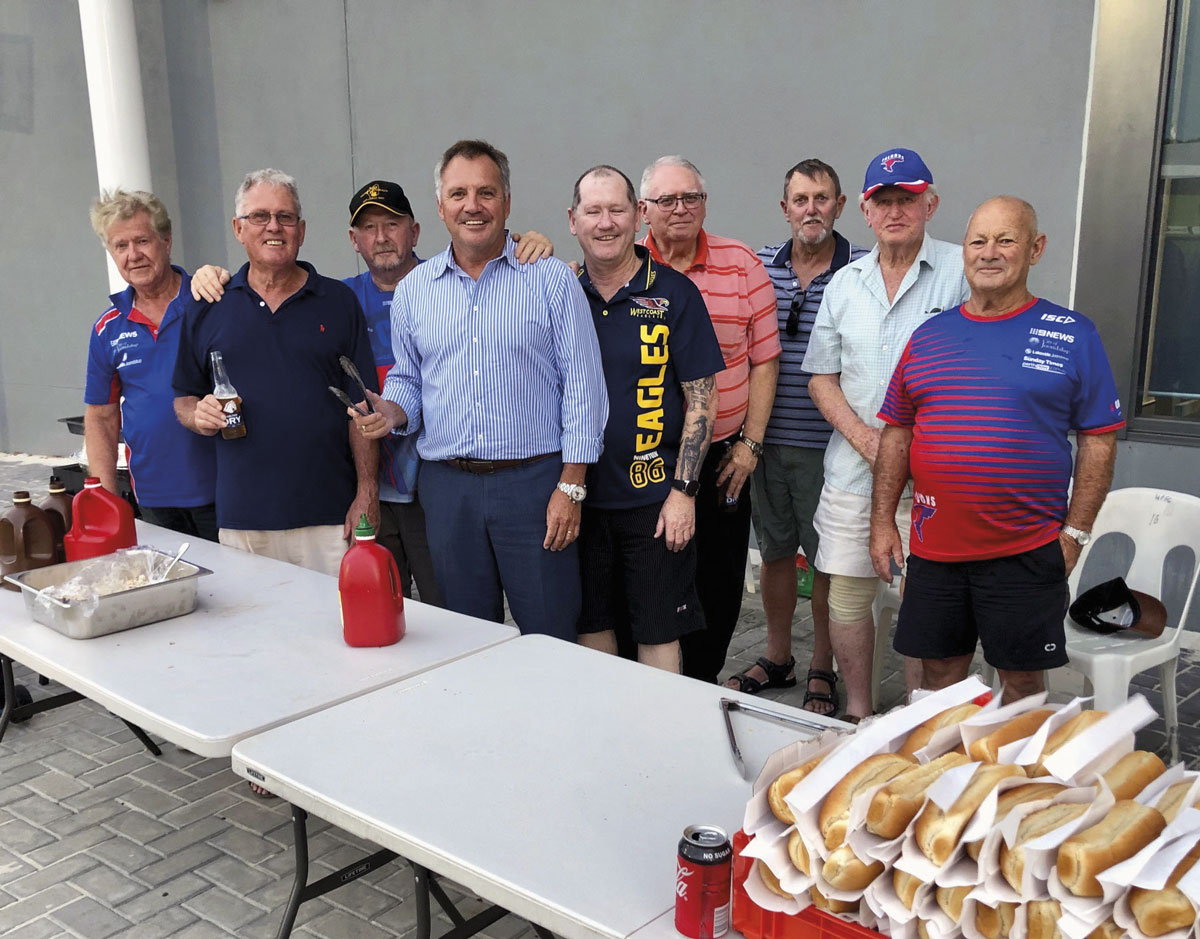 Juggling a lot of balls

“Bethesda is a faith-based hospital, but we are not embedded in the denomination anymore. We are independent and have a Board of Directors that answers to the members. They were in serious trouble here 10 years ago and the new team were able to steer Bethesda out of those difficult times,” he said.

“We have completed a $10 million theatre development and refurbishment. We look to maintain our place as the premier palliative care provider in Perth as well as a surgical hospital focusing on orthopaedics, urology, gynaecology, breast surgery and plastics.”

“We have a wonderful organisation, unbelievable staff, the staff turnover is zero because we have a great team-based approach with high quality nursing care on the edges of the Swan River.”

“We are concerned that this does undermine the private hospital system, so we are keen to see that issue addressed.”

Neale’s Bethesda office is, not surprisingly, adorned with AFL memorabilia. His leadership in AFL football is well known, chairing the WA Football Commission for nearly 10 years and having been honorary chaplain to the Eagles for 23 years.

“My recent foray into football has been to take on the presidency of the West Perth Football Club, for which I played in the in the 1980s. The club was placed into voluntary administration in the middle of last year and coming out of that they instituted a new board and asked me to steer the club on for the next two years or so.”

“It is the oldest football club in WA, one of the real stalwarts of AFL footy. I want to try and ensure that it has a strong future. The Joondalup Falcons is the only club that is in the northern suburbs of Perth, north of Leederville.”

“I love playing in team sport. It teaches lots of lessons in terms of reliance on team mates and there’s no room for big egos in a really good team.”