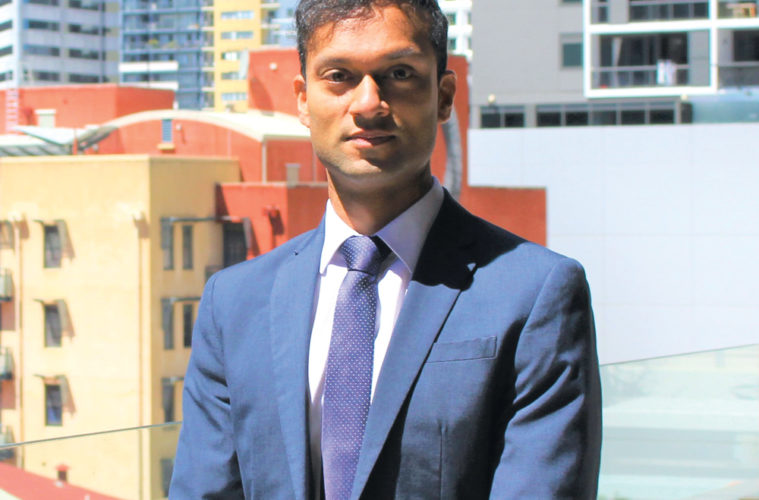 Health insurers are marching into new territory and former Ramsay executive Dr Daniel Heredia will be on the bridge for HBF.

Health insurers are pushing on with their plans to becoming service providers as well as merely bankrollers for members’ health procedures. Medibank is investing in the primary care operator Myhealth Medical Group, while HBF is about to open the first of 15 planned dental clinics.

A few weeks into the job, he is about to oversee the rollout of 15 HBF-branded dental clinics, the first in Joondalup this month, with the rest expected to open over the next four years.

But the expansion into dental means much more than providing the odd scale and clean or filling – it signals the start of a marked shift by HBF into the business of providing health services, and Dr Heredia argues it is a change that is long overdue.

Sure, the insurer has had a small foray into service provision outside the scope of basic insurance, including its pharmacy alliance, first with Friendlies Chemists, now with Pharmacy 777.

It has also offered the COACH program for 11 years, with almost 350 patients with high-risk conditions such as heart disease and type 2 diabetes helped by a structured coaching program.

But the move into dental, coupled with Dr Heredia’s brief to develop stronger links with hospitals and medicos, is a case of doing things differently for a business that was largely run by accountants and lacked significant medical expertise.

“It signals a change in direction to focus on the health of the members, moving beyond being a payer to being a deliverer of services,” Dr Heredia said.

“We’ve started with the COACH program, but this role and what’s coming are a significant shift, the first of which will be the dental clinics, with the first opening in Joondalup soon, and plans to have 15 of them up and running in the next three or four years.”

The dental clinics can be used by anyone, not just HBF members, and Dr Heredia says they won’t be built on the cheap and will be high quality and convenient. An agreement with Pacific Smiles Group extends the dental clinic network to Queensland, Victoria and New South Wales.

“The intention is for our members to have choice, but that’s not to say you have to go to a HBF dentist,” he said.

“We think there is an opportunity to do things better and, as a not-for-profit company, we can continue to invest in whatever we think will be the best experience for people, including (having clinics) in shopping centres where people are already visiting.

“The aim is to make them convenient with good access, so running seven days a week with extended hours so you don’t have to wait long if you have tooth pain.

“It’s about trying to improve the experience and access, and hopefully over time have better control over out-of-pocket costs. We’re confident that over time it will be a better value proposition for patients.”

Dr Heredia has touched on a common bug bear of people with private health insurance – the sometimes large and unfathomable gap payments – and he said the time was right to look for more than a quick fix.

“Out-of-pocket expenses is a significant issue for all health insurers, and we’re very focused on that and, having come from the hospital sector after 10 years, we have to do things differently,”
he said.

“It’s so hard for a patient to have to make a choice after paying for their premium and potentially get hundreds if not thousands of dollars in bills.

“The sector has been under pressure for a number of years and there is a constant cycle of the more you spend, the more premiums go up, and then people want to drop their cover or get rid of it altogether, and that puts more pressure on price.

“So, at some point, everyone has to look at it differently and say this isn’t sustainable to be in a cycle of prices going up.

“It can get lost sometimes that many people who’ve bought insurance don’t have a lazy $3000 or $4000 sitting around, but they do it as an investment in their health, so that when they need care, they can access it.”

Dr Heredia rejects concerns that insurers are trying to muscle in on existing primary care providers or dictate the rules, and says that HBF must work with hospitals, services providers and doctors to try to bridge any gaps.

He said his experience as a clinician in hospital management for more 10 years would help him liaise with other players in the health sector.

“Some people are cautious or opposed because in WA we haven’t seen insurers moving into service delivery compared to the east coast where it’s not a big deal for a health insurer to run a dental clinic,” he said.

“There will be challenges and it will take time for our members and health professionals to become comfortable with it.

“None of these things are meant to substitute medical care, so we’re not trying to divert people from their GP because they have a health check in a pharmacy. If something doesn’t look right in one of these checks, the immediate advice to them is to see their GP.”

Dr Heredia said he had also learnt some lessons from his secondment last year to the WA Health Department where he worked as Deputy Chief Executive for COVID Health Operations.

“My biggest lesson from being part of the COVID response was that of leadership,” he said.

“I was fortunate to work with, and learn from, some of the best health care leaders in the country, and I learnt the importance of being able to communicate effectively and inspire people in times of uncertainty.

“I also realised the need to be decisive, accountable and responsive to feedback.”

Meanwhile, health insurers face ongoing pressure to retain members or stop them downgrading their policies, known as the death spiral. The proportion of Australians with private hospital cover was just 44% in March last year – the lowest since 2007.

But there was a ray of sunshine in the last quarter of 2020, with about 100,000 people more than usual for that period signing up for private health insurance.

Dr Heredia said that while HBF had more than 50% of the market share in WA, insurers had to be more flexible, refresh their policies and create new streams of business.

“Downgrading is not always a bad thing because members need change over time, so our aim is to provide a broad range of covers to suit different life stages and budgets, whether that’s upgrading or downgrading,” he said.

“For example, a member might no longer need pregnancy and birth cover, so they select to go down a tier in hospital products.”

Dr Heredia said health insurers were also working with the Federal Government at proposed reforms to the sector, such as allowing young adults to remain on family policies for longer and reducing the cost of prostheses for which insurers paid significantly more than the public sector.

“While Australia is fortunate to have a high-quality, balanced health care system, we need to be doing things differently to ensure its long-term sustainability,” he said.