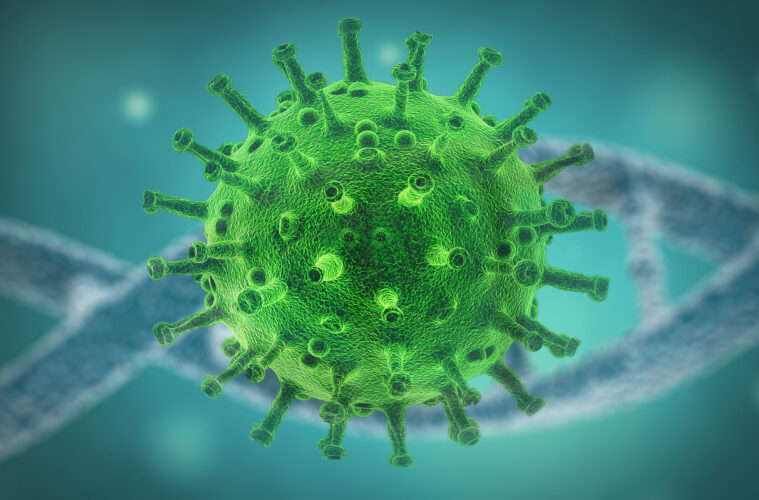 New studies show that the omicron variant of SARS-CoV-2 may be less virulent, causing milder presentations in people infected, compared to other variants and may even protect survivors from the Delta strain.

With no end in sight, the COVID-19 pandemic is now on its third year. Nearly 290 million people have been infected and more than five million have died, according to WHO data.

But, there might be a silver lining hiding within the smoke. Research so far shows that people infected with the Omicron variant tend to develop milder disease, compared to other strains of the SARS-CoV-2 virus. Also, research suggest that the Omicron variant might grant protection against more dangerous variants, such as Delta.

The Omicron variant of  the SARS-CoV-2 virus was first reported in South Africa on 24 November 2021, although the variant might have already been in Europe a few days earlier, according to a report from the Netherlands.

A major cause of concern with this new variant is the high number of mutations found in the virus, over 50, which had experts fearing it could make the virus more transmissible or better able to evade vaccines and our immune system.

Now, it seems like Omicron does have new properties, compared to older variants. For example, antibody treatments seem to be significantly less effective against Omicron, research shows. Also, the Omicron variant seems to infect people more easily, compared to variants like Delta, even infecting people who are vaccinated or who have previously been infected with other variants.

However, data so far also seems to suggest that people infected with Omicron develop less severe forms of the COVID-19 disease, potentially leading to fewer hospitalisations and deaths, compared to other variants. Data also suggest that current vaccines, like those available in Australia, are effective against the variant, particularly in people who have received a booster dose.

According to Dr Alex Sigal, a virologist at the Africa Health Research Institute in Durban, South Africa, Omicron might lead to some positive outcomes – all things considered. “Omicron is likely to push Delta out. Maybe pushing Delta out is actually a good thing, and we’re looking at something we can live with more easily and that will disrupt us less than the previous variants,” he said in a news report.

Is Omicron less virulent?
Animal studies and research on human cells support the notion that Omicron causes a milder disease, compared to previous COVID-19 variants. A large study using mice and hamsters, for example, found that Omicron led to reduced damage in the animals infected. The virus seems to mostly infect the upper airways (nose, throat and windpipe), while sparing the lungs.

According to Dr. Ravindra Gupta, a virologist at the University of Cambridge, a key to understand why Omicron doesn’t infect the lungs so well may be in a protein. Many cells in the lung carry a surface protein called TMPRSS2, which can be used by viruses to enter the cell. But, it seem like Omicron is not able to attach to TMPRSS2 as well as other variants, research shows. As a consequence, the Omicron variant may preferentially attack cells without this protein, such as those in the upper airways.

“It’s all about what happens in the upper airway for it to transmit, right?” Dr. Gupta said. “It’s not really what happens down below in the lungs, where the severe disease stuff happens.”

According to Prof. Alex Sigal, from the Africa Health Research Institute, who led the study, their findings show that infection with Omicron may result in some level of protection from the Delta variant.

Their study analysed data from 15 previously vaccinated and unvaccinated people, who were infected with the Omicron variant. Their analyses focused on evaluating the capacity of antibodies from the study participants to curb Omicron or Delta. Using a ‘neutralisation test’, researchers were able to show that participants developed antibody response to both Omicron and the Delta variant, with vaccinated participants exhibiting a stronger response.

“The increase in Delta variant neutralisation in individuals infected with Omicron may result in decreased ability of Delta to re-infect those individuals,” Prof Sigal said. “If Omicron does prove to be less pathogenic, then this may show that the course of the pandemic has shifted – Omicron will take over, at least for now, and we may have less disruption of our lives.”