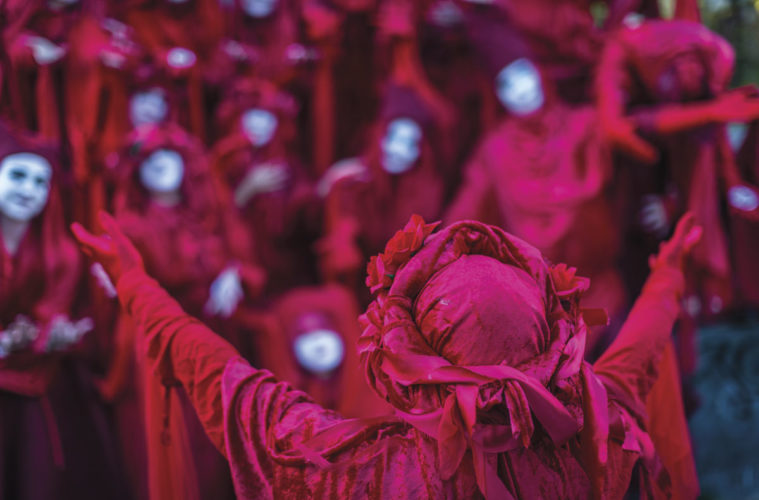 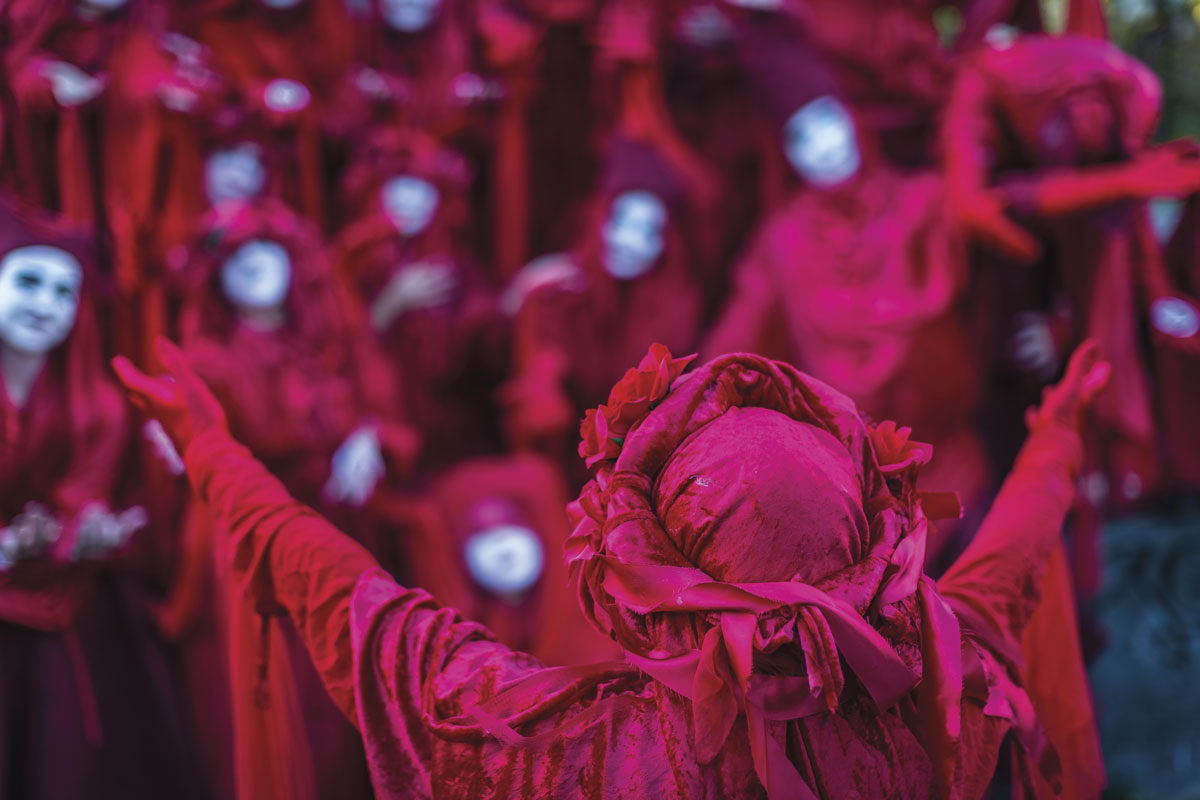 Why would a former College Chair and Head of Public Health risk getting arrested at a climate demonstration?

You all know about climate change, but do you really know about global heating?

Then you start reading and learning about global heating, but you don’t really feel it…until you do.

My epiphany was visiting Coral Bay for the second time around 1998.

We had taken the kids up there when we first arrived in WA in 1987. They could snorkel straight off the beach over magnificent coral teeming with tropical fish. But that second visit the coral was dead from massive coral bleaching and the fish gone. 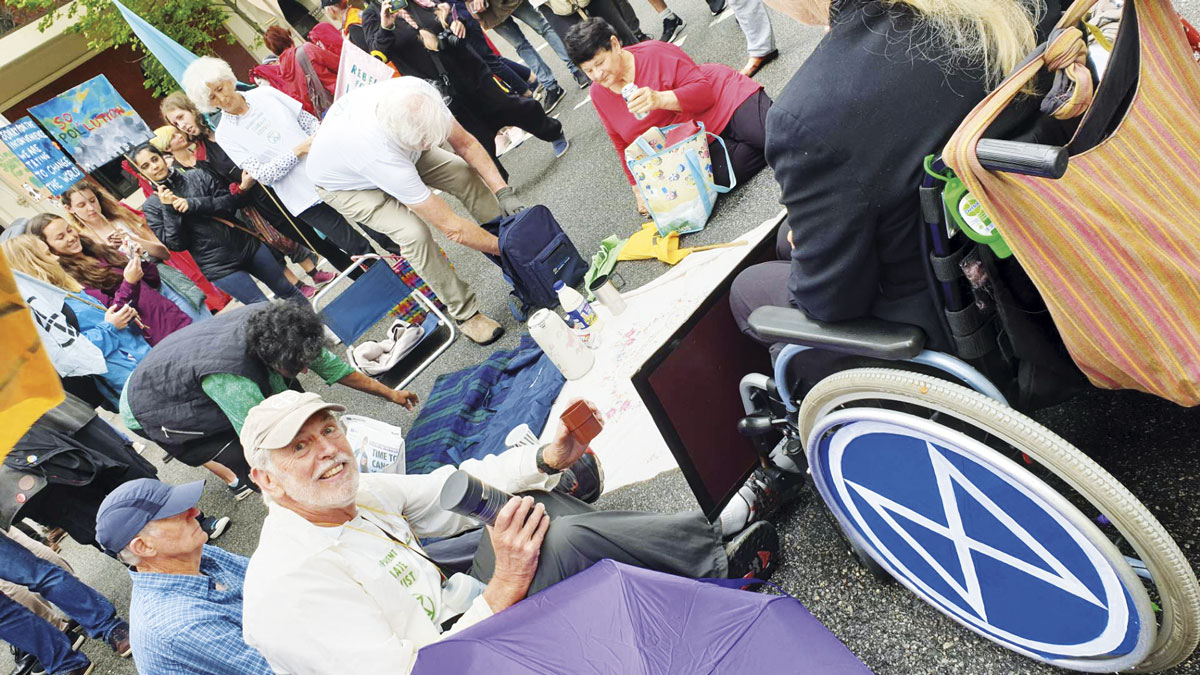 And, yes, some of you will say that’s just part of the natural cycle, but then it happened again two years later. Then it happened twice to the Great Barrier Reef, bleaching over half the reef, most of which will not recover. The science says that if the world reaches 2 degrees Celsius of heating then 90% of coral reefs will disappear and with it 30% of the world’s fish stocks.

So, the predictions in 1990 were wrong. Arctic ice was predicted to disappear by 2030 but empirical science says that will be in just five years.

The planet is heating faster than predicted with 20 of the past 22 years the hottest on record. Irrefutable empirical evidence. Perth has had its hottest winter day and hottest and driest September on record.

Carbon has hit 416 ppm, it was only 350ppm at the time of Kyoto summit. The world’s carbon emissions have risen over 50% since Al Gore’s An Inconvenient Truth.

And with all of that, the Intergovernmental Panel on Climate Change (IPCC) says we have less than a 50% chance of keeping to our 1.5 degree target by 2030 if we stopped burning coal, oil and gas now. Many scientists would dispute that, saying we have already reached the tipping point with a 10-year lag time for carbon as the seas warm and the big carbon sinks that are the oceans release carbon. That’s not to mention the lack of reflection of the ice caps, the dark seas underneath and the methane escaping from the melting permafrost.

The United Nations has accepted its One Health declaration in 2017 recognising the inter-relationship of human health with that of the ecology and environment. David Attenborough warns of the Anthropocene, or sixth mass extinction, caused by man-made global heating. But what does this mean?

We are facing societal collapse with most damage inflicted unequally on the poor and marginalised in developing countries. Massive droughts, cyclones and floods will cause mass migration due to food shortages and loss of human habitat, and regional conflict over scant water and resources. Western nations although marginally protected will not be immune.

Already Australia is experiencing a 50% decline in agricultural production due to ongoing drought. Climate mitigation will cost trillions of dollars. This means less to spend on pensions, social security and health. Yet somehow the Australian psyche refuses to acknowledge the existential threat to their children and grandchildren. But the kids get it.

The medical organisations get it. The AMA, BMA, American MA and colleges including the RACGP and RACP have declared climate emergencies, warning of the health effects including disease and injury from mass climate events such as bushfires, droughts and cyclones.

Heat stroke will directly affect those with decreased immunity, especially the elderly, leading to increased deaths from heart disease, respiratory disease and infections. Vector borne diseases will rise exponentially. Climate change is not linear. We are already seeing the rise in mental health problems and suicides caused by the ongoing drought in Australia.

But the RACGP goes further. It calls on GPs to protect the health of their patients and future patients. It asks GPs from both a professional and ethical standpoint, to take personal action to mitigate climate change and improve health and equity.

So, here I am waiting to get arrested. I have written my letters, signed my petitions and attended the rallies. Governments do not listen.

Yet meaningful and massive social change has happened in the past through nonviolent civil disobedience. Think of the freedom riders in outback NSW; Emily Pankhurst and the suffragettes chaining themselves to the British Parliament with over 1500 arrests; Ghandi’s march to the sea; and the civil rights movement in the US.

For me, personally, it was the Moratorium which started with just 60 of us outside the Pan AM building in Melbourne burning our draft cards and getting arrested. It finished with hundreds of thousands of people marching in Australia to change the government and stop the Vietnam War.

Some are just terrified at the catastrophic horror and can’t imagine just standing and watching while society collapses, especially as it will affect my children and grandchildren.

Some will see it like the RACGP as an ethical responsibility, a civic duty. We belong to a society that has obligations as well as rights. I know what has to be done.

Others just want a sense of adventure, put some purpose back into their lives now that they have retired, or in the case of the young, there’s nothing to lose, or just a sense of redemption. I have done my best.