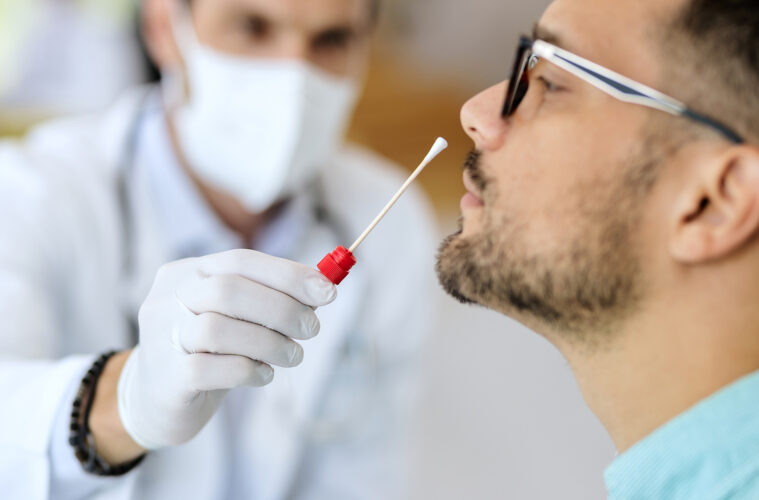 Snot as good as saliva Nasopharyngeal swabs may be a thing of the past according to the results of a new study from New Zealand.

Researchers from across the ditch have demonstrated that saliva samples are just as effective as nasopharyngeal swabs for detecting COVID using nucleic acid acceleration tests (NAATs) such as PCRs.

The team from Auckland City Hospital, the Institute of Environmental Science and Research, and Southern Community Labs applied both sampling methods to some 200 people across the country, finding that saliva tests detected 91% of positive COVID cases, while nasal swabs detected 93%.

Their results, published August 5th in the New Zealand Medical Journal, demonstrated that there was no statistically significant difference between the performance of either samples at any laboratory or using any assay combination.

“We compared the performance of nasopharyngeal swabs with saliva as sample types for the molecular detection of SARS-CoV-2 at three laboratories, across five test combinations and found that the sensitivity was similar between both sample types,” the authors explained.

“Variability in viral load is most likely explained by differential viral dynamics in the anatomical spaces which change over time, is a limitation of either sample type and indicates neither sample type was significantly less sensitive than the other.

“Overall, we found that saliva is an equivalent sample type to nasopharyngeal swabs for the detection of COVID in our laboratories using multiple assay combinations and is suitable for use as a diagnostic and surveillance test.”

Worldwide, molecular detection of the virus has primarily focussed on swab-based sampling of the nasopharyngeal, nasal, and/or oropharyngeal cavities, but as the pandemic progresses there has been increasing interest in the role of saliva as a sample type.

Saliva holds several advantages over swab-based techniques: it can be self-collected, which may reduce pressure on healthcare providers in the community, and it is less invasive, which may be desirable for people who require frequent testing.

“Saliva appears attractive as one of the possible alternative sample types for individuals where swab-based testing is not tolerated,” the authors said.

“In addition to saliva, swabbing of the throat, mid-turbinates or anterior nares alone and self-swabbing could all be offered as alternative sample types where logistical and operational considerations allow.”

However, they also pointed out that even though providing more tolerable COVID tests is ‘desirable’, only a limited number of diagnostic companies have sought authorisation for their swab based molecular tests for testing saliva.

According to the TGA, NAATs are suited to mass processing but are complicated to perform, requiring specialist teams working in highly automated laboratories to amplify and identify the specific RNA sequences that comprise the genetic material of the virus.

“Saliva testing requires a different workflow in the laboratory, which may affect turnaround times when there are a lot of tests to process,” the authors explained.

“[However], given that New Zealand is now several months divorced from its elimination approach, it is now less critical to identify every case of COVID in the community, and providing more tolerable options to nasopharyngeal swabs is desirable for people presenting for testing.”