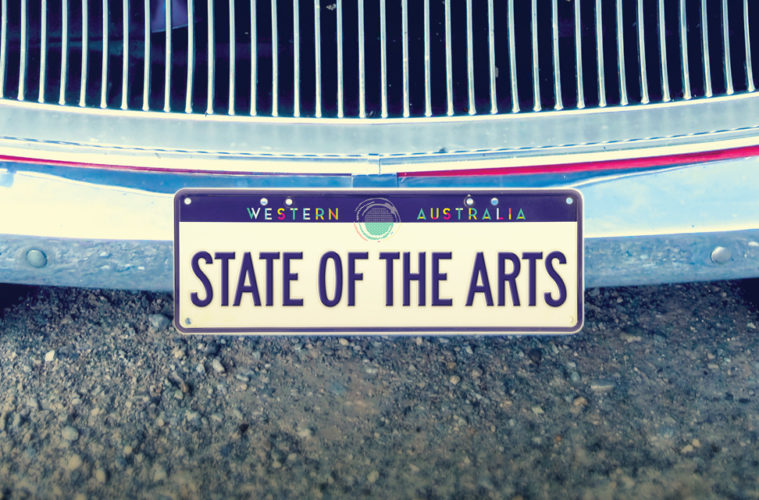 State of the Arts

In WA we have spent a long time defining ourselves by sport and mining. Perhaps it’s time to recognise ourselves as a State of the Arts as well.

For years, arts lovers have been subjected to the endless Monday morning dissections of football. Not that the two things are mutually exclusive, but it’s about time we recognise that Western Australia is also a powerhouse of the arts and should have a piece of the action.

It wasn’t all that long ago when WA missed out on numerous arts events – whether it was a big stadium rock show, an interesting collection of paintings or a classical concert. These days we’re done with the Dullsville tag and this year’s Perth Festival, which was almost 100% home grown, was resounding proof we can create art of the highest calibre.

When Bourby Webster – an accomplished rower and classical musician – arrived in Perth from the UK some 20 years ago, she discovered that we were “a sporty kind of place, good at digging stuff out of the ground and making lots of people lots of money, we love the beach and ocean and have a vast backyard to explore”. There was no mention of creativity, artistic skill, passion or the word culture.

This year, it’s 10 years since she founded the Perth Symphony Orchestra in part to halt the talent drain, show off WA talent and take an orchestra out of the concert hall and into the community. 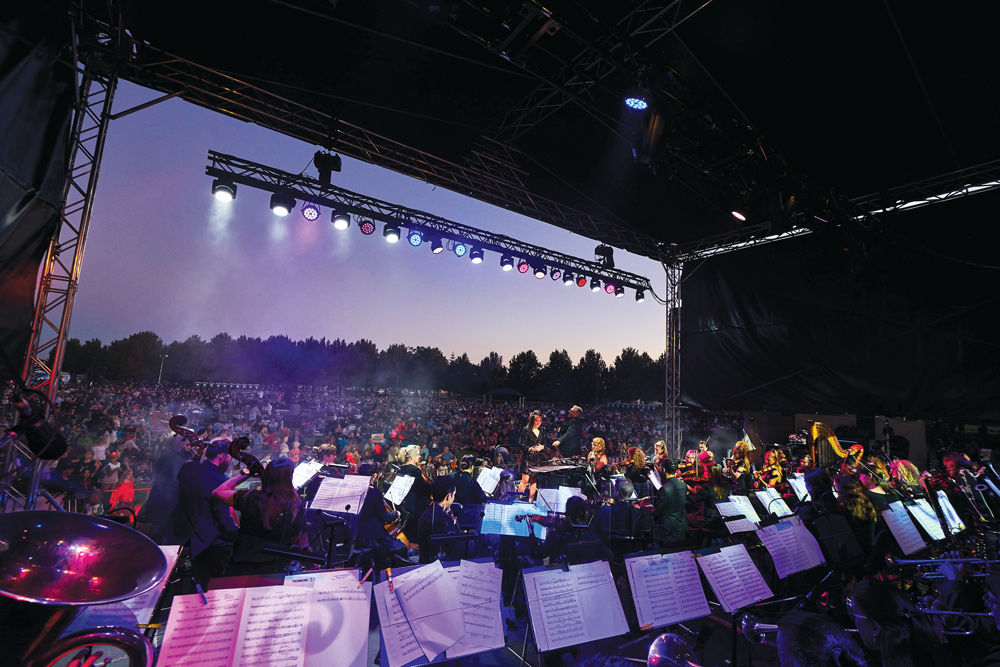 “Today, WA is buzzing with music – and arts in general,” she said.

“In other developed cities in the world, the arts are supported in the main either by governments (such as in Germany where some orchestras receive almost 100% funding) or philanthropy (as in the US where arts companies can have at least 150 board members, each donating $US10,000 or more for the privilege).

“In Australia we have yet to really see politicians get behind the arts, despite the evidence that shows a positive impact on connected, healthy communities, innovative thinking and a reduction in mental health problems that cost governments millions. We’re also yet to develop a sophisticated culture of philanthropy.”

We are all aware of the physical benefits of being active through sport and recreation, but in recent years a lot more public attention has been given activities that benefit mental health. The arts, in all its many and varied forms, are a wonderful social prescription. For example, music and visual arts are used as therapy in places ranging from prisons and community centres to hospitals and aged care facilities.

“The arts are not just about bringing joy and connection – although studies have shown the monster benefits to wellbeing and mental health from the arts – they’re good for the economy,” says Webster.

“Our creative industries contributed an estimated $3.3 billion in Industry Value Add (IVA) to the WA economy in 2018-19. There are 53,000 people in the creative workforce and some 10,000 creative businesses in WA, more than 6,500 of them are sole traders.”

Webster says, when the arts move in, people and businesses follow. Investing in the arts creates vibrancy, connection, a sense of identity and a unique culture.

If WA is indeed now a global arts destination, then the McGowan Government’s election promise of a purpose-built film and television studio in Fremantle should add to our reputation. As Byron Bay was recently dubbed the new Hollywood, perhaps Perth is the next Canada or the new Georgia – the place everyone goes to actually make their shows.

If you needed more proof of WA’s love for the arts, even after a packed summer season of arts festivals, local baroque ensemble Australian Baroque has played almost two dozen sold-out shows in recent weeks.

The international Concert by Candlelight series arrived in Perth this year and used social media to advertise the one-hour events, which are staged at Winthrop Hall. Organisers chose Australian Baroque to perform Vivaldi’s Four Seasons. Like PSO, Australian Baroque’s efforts to take classical music to the community as seen them playing in more expected venues alongside doing much-loved house concerts, mixing beer and Bach in a brewery and serving cakes with Corelli for Mother’s Day. “In this case, the shows are attracting people who are not your traditional classical audience, which is great for the arts,” says artistic director and violinist Helen Kruger. “They clap between movements or when they like something, stomp and holler during a standing ovation. People are crying because it’s the first time they’ve heard classical music and have loved it. We’ve even signed some autographs for young kids.

“This sort of show gives people another way to engage with classical music and for many, a way they feel more comfortable with. This should help us realise there’s so much scope and potential for how we stage music and how we look at the arts.”

“What has held WA back from seeing its arts scene truly flourish is the narrative that we are not into the arts, we’re into sport and mining, so investment and financial support is low,” Webster said. “When people experience us for the first time, that narrative starts to change. We just need to make it appealing and accessible.

“I now feel way more positive that our narrative is changing. We’re starting to view ourselves differently. We are recognising that culture is incredibly powerful, whether it’s through cultural diplomacy, tourism, building communities, economic impact or any of the other extraordinary benefits that culture brings.”