Technology – Coming, Ready or Not! Ed: As one generation makes way for another in its influence and decision making, technology will be the future doctor’s greatest ally, says Gihan Perera.

Four hundred years ago in China, people would pay their local doctor an ongoing fee to keep them healthy. When they became ill, the doctor was still required to treat them, but they wouldn’t be paid until the patient became well.

Of course, I’m not suggesting we should use the pre-scientific, superstition-based approach of ancient Chinese medicine in clinical care. But leaving that aside, consider changing our system so healthcare providers are paid only when patients are healthy. 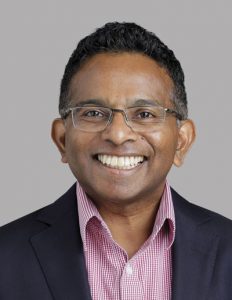 Gihan Perera is a business futurist, speaker, and author of The Future of Leadership and Disruption By Design.

This is such a radical change it’s impossible to imagine in practice. But technology – through big data, artificial intelligence (AI), automation, and smart devices – could make similarly dramatic transformations to the healthcare system in the not-too-distant future.

Here are four examples of just how:

What: From Sickness to Wellness

We say prevention is better than cure yet prevention is only a tiny fraction of a system that is almost exclusively focused on curing sick people. Recently, we have seen significant growth in the wellness movement, fuelled by social media, smartphone apps, and other technology. Healthcare professionals are mostly missing from these platforms, which has unfortunately led to vast amounts of pseudo-science and misinformation.

How: From Biology to Data

In 2013, technology investor Vinod Khosla claimed that: “In the next 10 years, data science and software will do more for medicine than all of the biological sciences together.”

Already, personal monitoring devices such as the Apple Watch or FitBit collect vast amounts of data, which AI can then mine to monitor and analyse health indicators, and (eventually) prescribe preventative action.

Where: From Hospital to Home

Currently, patients have to travel to centralised healthcare locations – such as surgeries and hospitals – because that has been the most efficient way to provide care. With increasingly sophisticated technology, consumers will be able to manage much of their own care from home.

Who: From Patients to Consumers

People are now expecting to be treated like customers, not patients. As with other commercial transactions, they want more choice, instant responses, apps, tech-savvy providers, digital records, connected health data, online access, better understanding of products and services, and the ability to shop around.

What does this mean for you?

You might see our healthcare system constantly improving, but that’s only if you compare it with itself. It’s also shrinking in its role as part of a much bigger health ecosystem. From a patient’s viewpoint, their primary care provider might be their watch, a Facebook group, or an Instagram entrepreneur.

You don’t have to give up your practice and become a wellness blogger! But it’s important you can have better-informed conversations with patients. So invest in yourself, expand your mindset, and understand the bigger picture.

Ed: Gihan Perera is a business futurist, speaker, and author of The Future of Leadership and Disruption By Design.