The Call of Africa

Growing up in Sierra Leone and Bougainville Island as a child of ex-pat Australian miners, Nikee Msuo dreamed of a day when she would return to Africa in a capacity that could help change lives. Along the way to achieving this childhood dream, she has crammed in more experiences than seems possible in her 48 years. 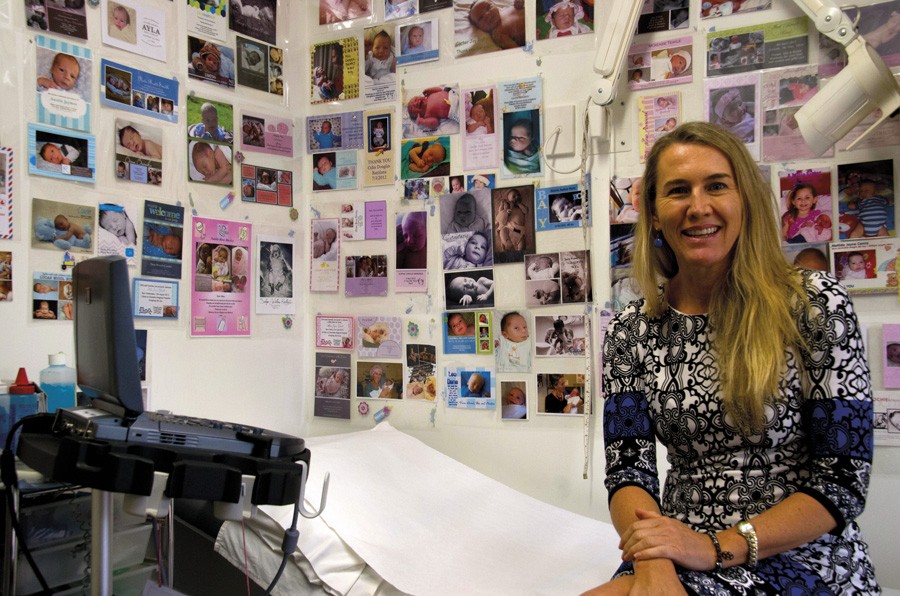 Currently, Nikee is a GP proceduralist in Geraldton with a formidably long obstetrics list and a GP practice with the Panaceum group.

Thirty years ago, she took a gap year after high school to ponder whether the expected route of engineering was the right one for her. With her father stationed at the Argyle diamond mine, she set off for Kununurra, grabbing every opportunity to explore this part of the world. As a consequence she has been a hand on a professional fishing boat, worked with a team shooting feral donkeys for pet meat and generally lived an outback life.

“It was there I first heard about apprenticeships and I managed to secure one, becoming one of the first dual-trained female tradespeople in WA with an electrician’s and an instrument fitter’s ticket,” she told Medical Forum.

It was stage one of her journey – being useful – completed.

“I worked two weeks on, two weeks off and in the off weeks I became involved with St John Ambulance and because I worked on a remote diamond mine I soon became part of the paramedic team.”

“I thought I’d get a job as an electrician but became involved with Operation Lifeline Sudan working at a UN feeding centre,” Nikee said.

Operation Lifeline Sudan was established in 1989 in response to the war-induced famine and other humanitarian catastrophes caused by the civil war between the Sudanese government and the South Sudanese rebels. Refugees in their hundreds of thousands were displaced and starving.

“I went there thinking I could be useful with my electrical qualifications but in the end it was those skills and my paramedic experience that got me the UN job. We were the largest feeding centre in the Sudan at the time, feeding children in a village of about 12,000 displaced people.”

“They had been running away from war for many years and had lost a lot of their agricultural skills so part of our work was to encourage their building and planting skills. I was there for six months, mixing food, supplementing children’s diet with vitamins. I wish I had known a little bit more.”

“Red Cross and Medecins Sans Frontiers were working in the camp and I got to see the amazing things nurses, in particular, were doing. They were so useful in that environment. The doctors were a little out of their depth in those circumstances with the limited facilities.”

“I returned to Perth keen to do nursing with every intention of going back and saving the world after graduation. I returned to Australia with a husband and pregnant. I had my second child during my nurse’s training but decided that I wanted to do medicine. I had my third child in my second year of medical school and my fourth in my intern year.”

She described the time as “a particularly busy time of my life”. And with that understatement, Nikee went on to describe her O&G training.

“I was keen to specialise in O&G and started my training with amazing support from the KEMH powers that be. But those were the days of 15-hour back-to-back shifts and 80-hour weeks and I just wasn’t seeing my children. I thought I’d have to give it away but the then Director of Obstetrics Dr Anne Karczub suggested rural proceduralist work.”

“I completed an Advanced DRANZCOG and next minute Geraldton was calling.”

“There was only one specialist O&G in town when I arrived and she was exhausted, so I took a load off her and it’s worked very well for 11 years. I have a public and private practice and am on call almost every day, so I haven’t got away all that much.”

“My children are now 22, 19, 16 and 13 – the youngest two are at school in Geraldton and the older two are at university in Perth. The time is almost ripe for making a change.”

That change is a tropical medicine course in the UK later this year as part of a public health diploma with a view of returning to the Middle East or Africa for more aid work.

“I went into this life from my experience in the Sudan and the motivation has always been to go back to Africa. So many doctors head to Australia from Africa and not so many go back. I’m at the stage in my life and my children’s lives where I can take up this opportunity.”

“I’ve seen a lot and done a lot and had some amazing and varied experiences and it’s helped me as a doctor to communicate with people from different walks of life.”

Nikee says to her children to pursue what they’re interested in life and seize the opportunities. She’d say the same to any young medical student, adding that country practice is special.

“It’s an incredible privilege being part of people’s lives. I have such lovely patients who make every day interesting and worthwhile. It is a two-way street where I help them and they help me. Country practice offers so much – the medicine is varied and you a become part of a close team and a community. It’s a really nice existence.”