The health system tipping point, and need for reform

After two years in the job, Perth orthopaedic surgeon Omar Khorshid is stepping down as national president of the AMA, a role which demanded more of his time than he ever imagined – courtesy of COVID.

He talks to Medical Forum about the current state of the health system and the challenges ahead. 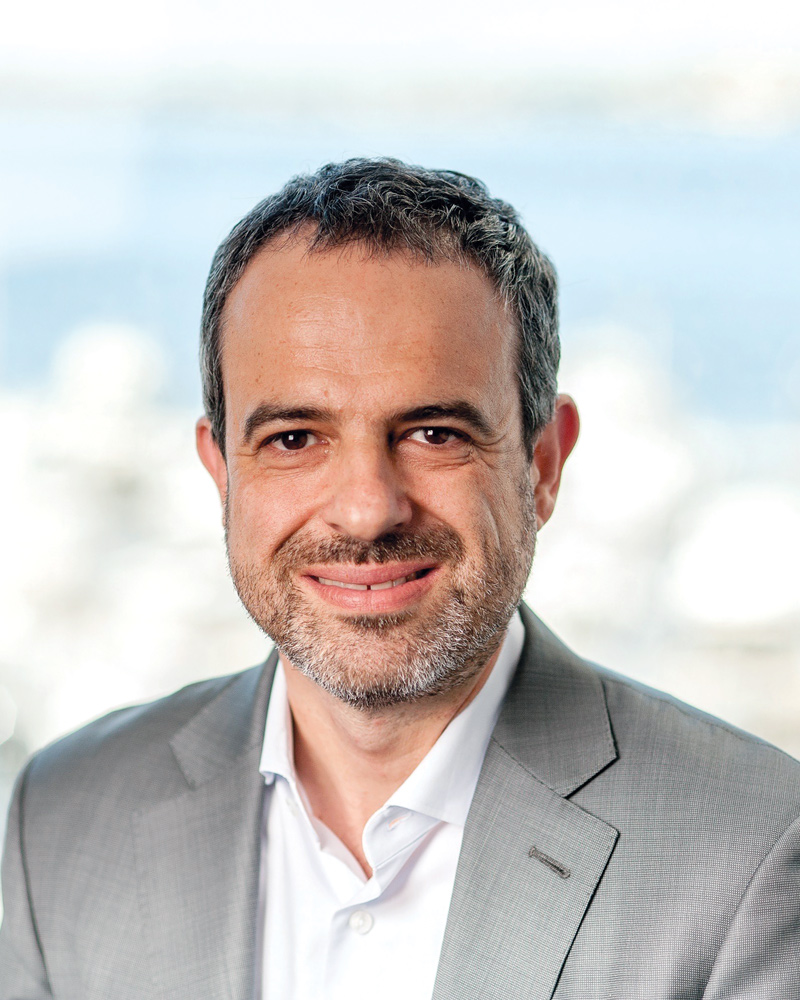 MF: In recent months we’ve seen hospital systems around the country operating dangerously over-capacity and many EDs unable to take more patients. What has gone wrong?

OK: There are several major issues from the AMA’s point of view, the first being a built-in lack of investment and capacity in the public hospital system, and that’s been present for many years.

Since the Rudd-Gillard reforms we’ve had activity-based funding, which has really held hospitals to account as to the cost of the services they provide, and they’ve become more efficient as a result. But the problem is that the national efficient price is calculated on the average cost of doing the service, and costs can vary greatly. As more hospitals become efficient, the average cost goes down and they’ve had to become even more efficient.

MF: So, you’re saying there is a perverse disincentive to do well and become more efficient and leaner, because more and more is expected?

OK: Yes, driving prices down is OK up until a point, but then hospitals just don’t have any fat left and you start to cut capability out of the hospitals, and that’s where it’s at now. A few smart people in Canberra agree that activity-based funding has perhaps run its course and needs to be balanced out a bit.

In WA, there has been a deliberate decision to cut health spending, or at least limit the growth to 1-2% a year, and we’re reaping the consequences of that. There have been some funding announcements, but It’s all smoke and mirrors as to what’s really going on and, in my view, there hasn’t been a real fix to our hospital system from this government.

MF: What other issues are biting hard?

OK: The second issue is clearly COVID and its impact on the workforce, in particular, through the waves of Delta and Omicron in the east, and now Omicron in WA, which is knocking out so many health care workers. That just piles on top of the already overstretched system. Last winter we had over 5000 hours of ramping in August, and we had no COVID and no flu, and elective surgery was cut too. So, we were in for a bad year this year, with COVID and the flu coming back.

The other issue is that we haven’t had investment and reform in general practice, so people are turning up at hospital who perhaps didn’t need to be there. Governments use this as an excuse not to invest in public hospitals – they say we’re going to do primary care better, but they don’t and then wonder why hospitals are struggling.

So, right now, we need a massive investment in hospitals right across the country, and we need to do the promised reforms in general practice.

MF: Record ambulance ramping seems to have become a political football, and we know it’s reflective of overcrowded EDs and the wards, not just ambulance resources. What’s the way out of this?

OK: There’s no easy solution, you have to fix the hospital system either by increasing capacity or reducing demand, and neither is easy to do. Things like the free flu vaccines are a good idea. And while I think there was some money in the budget to specifically look at ambulance ramping, that’s about the Government trying to get bad news out of the newspapers. It’s not a commitment to fix the problem because the problem is the capacity in the broader system. That big picture stuff means big dollars and long lead-times to fix them. You can’t, with a stroke of a pen, make ambulance ramping go away, and if you hide the problem by creating quasi-waiting areas you’re just creating an unsafe environment.

An obvious way to create capacity is to find a solution for the long-stay patients who we’ve been told don’t need to be in hospital but are waiting on aged care placements or NDIS packages.

And it’s not about the impact of COVID. It’s the fact that we’re keeping people alive longer, those with cancers, heart disease and all sorts of conditions that used to kill people but are almost chronic diseases now because of incredible medical advances. 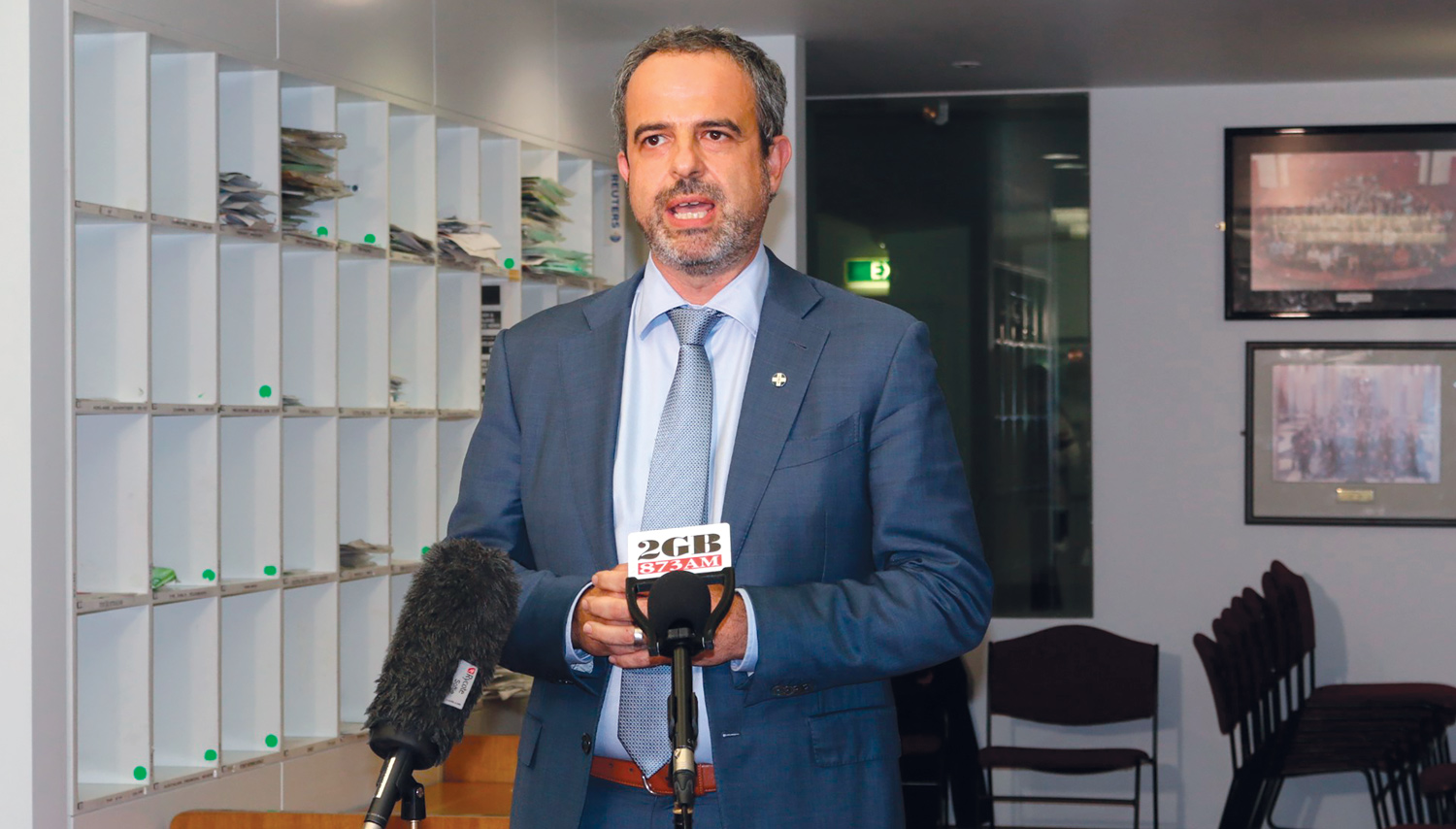 MF: So, there’s a price to pay for our longevity?

OK: Yes, we have all these people that continue to need care. Ultimately, we need to build hospitals, beds and theatres, and understand that governments have underestimated the need for medical care.

MF: What about medical workforce shortages and lack of training opportunities?

OK: Health care worker training is a pipeline, it’s not just university undergraduate places, it’s about taking them from start to finish. You need activity to be happening in public hospitals, and an environment that supports training, because if it’s overloaded and stressed there’s no time for people to teach.

We don’t need more interns – we need resident medical officers and registrars who are a couple of years on from interns, because that’s where we have real shortages. They seem to be leaving the profession or going elsewhere.

In the short-term we’re still dependant on the skilled migrant intake, while recognising major ethical issues in poaching doctors from other countries.

MF: In terms of COVID, (lucky you, taking on the AMA role just as the pandemic was hitting our shores), how would you rate Australia’s and WA’s management of it?

OK: There have been bumps along the way, and plenty of criticism thrown around, but our Federal Government did act for Australia very quickly, and while they needed some nudging, so did Mark McGowan to take the steps he did. On the whole, I think governments have been responsive, although I would add that if we’d had a Centre for Disease Control, with a more nationally consistent approach, we wouldn’t have seen the State border issues and fighting among the premiers.

We saw big problems with the Ruby Princess in Sydney, but don’t forget we had the Artania in WA, where our State said our beds were not for foreigners, even though our hospitals were ready and trained to take on those patients. I felt quite ashamed of our State’s response to be honest. Since when do we not treat sick people just because they come from another country?

The mandates might have overshot a little, especially in WA, but if you sit back and look at the result, we have among the lowest mortality rate in the world. We’re not out of the woods yet, because there’s possibly more curve balls ahead, and we don’t know enough about long-COVID and how often we’re going to get infected with Omicron.

But the health system has responded faster, with things like telehealth services, than we ever thought possible, and on the whole, it’s been a great national success.

MF: It’s been all hands-on-deck to get as many people vaccinated quickly but how do you see pharmacists’ role as we start easing out of the pandemic?

OK: There’s no doubt the Pharmacy Guild has the idea that pharmacy should be at the centre of primary care delivery, and we fundamentally disagree with that model. We think the medical home has to be with the doctor and in general practice.

There needs to be teamwork, and we respect the role of pharmacists and that the separation of prescribing and dispensing supports safe practice. But with pharmacists trying to move into this primary care place, they’re fragmenting that care and confusing patients, and we’ll end up paying the price in the longer term. It doesn’t mean pharmacists can’t do vaccinations safely, but is that the model that delivers the best overall health outcome? We’d suggest the answer is no. Particularly for things like childhood vaccinations or teenagers. These are opportunities for a family to come into a general practice where something other than vaccination might take place. GPs might notice someone is overweight or anorexic, or there are signs of domestic violence – things that a GP can do that a pharmacist in a retail environment simply cannot do and is not trained to do.

We have a vision where you have a pharmacist, nurses and other types of practitioners in GP clinics, so you have all those skills available to the patient, and the doctor is not doing everything. We’ve got to get out of this silo mentality and change the model of primary care.

MF: Has it been a tough gig being national president of the AMA during a pandemic, especially for someone based in WA?

OK: Yes, it has been tough, but it’s been a huge privilege to take on this role. I had a prominent role early on in assisting the Federal Government to convince the public that what they were doing was right. Some people questioned why the AMA was being so ‘nice’ to the government. But the last thing we needed was anyone undermining governments when they were making tough decisions on mandates, lockdowns and vaccinations.

MF: It’s interesting that you say there is an expectation that the AMA should have an antagonistic approach to government decisions, and that sometimes it’s important to have one clear message to the public. Do you have to pick your fights?

OK: Yes, especially during a pandemic, when a consistent voice seemed more important to me than whether we absolutely agreed with everything the government was saying.

MF: As we ease out of the pandemic, what is the major challenge facing the health system?

OK: Sustainability, and paying for health care, are going to be our biggest problems going forward. My baby boomer parents are aged 75 and 76, and when they (hopefully) get to 85 or 90 – and substantial numbers will live that long – their health needs are going to be enormous.

We’ve got better survival from diseases, and we’ve possibly got long-COVID issues to deal with, and all this adds up to increased demand amid a shrinking tax base.

We have to have that conversation as a community, so that people understand that if we value our health care, we may need to pay more tax. If we don’t want to provide that high level of health care, then we have to become more selective.