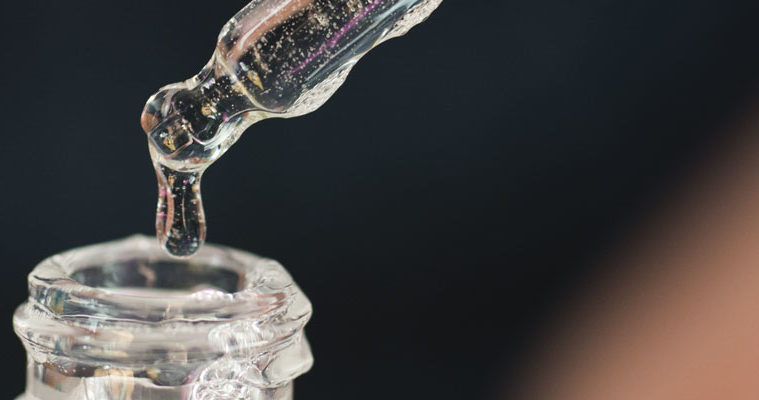 The Science of Living Longer

Clinical and political concerns are rightly focused on caring for ageing people. However, we know little of the scientists looking for its cure. Here’s a little of what they’re thinking.

The traditional archetype of ageing goes something like this: the older we get, the more susceptible to degenerative diseases we become, until we face an eventual death. This has been and is the established norm. But what if that paradigm is no longer so clear cut? And, what if the process of ageing can be reversed and health-span extended through pharmaceutical interventions?

These are questions that, until recently, were purely hypothetical, or considered too ponderous to ask, but with the evolution of ageing research, some are looking for tangible answers.

Medical Forum spoke to some of these researchers to explore some of the detail of their work.

While the idea of lifespan extension is difficult to rationalise clinically as there is a dearth of scientific evidence in human trials, there is tangible research that suggests health-span can be increased.

Dr Lisa Chakrabarti is associate professor of mitochondrial biology at the University of Nottingham. Lisa’s area of specialty is focused on changes in mitochondrial function as time and the environment exert their effects.

Lisa started focusing on ageing research when she was working in the area of neurodegeneration.

“At that time, I was very interested in the brain. I was working with a mouse model on Purkinje cell degeneration that develops a neurodegenerative phenotype very early in life, quite soon after development is complete,” she said. 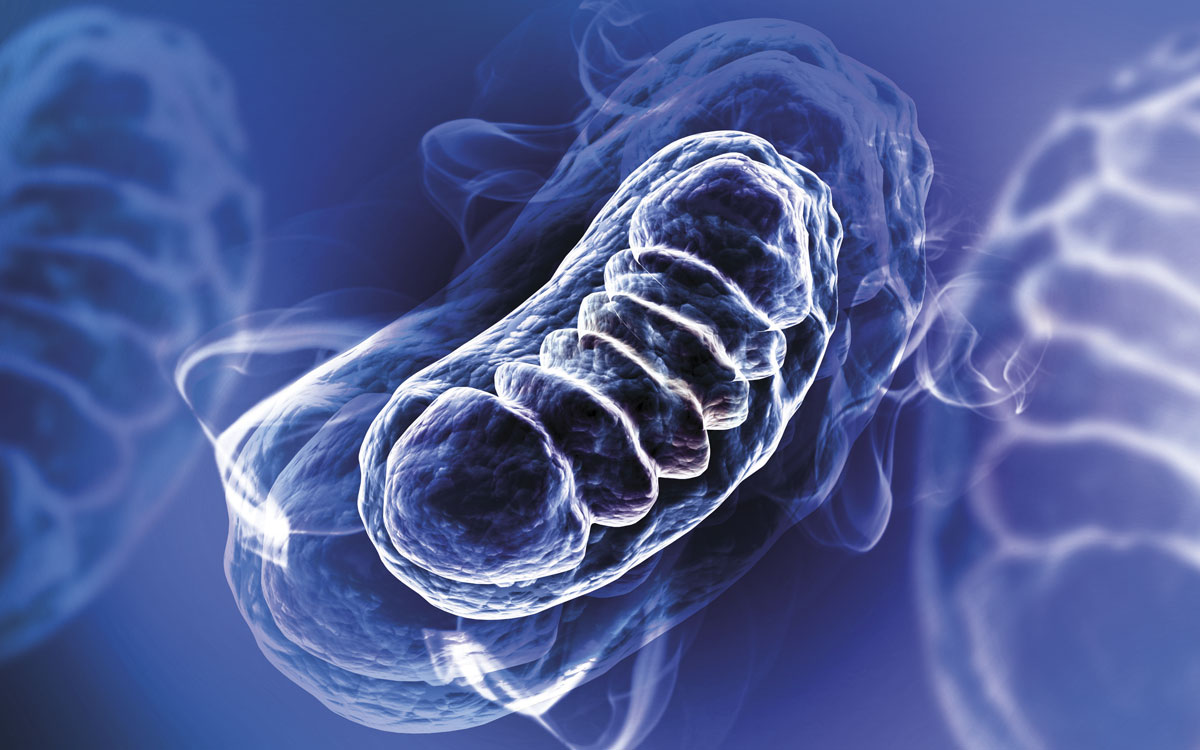 “I was trying to compare our findings in this model with human disease and I realised that for many human diseases, ageing is a confounding factor. So, I started to be interested in the distinctions between ageing and diseases of ageing.”

Lisa’s research on mitochondria has found what could be the key to extending an individual’s health-span.

“The work we have done suggests very strongly that if the brain and its mitochondria can be kept optimally nourished with glucose and oxygen, then it stands a better chance of staying healthy for longer. So vascular health and aerobic capacity and diet all have important roles to play in at least delaying the onset of disease,” Lisa said.

“Depending on how you are looking at mitochondria (or the tissue they are derived from), it seems that the detrimental effects of the passage of time may start much earlier than we typically consider. At around middle age there appears to be a balance trying to be struck between intrinsic protective and compensatory mechanisms and the breakdown of cellular processes.”

According to Lisa, the idea of ageing and why humans have a limited lifespan is a simple concept complicated by numerous processes occurring at the same time, which essentially overloads the body and contributes to dysfunction. However, further research is needed to crystallise which processes are beneficial to an extended health-span and to isolate the biomarkers for dysfunction.

“Just because there is no obvious cell loss or dysfunction, it doesn’t mean that the cell isn’t ageing, it may have important compensatory activities unregulated.”

“We still have a long way to go. I think the most methodical way is going to be a thorough characterisation of the ageing process and the variations within it. Then the defining molecular signatures can be targeted to see whether there is an improvement in cellular physiology and function compared with controls,” says Lisa.

While it may be possible in the future to extend an individual’s life-span, it could come at a cost. Further health complications and susceptibilities are possible.

“The ideal would be that we can extend the health of individuals to measure their life expectancy. Theoretically we could extend lifespan much further but if that means an extra 20 years of poor quality of life, that in my view isn’t a worthwhile goal in itself, Lisa said.

“Also, as we have extended life-span we have seen certain diseases become more prevalent in the population. Significantly extending lifespans further may uncover other classes of disease that you need to live even longer in order for them to develop.”

Medical Forum also spoke with biogerontologist Dr Suresh Rattan from the Aarhus University, Denmark. Suresh has been studying the biology of ageing for more than 35 years with a particular focus on the regulation of protein synthesis and turnover, screening and testing potential ageing interventions using natural and synthetic compounds and mild stress-induced hormesis.

“The processes of living are the causes of ageing,” Suresh said.

“There are no specific genes for the purpose of causing ageing, rather it is the inability and imperfections of the processes of maintenance and repair that leads to ageing, age-related impairments and eventual death. So, ageing is not ‘caused’ by anything. Ageing ‘happens’ because the body cannot prevent its failure.”

Although there are diseases that commonly occur in old age, Suresh takes a holistic view of how to expand individuals’ health span. He says these diseases are, “a consequence of the progressive failure of homeodynamics of maintenance and repair. We need to look for methods and approaches to modulate the whole ageing process – its rate, its extent, its consequences.”

In terms of how age-related damage could be offset by clinical interventions, Suresh said: “Regeneration could be possible by damage-specific targeted intervention, such as stimulation of proteasome and autophagy [mechanisms]. Damage occurrence and accumulation could also be slowed down or prevented, to some extent, by whole body targeted approaches, for example, the way exercise works.”

Hormones are crucial chemicals for survival, health and longevity. But the age-related decline in the levels of several hormones can also be a sign of body’s adaptive changes for survival in the post-reproductive duration.

Therefore, unless there are severe deficiencies of one or more hormones leading to clear cut pathologies, hormone supplementation may actually be, at best, useless or, at worst, harmful in terms of counteracting the adaptive survival responses of the ageing body.

Suresh discovered kinetin (N6-furfuryladenine), a class of plant hormone, could delay the onset of several signs of ageing in human skin.

“The cytokinin or kinetin was tested in cell culture in the Hayflick system of cellular ageing with some effects on maintaining health and functionality of normal human cells for a longer period. It has several routes of action via stimulating turnover of damaged proteins, via protecting DNA and protein from oxidative damage, and via stimulating stress responses to counteract damage accumulation,” explained Suresh.

As far as extending an individual’s lifespan with therapeutic interventions, Suresh says this is theoretically possible but we are not there yet.

Wishing on a star?

“If you can find the methods to repair all the damage occurring at any time, or remove all the damaged molecules from every single cell of the body, or totally prevent the occurrence of all molecular damage, then there will be no mechanistic reason left for becoming old and dying,” he said.

“We will then be potentially immortal, but still die one day before immortality, either from our own choice or due to the probability/laws of quantum physics and thermodynamics in terms of pure chance/stochasticity.”

British biomedical gerontologist Dr Aubrey de Grey believes it’s perilous to consider ageing as a disease because of the many confounding factors that contribute to the ageing process. Rather he works on the premise that ageing is a succession of molecular and cellular damage that can be reversed.

Aubrey is founder of the US-based Strategies for Engineered Negligible Senescence (SENS) Research Foundation and vice president of New Technology Discovery at AgeX Therapeutics. He is something of a maverick in the science world as he believes that regenerative medicine will lead to individuals living longer and healthier lives by rolling back their biological clocks through pharmaceutical interventions targeting age-related damage.

Aubrey became interested in ageing research in his early 20s while working as an artificial intelligence and software engineer in the 1980s.

As Aubrey puts it: “The only reason I wasn’t interested sooner was because I mistakenly assumed that other people were, specifically, professional biologists. It was only when I met and married a senior biologist that I gradually understood that biologists were overwhelmingly uninterested in ageing.”

“So, I eventually decided that my only option was to switch fields and do it myself.”

Aubrey’s education in biology was self-guided and he was awarded a PhD in biology from Cambridge University for his book The Mitochondrial Free Radical Theory of Aging.

While sceptics will scoff, Aubrey believes it is simply a matter of time before the wider population sees ageing as something to overcome, despite scepticism within the scientific community.

“The good news is that the paradigm is already shifting. It took a decade, basically 2002 to 2012, before my idea of comprehensive damage repair was taken on board by the scientific community. That is actually rather quick for such a profound paradigm shift,” he told Medical Forum.

“Since then, there has emerged a pretty clear consensus that ageing is, first, a bona fide medical problem that can potentially be solved with medicine, and second, that its most practical solution is through comprehensive damage repair.”

“I have concluded, after many frustrating years, that the only way to overcome scepticism is to make progress in the laboratory and the clinic. The pro-ageing trance is a psychological device by which people protect themselves from getting their hopes up. The only real way to get people to see that they no longer need such protection is to show them how close we are to a breakthrough.”

Aubrey founded the SENS Research Foundation in 2009 to develop therapies that will repair the various types of damage that drive ageing. So far, the foundation has been conducting clinical trials on mice with encouraging results and are planning to conduct human trials in 2020.

According to Aubrey, the therapeutic interventions will be what he describes as “very normal medicine”.

“It will be injections, mainly, though the injected material will be extremely complex. It will include various stem cells, engineered viruses delivering genes; vaccines to activate the immune system in new ways.”

For each of these types of age-related damage, SENS suggests there is treatments via rejuvenation biotechnology, although these are either in prototype or still theoretical.

The overarching theme behind Aubrey’s work is for humans to reach a longevity escape velocity – a theory that posits that life expectancy is extended longer than the time that is passing. He believes people will be able to choose which biological age they want their body to be and stay at that age semi-permanently.

Until clinical trials are approved for SENS to migrate their research from mice to humans, it’s impossible to say what their interventions will actually achieve.

What is clear, though, there is a growing number of researchers questing the holy grail of longevity.