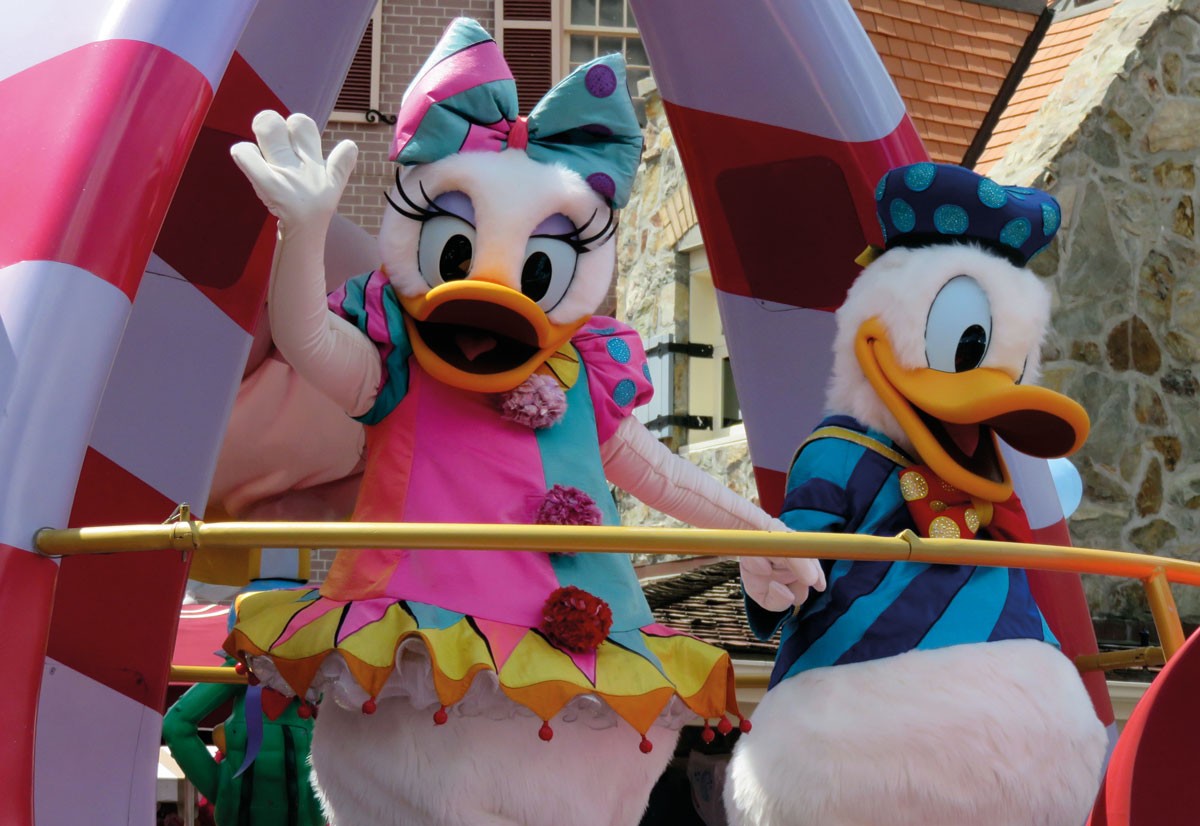 Daphne Duck gives us a wave while Donald is befixed by the passing parade.

Having experienced USA cities in the 1980s it was good to go back and see what impressed. The first thing is the people – these days many are overweight (they eat large meals and seem hooked on sweetness), and are confidently patriotic but don’t confront misfits in public (for fear of being blown away, I guess). US citizens are very much like Australians, but with such a big population with a ‘what’s next’ attitude, they seem more diverse. This is a story about a USA eastern seaboard holiday. The Magic Castle at Disneyworld, getting ready for the daily lighting and fireworks spectacular. The recognisable props for Avatar dwarf the people below.

In Florida, you have Disneyworld, Universal Studios and the Kennedy Space Centre in close proximity.

Things are much bigger at Kennedy Space Centre than you imagine, both in terms of the human effort that goes into NASA and the size of things. The way the space station and moon mission exhibits are very interactive is just amazing. So is the rapid progression of technology since the Apollo missions.

Disney world is a world of fantasy for the young and young at heart. Characters are bought to life with huge puppets or everything rescaled to lifelike proportions to fit your imagination, down to the finest detail. So you can let your imagination take wings, whether waiting in line for a 3D simulated Avatar experience (well worth any wait) or bouncing off the many stories and parades. Animal Kingdom, Magic Kingdom, Hollywood Studios, and EPCOT (Experimental Prototype Community of Tomorrow) are the 4 themes – adults may be worn out before the children but what the heck, plan a full day at each and use the park’s fast track booking system to reduce the queuing which can be huge in peak season. 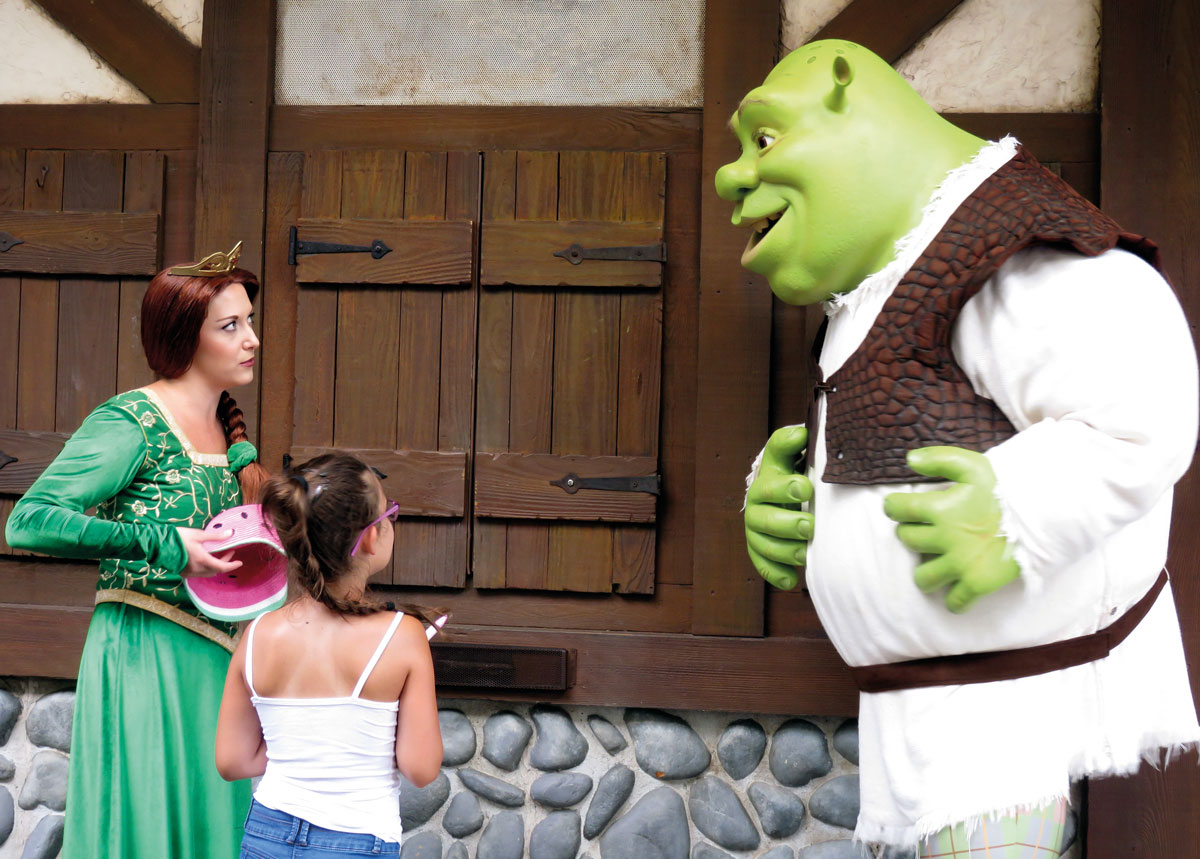 Shrek talks to his fiancée over the little girls hat, which he would like to eat because it looks like a strawberry. The older brother shouldn’t look so smug because the younger brother just saw the transformer move!

Whether you grew up with Goofy, Snow White, the Muppets, Dr Seuss, Transformers, Harry Potter, Indiana Jones, Shrek etc. there will be a Disney or Universal Studios character that most adults and their kids can identify with. This is a great opportunity to revisit those childhood experiences and to get the kids immersed in their stuff. The North Americans are great at reliving childhood experiences, whatever your age or inkling, and doing it with a capital ‘F’ for Fantasy. They do this by updating displays with new 3D and other interactive experiences which the younger generation often take for granted these days.

If you get accommodation away from the main drag and hire a car, the roads will take you where the GPS says. Plan to get at the venues early. Sure, there is the Aussie Disney World but this one is bigger and better. As a fully grown adult, I was thrilled by the Blues Brothers street concert and admitted to getting the shirt wet in the Rip Saw Falls water park amongst other things!

Many famous Disney characters appear during the lunchtime parade.

There is so much to do and experience, everyone will have their own story. This is one for the whole family.