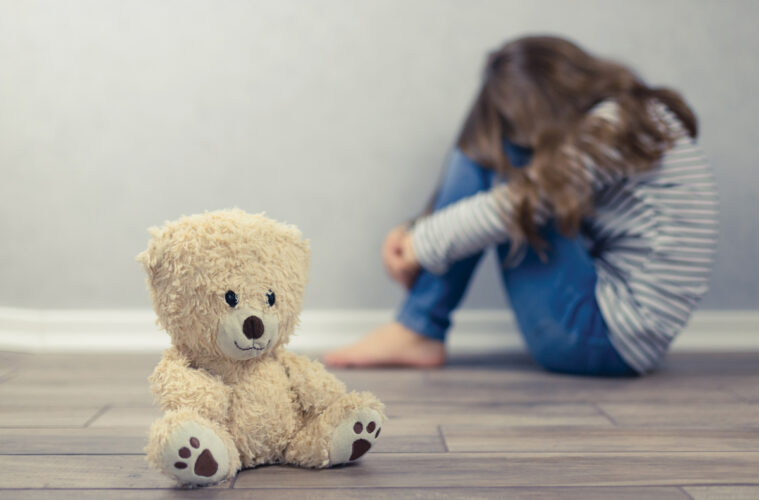 Children and adolescents are facing unprecedented mental health challenges. Dr Karl Gruber (PhD) asks if our health system up to the task of caring for them.

Mental health care for children and adolescents is costing Australia about $234 million annually. But this daunting figure from a recent study, published in the journal PLoS ONE, is the tip of the iceberg and points to a bigger problem – the deteriorating mental health of our children.

A recent report by Telethon Kids Institute and the University of Western Australia, called Young Minds Matter (YMM), is based on a survey of 6,310 families across Australia, focusing on minors between the age of four and 17 years. All participants were surveyed for several mental disorders including major depressive, anxiety, behavioural (Attention-Deficit/Hyperactivity Disorder) and conduct disorders as well as oppositional problem behaviours.

The most common mental health condition detected was ADHD, characterised by abnormally high levels of hyperactive and impulsive behaviours. After ADHD, the most common mental disorders were anxiety and conduct, which together affected more than 10% of boys and about 9% of girls in years 1-6. Comparable figures were reported for older boys and girls.

Depression was generally rare among younger children, but was more common among adolescents, affecting nearly one in 20, with a slightly higher prevalence among girls (5.6%, compared to 4.1% in boys).

Another worrisome statistic was the self-harming behaviours identified: more than 11% all students interviewed reported self-harming at some point in their lives, and over 8% said it had occurred in the past 12 months. The behaviour was also twice more common among girls (15.6%) than boys (6.7%). But these figures could be higher.

“Young people had the option of not answering the questions on self-harm and about 5% chose not to answer. As such, the proportion of young people who have ever self-harmed may be higher than indicated in these estimates,” according to Dr Ashleigh Lin, who leads the Youth Mental Health program at Telethon Kids Institute.

Finally, the study also found that one in 13 students interviewed had seriously considered suicide, and a third of these children admitted having attempted to take their own lives. Girls between 16 and 17 years of age were most affected. More than 14% of girls in this age group had suicidal thoughts, compared to 6% in boys of the same age.

In Western Australia, suicide is currently the leading cause of death for young people aged 15 to 24 years, so tackling this issue is an urgent matter.

At the heart of these troubling statistics is a health care system unable to cope with the growing numbers of childhood mental health cases. 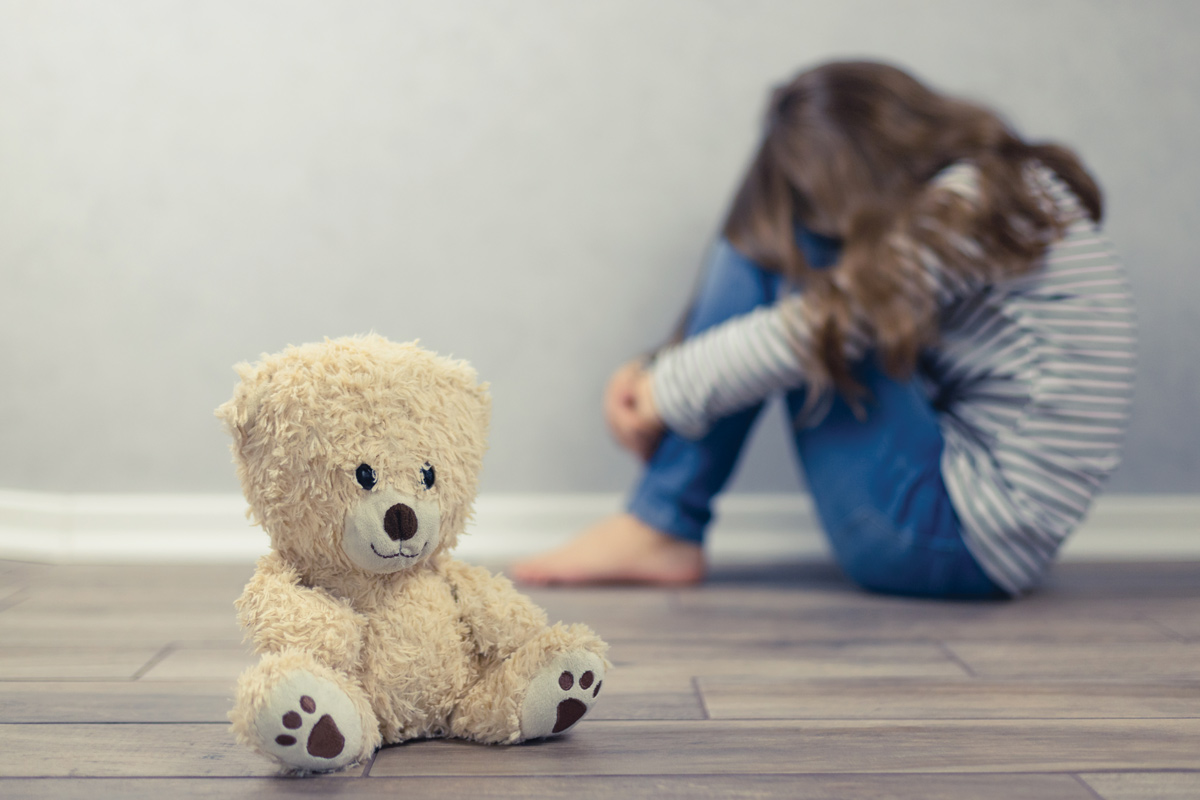 According to Dr Lin, there is an urgent need to improve the capacity of our mental health care systems.

According to Dr Lin, in Perth alone there has been a staggering 214% increase in the number of children aged between 13 and 17 attending emergency departments due to self-harm, suicide risk or suicide attempts.

A study, published in the Australian and New Zealand Journal of Psychiatry on January 18, 2021, identified some key factors affecting our health care systems. The study interviewed 143 adolescent psychiatrists, paediatricians, psychologists and general practitioners from Victoria and South Australia asking for their views on what was affecting our health care systems when caring for the mental health of young people.

In addition to the increased mental health demand, the challenges posed by the COVID-19 pandemic, now into its second year, has worsened the situation.

“The impact of COVID has been significant, although it is difficult to quantify the scope of the impact because we don’t have the specific data in WA. Anecdotally, services for children and youth saw an increase in referrals last year,” Dr Lin said.

The shortage of mental health services for children is a missed opportunity, as childhood is considered the best time to address mental issues and to prevent chronic problems later in life, according to Dr Lin.

“The underfunding of services in this area means that we are missing vital opportunities for this early intervention. In the long run, this will lead to huge economic and social costs to the state and Australia,” she said.

The Telethon Kids Institute is currently running multiple projects to address children’s mental health challenges with three overarching goals, common and relevant to all their projects:

With these goals in mind, TKI has established the EMBRACE program, a research collaboration focused on improving the mental health of children and young adults between the ages of 0 to 25.

“Our work is very broad, ranging from multi-site randomised controlled trials for young people at risk of psychosis to developing interventions for children who have experienced a burn, understanding the impact of chronic ear infections and mental health outcomes for children, to interview studies of suicidality in LGBTQIA+ youth,” Dr Lin told Medical Forum.

“We have a particular interest in youth suicide prevention, the mental health of marginalised groups of young people, including those experiencing homelessness, Aboriginal and LGBTQIA+ youth, and children and young people with chronic conditions. These groups often have unique needs but struggle to get safe and appropriate care.”

One of their projects, Walkern Katatdjin, aims to understand the needs of young people (14-25 years old) who are Aboriginal and/or Torres Strait Islander and identify themselves as lesbian, gay, bisexual, transgender, queer, asexual or other (LGBTQA+).

People in this age and gender group may not receive the same level of mental health care services, compared to other groups, and may be at increased risk of a wide range of problems, such as poor social and emotional wellbeing and mental health problems.

“We aim to understand their mental health needs and then work with local health services to develop interventions that can support them,” Dr Lin said.

The project has now developed an online survey based on interviews conducted with members of the Aboriginal LGBTQA+ community in Perth. The survey will soon be launched across Australia and will help researchers better understand the needs and experiences of this community.

Another project, SafeTALK, targets young people who experience homelessness and who might be at an increased risk of suicide. It provides support, training and identifies future targets for suicide prevention.

“This program will equip young people experiencing homelessness with the skills to respond to peers who have suicidal thoughts and help connect them to life-saving interventions and resources,” Dr Lin said.

The TKI-designed IMPACT study aims to understand the psychological outcomes of a burn injury for children.

“We have worked with children, parents and clinicians to co-design a brief trauma-focused intervention to help children and their families build resilience and good mental health following a burn injury,” Dr Lin explained.

The outcomes of these and other projects led by the EMBRACE program hold great promise to improve the mental health of our youth. Previous EMBRACE projects have already produced some important tools such as a digital game called SPARX, which helps children with depression.

“SPARX is a digital ‘serious game’ which uses cognitive behavioural principles in a fun and interactive way and has been shown to prevent depression in young people in the general population,” Dr Lin said.

The research team has also developed a new version of this game, called SPARX-T, aimed at trans adolescents.