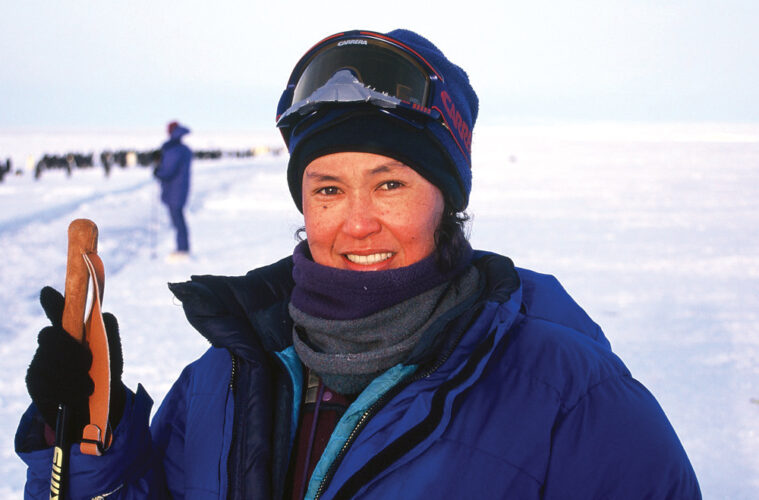 A life of adventure and learning

Dr Ann Ward’s career has afforded her entry into worlds not a lot of people get to see. She’s trekked the Himalayas, worked in Antarctica, doctored in remote communities and now wants to help save native forests in the South West.

When Dr Ann Ward told the women of the Aboriginal community of Warmun she was going overseas to work in the Antarctic, they gave her paintings of their country to put in her suitcase with strict instructions – she could go away for a year, but if she was away from them for longer, they would sing her back. 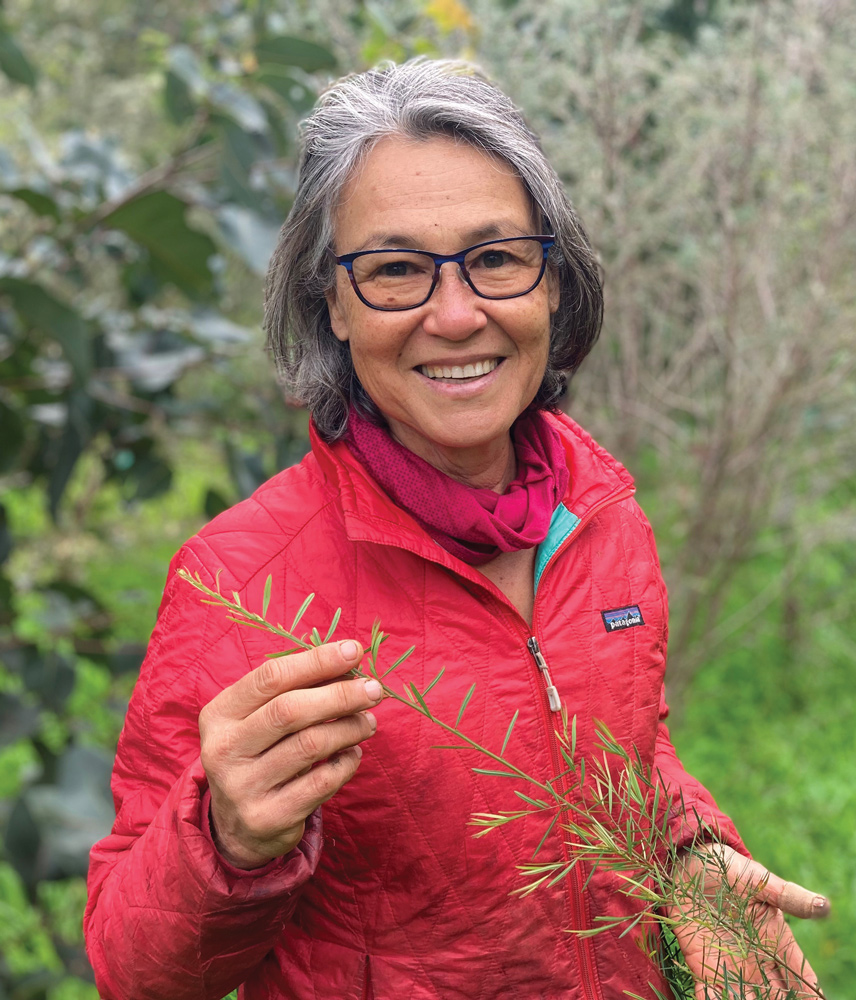 Such is the fraternity and loyalty that the rural GP has engendered in the community she has worked so closely with over decades.

When Ann’s mother died earlier this year, these were the women who called her with healing words and condolences. Even now that she’s moved south, she still consults to a local health group.

It’s one of the rich stories in the tapestry of her life that gives Ann meaning. She has been entrusted with many stories and believes life would so much less colourful and fun without hearing and sharing them. It’s perhaps also part of what has driven her to have a career filled with amazing experiences.

“You have to be prepared to be open to opportunities and possibilities and try to use your creative intelligence,” she says. “I think a lot of our medicine is so process driven we overdo things sometimes instead of using our common sense, which is an unfortunate result of defensive medicine.”

Ann studied medicine at UWA, which came as a bit of a surprise after she’d always been told at school that she wasn’t smart enough and it was beyond her reach. Her younger self wanted to be an air hostess because they always seemed to have the best stories. Instead, she got really good marks and decided to do medicine – just to prove a point and with a finger firmly pointed in the air. Turns out it was an inspired decision which has given Ann a lifetime of opportunity, adventure and privilege. It has allowed her to go where not many others have been. Her career as a rural GP saw her working for the Royal Flying Doctor Service in Meekatharra, as well as in Kununurra and the community of Warmun. She has also worked short stints in Nepal, Tonga and Antarctica.

With a degree fresh in hand, Ann spent five years working in Perth hospitals. During that time, she did her first trek in Nepal and became totally entranced. The following year she took three months off and the company she was trekking with asked her to become a trek leader. That led to a year as a trek leader and guide in the Himalayas.

In the 1990s she trekked 1000km across India as the expedition doctor for her then husband who summited Mt Everest. She later worked for the Himalayan Rescue Association Nepal, a voluntary non-profit group aimed at reducing casualties in the Nepal Himalayas. This began her adventurous habit of taking three months off for a hike or trek.

Ann loves meeting people and finds empowerment in connection as well as a strong sense of attachment to nature in the outdoor work she’s done.

“Some of the people I met in the Himalayas had never been more than 10km from their homes in their whole lives,” says Ann. “Yet they seemed content. It’s a different way of thinking and I’ve always been fascinated by that.”

Ann suggests that being half Chinese, half English and growing up in Malaysia before moving to Perth as a child also has some bearing on finding a spiritual home in Nepal and later in the red dirt of the WA’s north.

In 1992, Ann moved to Kununurra and spent the next 26 years working as a rural GP and taking regular trips out to Warmun, an Aboriginal community in the Kimberley, 200km south of Kununurra.

It’s a hugely significant part of her life and a place where she delivered two generations of babies, something she found deeply satisfying. She found community, family and a place where her otherness didn’t feel so other, once again linking her back to many eastern ways. 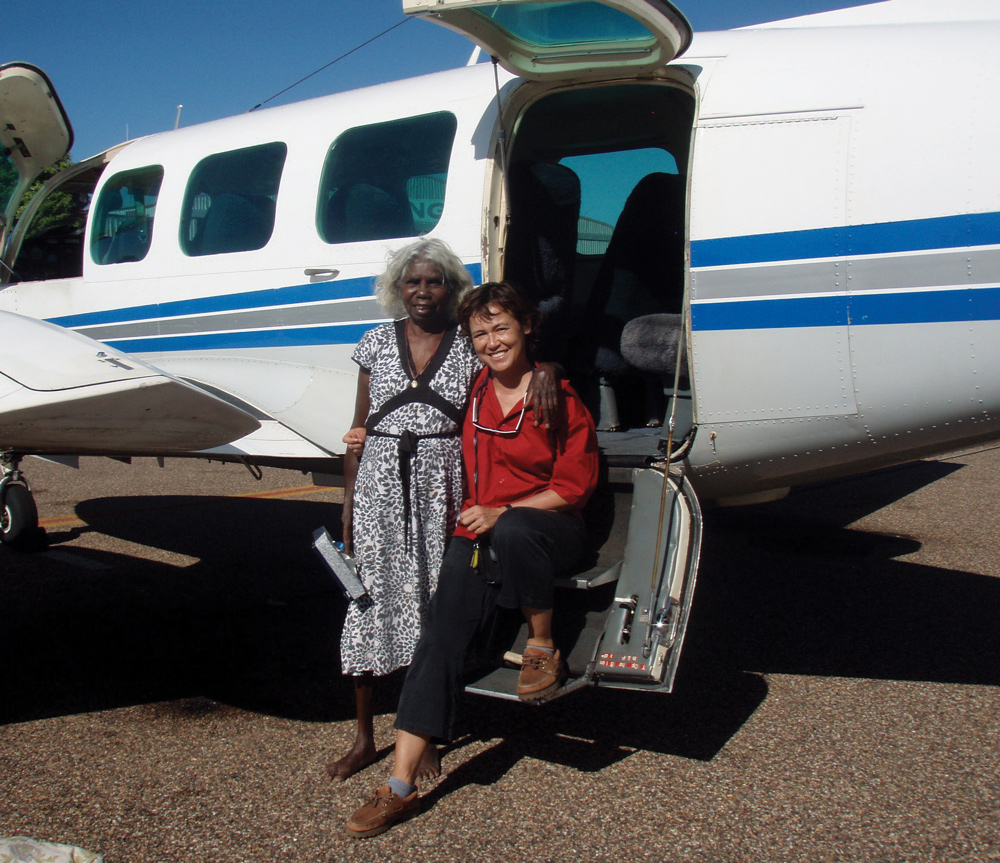 “It’s certainly a different way of thinking. People are less likely to think in terms of self but instead think in terms of community. It’s a great thing and a drawback too – because everyone knows your business and you’re always getting approached on the street about something.

“A connection to country is not something I was born with, but it’s something I very much admire and respect in Aboriginal people.”

Working as a procedural GP obstetrician, she was based mostly in the 30-bed hospital in Kununurra, doing general practice, emergency work, inpatient work, surgery (in obstetrics, gynaecology and skin cancer surgery) as well as flying weekly in a light aircraft to Warmun.

“It was stressful, but you had challenges to solve so you had to do it the best way you could with the skills and equipment you had. It’s the challenge of remote area medicine. You get better by doing it and recognising patterns. You don’t think you know much and then something happens and you realise you know a reasonable amount.”

During her time in Kununurra, it became normal for Ann to take three months off to go trekking or working in inland or coastal Antarctica.

That’s how she came to find herself driving a zodiac in the Antarctic during numerous visits and later being the doctor on a private super yacht charter with the Gates family heading to Antarctica. She also worked in inland Antarctica supporting tourists and expeditioners and travelled to places like the South Pole, the Dawson Lambton Glacier (to see emperor penguins) and Queen Maud Land.

Apart from being totally exciting, Ann says these experiences were a way to practise medicine in a different way. 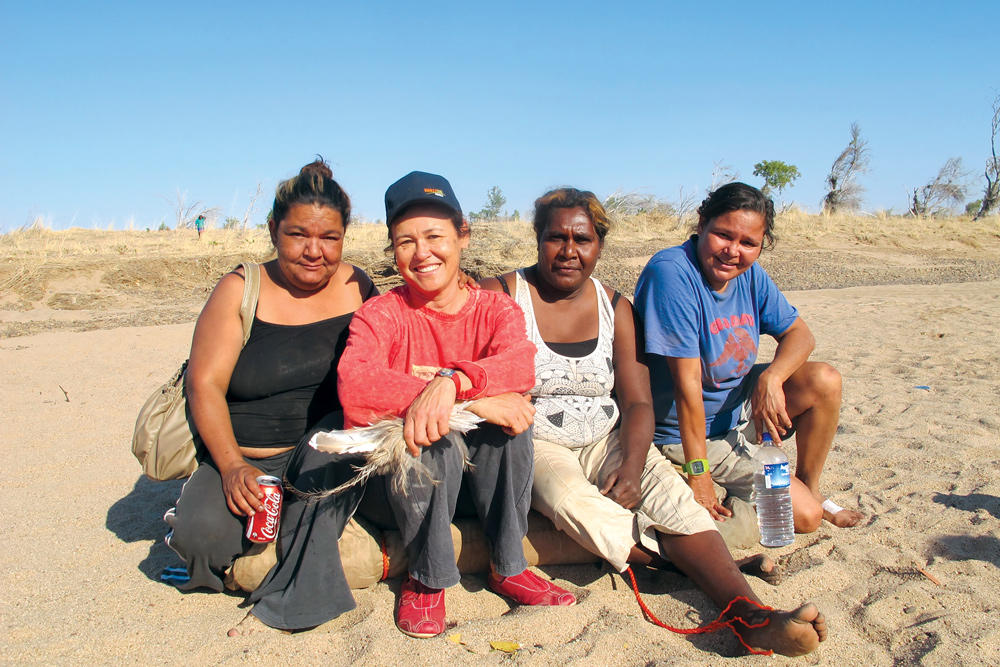 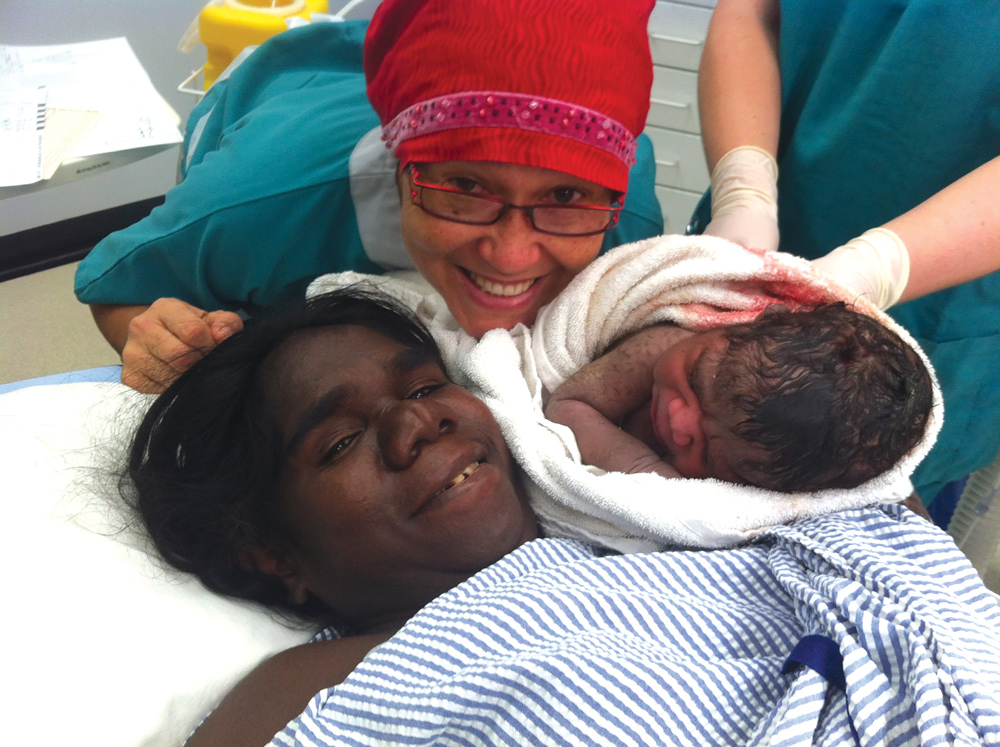 “I think it makes you are a better doctor when you have some time out,” she says. “Working remotely is intense. I think every decade you should take a year off. That allows you to find yourself outside of who you are as a doctor. The brave part is going without a formal plan.

“I would also encourage everyone to spend time being a rural GP. It’s an amazing role and such a privilege. You get to live with people through births, deaths, cancer, disease, emotional trauma – and sharing the journey of life. In the country, it’s all interconnected, so you can’t have an unpleasant interaction with a patient and not resolve it. You have to fix it because the community is too small, and you’ll be seeing them in the supermarket or during an emergency!”

Her connection to the land remains strong, which is why Ann now finds herself in Margaret River living on a 2ha bush block which she is revegetating. She’s also joined Nannas for Native Forests and Doctors for the Environment (DEA) to address the “madness” and “irreversible destruction” caused by the logging of the native forests of WA’s South West.

“I feel like a custodian of this land I am living on. I feel it’s important to do something about this situation we are in with our planet. We think that jobs, growth and economic expansion are a necessity when in fact this growth is destroying us. As humans on this planet, we’re currently on a trajectory toward our demise. I’m trying to do what I can to contribute, respect and restore the planet.

“We need to respect life on this, our only planet, and learn to respect all life. I really like the term coined by Charles Eisenstein of “interbeing”, which is our inter-existence where all life forces are dependent on each other – what happens to each of us happens to all beings on this planet.”

Now in her early 60s, she keeps her medical hand in by working two days a week at the Busselton and Margaret River emergency departments, something she really enjoys. She uses her spare time for her other interests such as volunteer revegetation of native bush, being on the board of Nature Conservation Margaret River, environmental activism, swimming in the ocean and yoga.

Swapping the red dirt for the green of the South West, Ann says she has found her tribe with like-minded people who share her interests.

“The Kimberley is hard and harsh and there’s a lot of extremes and I loved it, but I never thought I would grow old there. It took me about five years to decide to live somewhere else. I found an amazing bush block on the edges of the Margaret River which I’m helping revegetate.

“I have more time to give back and I’m really enjoying the two days in the ED. I don’t want to work all the time – but I have the energy and I do want to contribute.”