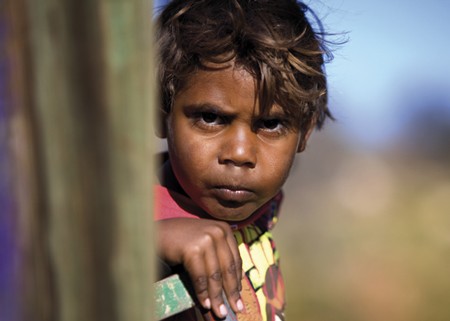 If energy and enthusiasm, rather than years, were markers of age, Prof Fiona Stanley is a 25-year-old epidemiologist hard on the trail of yet another breakthrough to make lives of children healthier and happier. The energy and enthusiasm are still there, housed in a body that celebrates 70 years on August1.

She laughs when she tells Medical Forum that she shares her birthday with thoroughbred horses across the globe and in racing parlance she, herself, has proven to be a Class One stayer. Fiona was in Melbourne when we caught up with her, spending precious time with her three grandchildren. This morning it was with young Lulu who was chomping at the bit to get going to the promised matinee of The Sound of Music.

But Fiona deftly juggles the need to campaign for the health of all children while giving herself to the needs of her own.

Her story is a well told one and the evidence of a big life is all around. From registrar at PMH to a respected and potent advocate for children, there have been some big highs and some lows on her watch.

The jewel is the Telethon Kids Institute of which she was founding director in 1990. Prof Gus Nossel told Prof Lou Landau, tasked with the job of finding a leader for this bold local leap into health research, to forget those with scientific reputations and instead look for someone with generosity.

When asked what were among her favourite personal achievements she nominates being able to set up “organisations, environments and cultures which allow people to shine”.

However, Fiona says at the heart of those organisations and environments were WA’s record-linked population databases.

“WA is so lucky to have them. We have access to the midwives registers and population data such as the Raine cohort study, which have given us such vital information about birth defects, cerebral palsy, autism, intellectual disability and so on. This information is incredibly enabling and has put WA on the international map of research capacity. Hundreds of people, mentored by me and others, have done their PhDs off them.”

“The reason I put this as one of my top achievements is that I don’t think I’m all that bright but have a great passion to do very good work. So the best thing to do when you’re in that position is to surround yourself with very bright people and enable them to do the work that absolutely needs to be done to make a difference.”

“It means you don’t have to be first on papers. You push your young people forward, you share your ideas and networks with them. What does that do? It makes the organisation truly great and everyone wants to work there and make it grow.”

Her second nomination is the work she and Prof Carol Bower did in linking folate to the prevention of spina bifida. As a result of their research and their hard lobbying, commercial flour was fortified with folate.

Just the day before we spoke, the AIHW had released its second report of three for the Australian and New Zealand Food Regulation Ministerial Council which evaluated the population health effects of mandatory folic acid fortification in flour.

“I get goosebumps thinking about it,” Fiona said. “We did it.”

It is one of a number of relatively simple solutions for complex conditions that she has steered through to translatable outcomes. Meningitis vaccines for infants; evidence which led to a reduction of the number of implanted embryos to prevent cerebral palsy are just two of the projects she has worked on.

The institute was also at the centre of identifying the now famous gap between Aboriginal health outcomes and those of the wider Australian population using statistics from the midwives database showing the infant mortality rate was race specific.

“My work at PMH in the 1970s running the Aboriginal clinic was an eye-opener for a little Cottesloe white girl. It was travelling to remote clinics and looking at the squalid conditions Aboriginal children were living in made me decide that I had to do a different kind of medicine; one based on prevention.”

“I have a life of extraordinary richness and I’ve learnt so much from indigenous people across Australia. I have discovered the significance of Aboriginal culture; the relationship to land; the real family love and support that exists in communities and I have forged amazing friendships that I will treasure until I die.”

Success based on trust “The trust that has grown has been a huge lesson. We are all a bit racist and paternalistic. We don’t trust that Aboriginal people can work out their solutions – but, of course, they can. There have been so many royal commissions and reports and time and again their recommendations are not implemented or they are ignored. If they had been implemented we wouldn’t be seeing the suicide rates we are seeing today.”

“Even the most so-called dysfunctional of communities know what it needs and the kinds of things that come out of Canberra or Perth that are developed by white bureaucrats who don’t understand the context in which Aboriginal people are living will fail again and again.”

“We have wasted billions and billions of dollars … and who gets blamed? We must start listening to people like June Oscar whose program in the Fitzroy Valley is making young people proud to be Aboriginal and will turn things around. It’s not rocket science. No one would want things they didn’t understand imposed on them and yet we fail Aboriginal people like that all the time. So while I feel Aboriginal health is a strong part of my achievement, in a way I also think that we have failed to convince governments that Aboriginal control, with strong, competent, ethical partnerships is the way to go. Not partnerships that demoralise, or are paternalistic or that shatter self-esteem, that’s why kids suicide.”

“We’ve never really healed the stolen generation, but I’m optimistic and always will be. I believe Aboriginal people have got the solutions and it will only take a few of us to help them make gains.”