Effie the (No Longer) Virgin 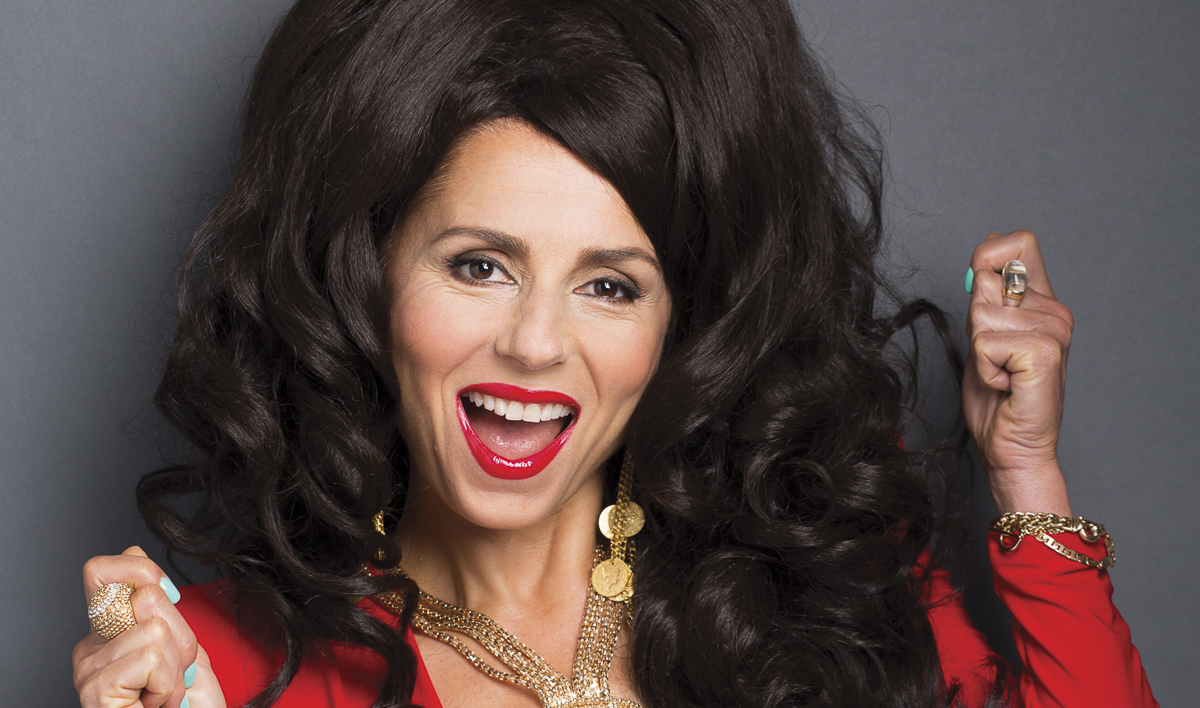 ED: Medical Forum spoke with Mary Coustas about her career, her iconic character Effie and her show Love me Tinder that was part of the now cancelled Perth Comedy Festival.

Effie is back in a new show for the Perth Comedy Festival. Her creator Mary Coustas talks to Ara Jansen about how Effie has changed her life.

MF: Your latest show is called Love me Tinder. Effie got married and lost her virginity – that’ll give her plenty to tell us about.

MC: Love Me Tinder is the third part of the trilogy. In the first show, A Date with Effie, she was looking for love. In Effie the Virgin Bride, she got married to Shane Bradley Cooper, her first kiss from primary school. Love Me Tinder takes place seven months after the wedding. This one deals with the reality on the other side of the fantasy.

What happens when [life is] mundane, every day and routine? What happens when one of the most attractive, coveted, lusted-after-virgins of modern history finally yields to the pressures of marriage and intimacy? It occurred in Effie’s Southern Hemisphere, “a beast, a ravenous beast, was released from within” and, in one night, Effie went from frigid to feral. As far as she’s concerned, the genie is well and truly out of the bottle and this dangerous curiosity has taken hold. Effie loves Shane and she doesn’t want to lose the love of her life because of this. 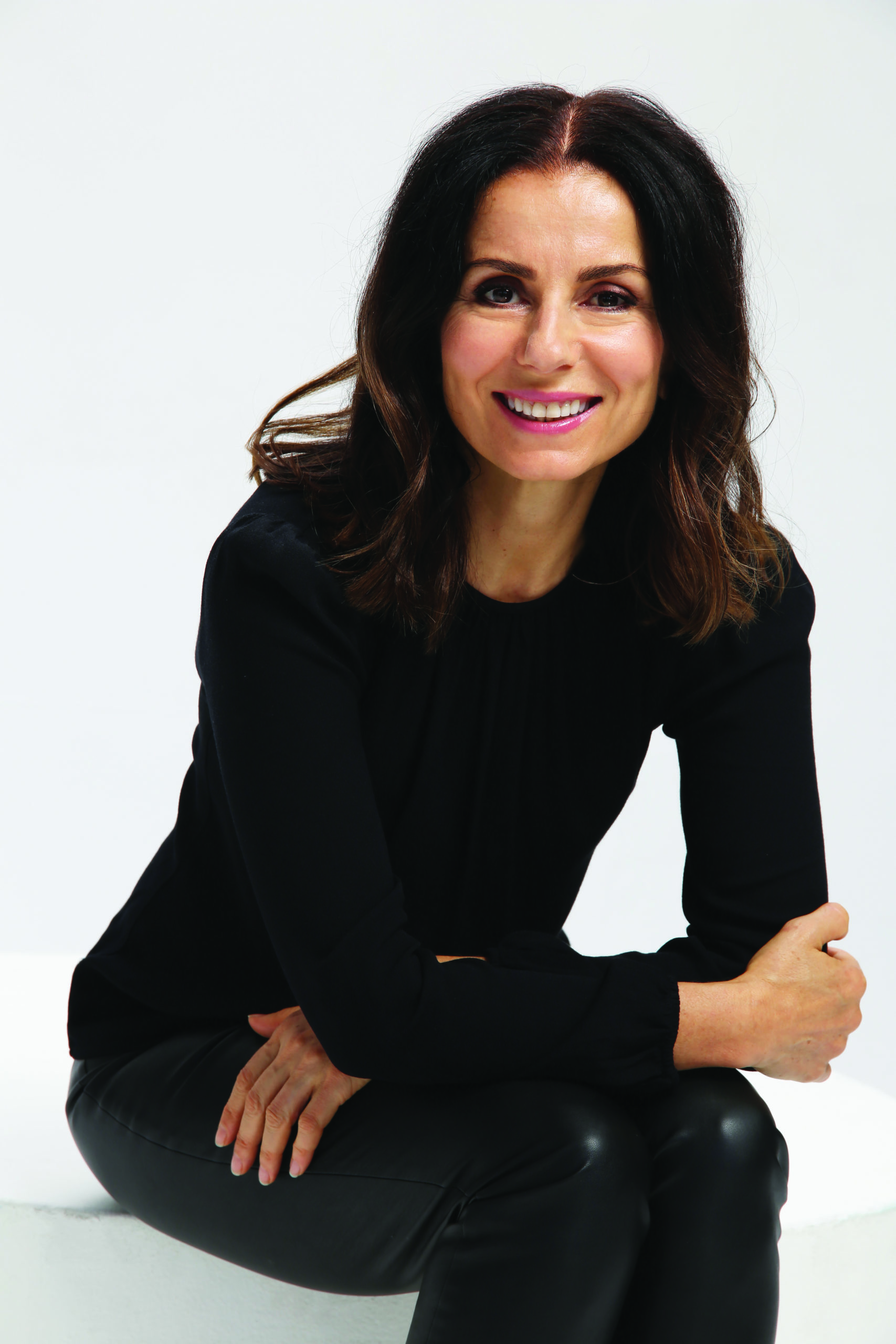 MF: Celebrating Effie’s 30th anniversary, how do you think of her? Is she a sister, a character who sits in the cupboard until you get on stage, or like having another personality?

MC: I see Effie as the child in me. Effie is the love letter to the first decade of my life growing up in the working class Melbourne suburb of Collingwood. I liken Effie to putting on my favourite pair of ugg boots. It’s an utter joy and the only time in my life where I am totally fearless and free.

MC: Effie speaks the truth in a way that is totally acceptable and refreshing. In a time of such political correctness and over-monitoring of freedom of speech, this is a necessity and something comforting for the audience, as much as it is for me. Effie’s intentions are never negative. It’s theatrical and fun and we cannot get enough of that, especially in times like now where there is so much fear and judgement.

MF: Did you have to think hard about how the character would age in attitude and tastes, or was it natural and effortless?

MC: I have always found Effie effortless. It’s like another skin for me. I revel in her openness and her ability to touch and connect with anyone and everyone. Half of the show, every single night, is improvised. It’s that part of the show that is the high wire act. People go crazy for it because you never know what’s going to happen. And magic always happens.”

MF: The world isn’t the same as it was 30 years ago, so how did Effie navigate that? How did you keep her funny, keep her soul but still move with the times and make sure she didn’t become a relic of a bygone era?

MC: I have put the character in so many different situations. Whether it’s with prime ministers, sporting stars, the general public or very difficult things like Make a Wish for children whose final wish was to spend the day with Effie, or the litany of TV shows that I have appeared on over the past three decades. Situations that challenge us force us to extend ourselves and that’s when we are at our most present and often where we rise.”

MF: Do people laugh with or at Effie – or both? Is there power in that?

MC: “I think people do laugh with and at Effie. They laugh at how she looks at the world as well as how she reacts to it. We love larrikins who are relaxed, loveable and down to earth. That Aussie spirit is so much of our country’s character. It insists we don’t take life, or ourselves, too seriously.

Regarding the power of that, if we look at what the media and society often tells us, that is in order to be a success you need to be educated, Anglo and acceptable in so many ways that Effie isn’t, this is where a great character can make a category all of its own. It’s like parliamentary privilege. I feel like the mask of Effie is the get out of jail free card that I need to speak about the taboos that need to be addressed. She makes everything acceptable, memorable and quotable.

MF: Is Effie more like you now than she was 30 years ago? Are there moments when you think, “oh my goodness, that’s me” not the character?

MC: Totally. Initially Effie was like a lot of young people, concerned only about her own needs. There’s a spunkiness to that but over the years there’s a greater opportunity for me to comment on so much that is happening. So much that we’re all trying to get our heads around. The everyday challenges that we all need help and insight into. Occasionally I’m surprised by it, but mostly I’m conscious of the power that it has to get to the core of something that we all need to address. I like to think of it as joyful medicine.

MF: Is it fair to say Effie helped introduced wider Australia to our multicultural and migrant community all those years ago?

MC: We are all looking for new things to fall in love with. I knew there was a rich world that I came from that was lovable. Rich in character, contradiction and theatricality. I’d been captivated by the Greeks from as far back as I could remember. The loudness, the generosity of spirit, the life-loving nature of them, and I wanted to expose that to the world.

The first stage show, Wogs Out of Work, became an instant and humongous hit around the country, followed by the TV show, Acropolis Now. Thankfully these shows were able to break down many of the barriers that were between us. A stereotype is something that we instantly recognise and in order to understand something it needs to have some form of familiarity. It’s that initial connection that is the gateway to seeing what else is behind that familiar facade.

MF: How has Effie changed you? What has she given you?

MC: Effie has been such a gift for me. I can take life pretty seriously. There’s an intensity that I have that Effie perforates. She’s kept me young, curious and employed. It’s a co-dependency that works for both of us. And thankfully for the public as well. I know the power that she wields. And I know the healing that she brings. I’m forever grateful of that. And at a point in my life where I have been overwhelmed with grief, she is the Sherpa that helps lift me.

MF: Why do you think you’ve been doing your best work in the last five years?

MC: After the loss of my still-born daughter, Stevie, in 2011, I felt like I had been turned inside out; that all my feelings were no longer shielded by composure. That thicker skin that had always protected me had been ripped away. I felt totally exposed. But the benefit of immense loss is that your humanity is far more accessible. I felt more empathetic; quicker to tears and quicker to laughter. Those emotions made me a better actor, person, wife, friend, daughter and eventually mother to my daughter, Jamie, who was born in 2013. I had more to say, more to give. The last three stage shows since that time have been the best work I’ve done, because of Stevie.