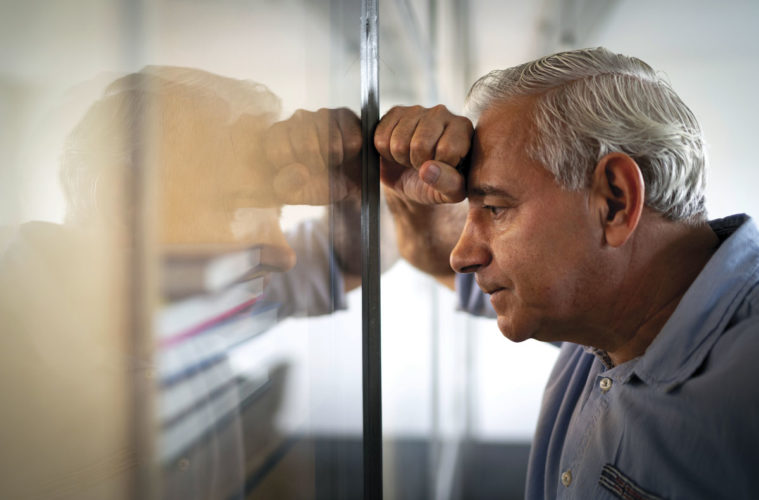 In 1906, a young research assistant at Munich Medical School gave a lecture about the case of a deceased 55-year-old woman, explaining the woman had been affected by memory loss and disorientation prior to her death. During the post-mortem they found senile plaque and neurofibrillary tangles in her brain, which had previously only been observed in elderly people. The name of the research assistant? Alois Alzheimer.

The understanding of Alzheimer’s disease has come a long way since Alois’ famous lecture, yet the disease is far from understood, and today it is a major and growing public health issue.

It is estimated that 447,115 people are living with dementia in Australia today, with 250 people diagnosed daily. Dementia is the second leading cause of death, and for women it is the leading cause of mortality.

Dementia is characterised as a group of symptoms that encompass a multitude of neurodegenerative diseases, Alzheimer’s disease being the most prominent, accounting for up to 70% of cases. These diseases are progressive and have no cure.

With an ageing population and subsequent increasing incidence, dementia represents a significant burden to the current and future health care system in Australia. In 2018, dementia was estimated to have cost the Australian economy more than $15 billion, with this figure predicted to increase to more than $36 billion by 2056. By 2058, more than 1 million Australians will have the disease unless a medical breakthrough is made.

To garner a more comprehensive understanding of Alzheimer’s disease and what the contemporaneous research has found regarding early identification and avoidance, Medical Forum spoke to one of WA’s leading researchers in the field, neuroscientist Dr Stephanie Rainey-Smith, from the Centre of Excellence for Alzheimer’s Disease Research and Care, at Edith Cowan University.

While completing her doctoral research on motor neurone disease at Kings College London, Dr Rainey-Smith became interested in the work of her colleagues who were researching Alzheimer’s disease, and from then until now, her interest in the condition hasn’t wavered. She was awarded the 2019 WA Young Tall Poppy Science Award from the Australian Institute of Policy and Science for her extensive research.

Dr Rainey-Smith’s primary research objective is the early identification of Alzheimer’s disease (AD) pathology, which can develop in the brain over decades before overt symptoms are recognised and a diagnosis is made.

“By the time, a lot of the damage has been done. The brain is damaged, brain cells have died, the toxic proteins have accumulated,” she said.

Early identification, coupled with intervention, is the best possible strategy.

“We need to use early diagnostic techniques such as brain imaging and hopefully one day a blood test, which is being worked on at the moment, to identify much earlier on individuals at risk so that we can implement strategies that will give us the best chance to diagnose and treat,” she said.

“Earlier intervention, the better chance of success in terms of slowing the rate at which the pathology accumulates, and thereby delaying symptom onset.”

There have been numerous studies examining the efficacy of blood tests that measure levels of the protein amyloid beta in the blood – if the proteins are reduced below threshold, this suggests amyloid beta deposits have increased in the brain, which is characteristic of AD.

Although a standardised blood test for AD diagnosis is yet to be implemented outside of clinical trials, some studies have reported findings with up to 90% accuracy.

Academics from the Department of Neurology at the Ohio State University developed a self-administered cognitive assessment instrument called the Self-Administered Gerocognitive Examination (SAGE), which has been suggested as a reliable tool for identifying cognitive impairment. Although, any findings will not be conclusive, this could be useful for an individual to use before undergoing a clinical evaluation.

As far as genetic risk is concerned, Dr Rainey-Smith said that although there was a form of familial AD that was caused by dominantly inherited genes, it is rare, accounting for only 3% of AD cases, with disease onset occurring much earlier in these individuals, often as young as 30 years.

In the majority of (sporadic) cases, onset occurs after the age of 60. The established theory of AD causality is considered to be a combination of environmental and lifestyle factors with some genetic interaction that affects the brain over time, although this is a fluid understanding as the exact causality is not known.

There has, however, been advances in understanding the connection between apolipoprotein E and AD according to Dr Rainey-Smith.

“Apolipoprotein E is important for lipid metabolism and cholesterol transport and we know that there are ties between cardiovascular disease and increased Alzheimer’s risk. Apolipoprotein E is also important for the transport and degradation of amyloid beta, which is one of the hallmarks that accumulates in the brain of an Alzheimer’s patient,” she said.

“The apolipoprotein E protein is encoded by the APOE gene, which exists in three forms; ε2, ε3, and ε4. You inherit two copies of the APOE gene, one from each parent, and inheritance of at least one copy of the ε4 form is associated with increased risk of AD. One of the theories to explain this increased risk, centres around the fact that APOE ε4 is associated with less efficient clearance of amyloid beta.”

Pharmacological research exploring new drug candidates as potential treatments for AD are yet to demonstrate efficacy in reducing symptomology such as limiting Tau – one of the other hallmarks of AD that accumulates in the brain. Other research has looked at tumour necrosis factor inhibitors – drugs that suppress the body’s response to a protein that causes inflammation.

“We know that inflammation plays an important role in the Alzheimer’s disease process. There are some novel drugs that are under investigation at the moment. A lot of the clinical trials have failed. But we do think that one of the reasons they have failed is because they’ve been administered to patients when their brain is already severely damaged, which is why I believe a preventative strategy is currently a more feasible approach, and something that we should thoroughly investigate” Dr Rainey-Smith said.

The earliest possible intervention would provide individuals with the best opportunity to mitigate the severity of AD in later life, yet this came down to the individual being cognisant of even the slightest decline in their cognitive abilities, she said.

“When someone starts to feel like their memory isn’t as good as it used to be, there is evidence that these individuals are at increased risk of getting Alzheimer’s or dementia in the future. This is, ideally, the stage at which we want to start implementing these prevention strategies, to give the best chance of modifying disease course.”

There is evidence to suggest maintaining cardiovascular health is causal to avoiding AD and dementia.

“We are starting to understand that what is good for heart health is also good for brain health. There are things that we can all do and we don’t have to have been doing this for decades. People can start any time. Obviously, the earlier you start, the greater benefit you get.”

Although a healthy diet and plenty of exercise seems like an overly simplistic solution to such a complex disease, this is an area of research with significant efficacy, according to Dr Rainey-Smith.

“There is a lot of evidence that suggests physical activity is important, not just in volume, but also intensity, as well as diet. My own research has shown that if you adhere to a Mediterranean diet, there is a reduced rate of pathology accumulation in the brain. And you needn’t have been adhering to that diet for a very long time. We saw significant benefits over three years with fruit intake being of particular importance.”

Another preventative strategy is sleeping well. Dr Rainey-Smith suggested that poor sleep can increase risk of AD and dementia.

“We’ve always understood that poor sleep is a symptom of Alzheimer’s and dementia, now we are starting to understand that it can also increase our risk.”

“Putting those three factors together – a healthy diet, plenty of exercise, and good sleep – we’ve got a good chance of being able to delay or ideally prevent disease onset, and these factors have even been shown to counteract increased risk of Alzheimer’s due to presence of APOE ε4.

“We’ve got lots more work to do to really understand the disease and what contributes to its development. What we do know is it’s a very complicated situation.”

Dr Rainey-Smith said that by implementing these lifestyle strategies early, there is the possibility of delaying the onset of symptoms conceivably by three to five years, which is significant for anyone.

Finding a baseline of an individual’s cognitive abilities is ideal for monitoring any decline.

“Then, in the future, if an individual begins to experience issues, they can go back and have another assessment and see how they’re tracking compared to their baseline assessment. Self-awareness is very important and you can certainly get some assessments done at a memory clinic, or we have a lot of studies that we run at the Australian Alzheimer’s Research Foundation.”

“The other factor is making sure that GPs are aware of the message that what’s good for the heart, is good for the brain. Their patients need to be encouraged to eat well, exercise intensely and sleep well.”

Scientific understanding of AD is increasing rapidly, according to Dr Rainey-Smith.

“The advent of neuro-imaging techniques such as beta-amyloid imaging, which came to Australia in about 2006, has been a significant advancement. With this new type of brain imaging, we’ve been able to improve our understanding of how the disease process manifests and how the pathology accumulates in the brain, decades before symptoms present.”

“Retinal imaging is also beginning to show considerable promise as a potential method of tracking disease development, although more work is needed.”

“It’s far more accurate than a non-specific memory test. The problem is that with some forms of dementia there is an overlap between symptoms and pathology. An individual might have Alzheimer’s disease, but there’ll be a vascular component too. It can hard to clearly differentiate between the types, and mixed forms of dementia also exist.”

Researchers have found individuals who had ‘antemortem preservation of cognition who show post mortem evidence of at least moderate Alzheimer disease’ which highlights the ability of some individuals to functionally resist AD despite the presence of plaques and tangles.

The researchers call this ‘cognitive reserve’ and although the ‘how’ and ‘why’ this happens for some individuals and not others cannot be answered presently, it could open the door to further understanding this complex disease.