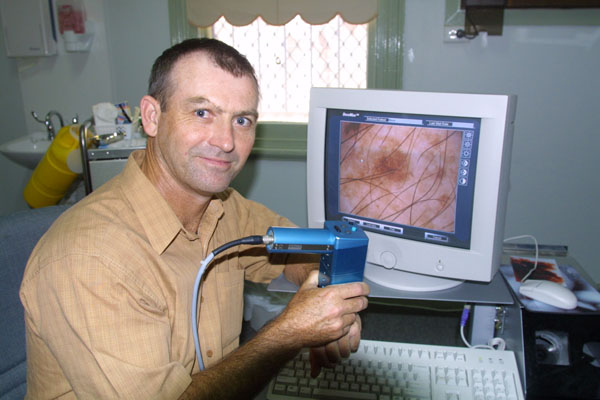 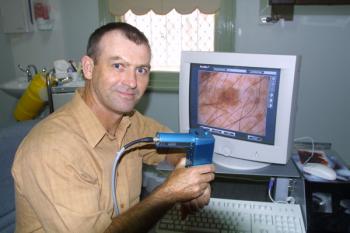 Dr Hames is stilling doing some general practice but his main interest is now in politics.

Dr Kim Hames, former Liberal MP and Minister for Water Recourses, Aboriginal Affairs and Housing, is making a political comeback. First elected to the seat of Dianella in 1993, he switched to the seat of Yokine in 1996 after his original seat was abolished. He was defeated in the 2001 election by Labor’s high profile former police officer Bob Kucera (who ironically was appointed Health Minister, a portfolio Kim was never offered).

He told Medical Forum this month that he was keen to get back into State politics. He said he had sought Liberal Party endorsement for the seat of Dawesville at the next election. He will be one of six candidates for the endorsement later this month.

Since his defeat in 2001, Kim has been busy working with a skin-screening clinic and with the Department of Indigenous Affairs in the area of Aboriginal site surveys. We asked him some questions recently:

Having experienced both medical and political careers, which one is best?

“Politics, no question. It really gets into your blood. Medicine is a good profession but both of them put a lot of pressure on your family life. Many people will tell you you can’t do a lot personally for people in politics but that’s not true. Working in an electorate can be very rewarding because you can help people cut through the red tape of Government – things like helping with veteran’s pensions and the like.”

What lead you to politics?

“Bulk billing – the endless stream of 10 minute appointment all through the day. They finally convinced me general practice wasn’t for me. Also, my work with people, interest in their lives and work with local council gave me an appetite to get involved.”

During your 1996 interview with this publication, just before you successfully stood for parliament, you said dealing with people in general practice prepared you well for work as a MLA. What didn’t it prepare you for!

The long hours. Sometimes spending until 4am in the same place. I think a lot of time is wasted in debates and changes could be made to improve the way the Parliament runs.

Seven years ago, you told Medical Forum that in lobbying for change, public noise makes a fair impression but this doesn’t have as much effect as someone going directly to their parliamentarian with a problem. Do you still hold that view and why?

Absolutely. That’s not to say there are not times when making a lot of noise isn’t worthwhile but, in general, one member who works hard can get change.

Reform of the public health system is high on the Government’s agenda. The tertiary hospitals have a powerful lobby, much of it directed through the AMA. Is consensus impossible in an election year?

No. It’s unlikely because the best time to get consensus on these issues is post-election. The AMA does have a powerful voice. The Government spends too much time fighting the AMA and vice versa. It would be much better if someone could get them to compromise.

What’s your personal view on the critical changes needed to the health system?

Waiting times at, and getting into, hospitals. That and ambulance bypass delays. I have a number of ideas on how to fix these problems but I’m not about to say what they are at present. I’ll discuss them with the opposition health spokesman and see what we can do if we are elected.

Looking back, did you really make a difference during your term in office? For example, you told us you had great hopes for your work with remote Aboriginal communities. What happened? And you blocked the American schedule of disabilities being incorporated into the Worker’s Compensation Legislation, yet we believe that schedule is now being introduced? Why?

I am not aware that the Government is going to adopt the US schedule. I oppose it because it is inequitable, particularly in the area of back injury. I like to think I made a difference in Parliament. My work with Aboriginal communities in the area of addressing domestic violence was gratifying. Groups I meet with constantly say they got a better deal out of the Court Government than the present one.