Ed: Doctors work hard and often spend only a small proportion of what they earn. Give some thought to your superannuation strategies, writes financial planner Rob Pyne.

Frank is a 58-year-old doctor with income of $555,000 a year and net wealth of $7 million. His current workload sees him at 20% of full time equivalent (FTE) in the public system, and 60% FTE in the private system. 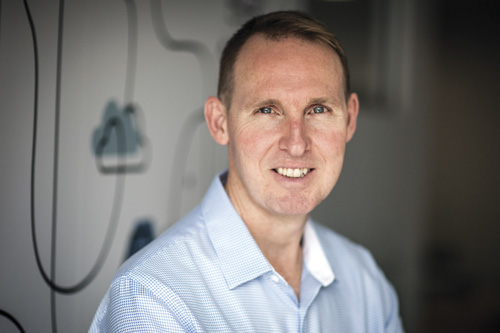 Frank loves his work so he works a lot and spends far less than he could resulting in a large proportion of his disposable income going unspent and building up in his bank account.

Frank was aware that his built-up cash could be working harder for him elsewhere, but he wasn’t sure where that ‘elsewhere’ was.

Here are some recommendations.

For clients in their mid- to late-50s, maximising their funds in superannuation is a good thing. Given restrictive superannuation contribution limit, when people like Frank have a significant pool of assets outside of superannuation, it’s important to devise a contribution strategy over a number of years to get as much into superannuation as possible. These funds will eventually fund a tax-free income stream in retirement.

This non-deductible contribution has significantly boosted Frank’s retirement savings, where earnings are only taxed up to 15% in super, and tax free in pension. (This is substantially lower than his current marginal tax rate of 47% including Medicare and helps maximise growth.)

The public health system offers its employees the chance to salary package tax-free amounts towards general living expenses as well as meals and entertainment expenses. Employees are also able to salary sacrifice their income to superannuation.

Frank has the added benefit of having a GESB West State Super Account. (This fund was closed to new members in 2007 and is irreplaceable.) West State is unique in that it is an ‘untaxed fund’ where tax on contributions is deferred until funds are accessed (via rollover or withdrawal at retirement). This enhances compounding investment returns as they can generate returns on the deferred tax amount. Deductible (pre-tax) contributions to West State are not capped at the standard annual limit (currently $25,000), but are instead counted towards a lifetime limit (currently $1.515m).

Given Frank’s high disposal income, he maximised the tax-free salary packaging benefits and salary sacrifice a significant portion of his income ($1,500 fortnightly).

Contributions to GESB West State are counted towards the general cap of $25,000 a year applying to Frank’s other standard ‘taxed’ superannuation fund.

The net benefits of the above strategies are:

These strategies should ensure Frank a comfortable retirement whether that happens in two years’ time, or 10.

ED: Rob Pyne is managing director of HPH Solutions. This is an actual case study but for privacy reasons, the client’s name and details have been changed.