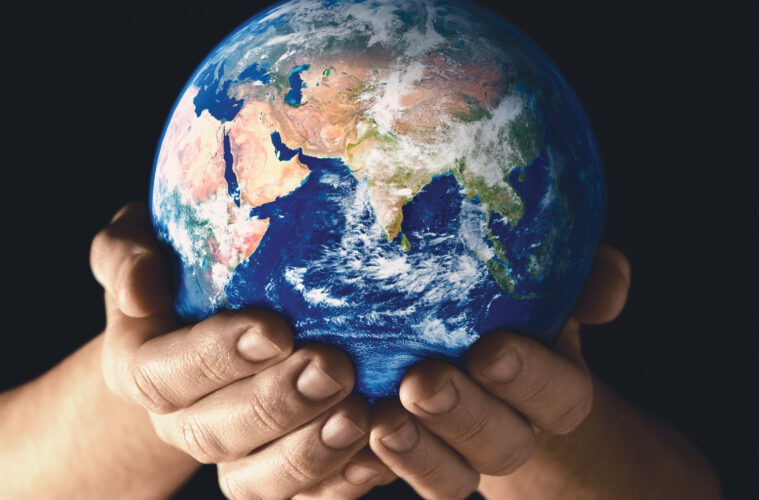 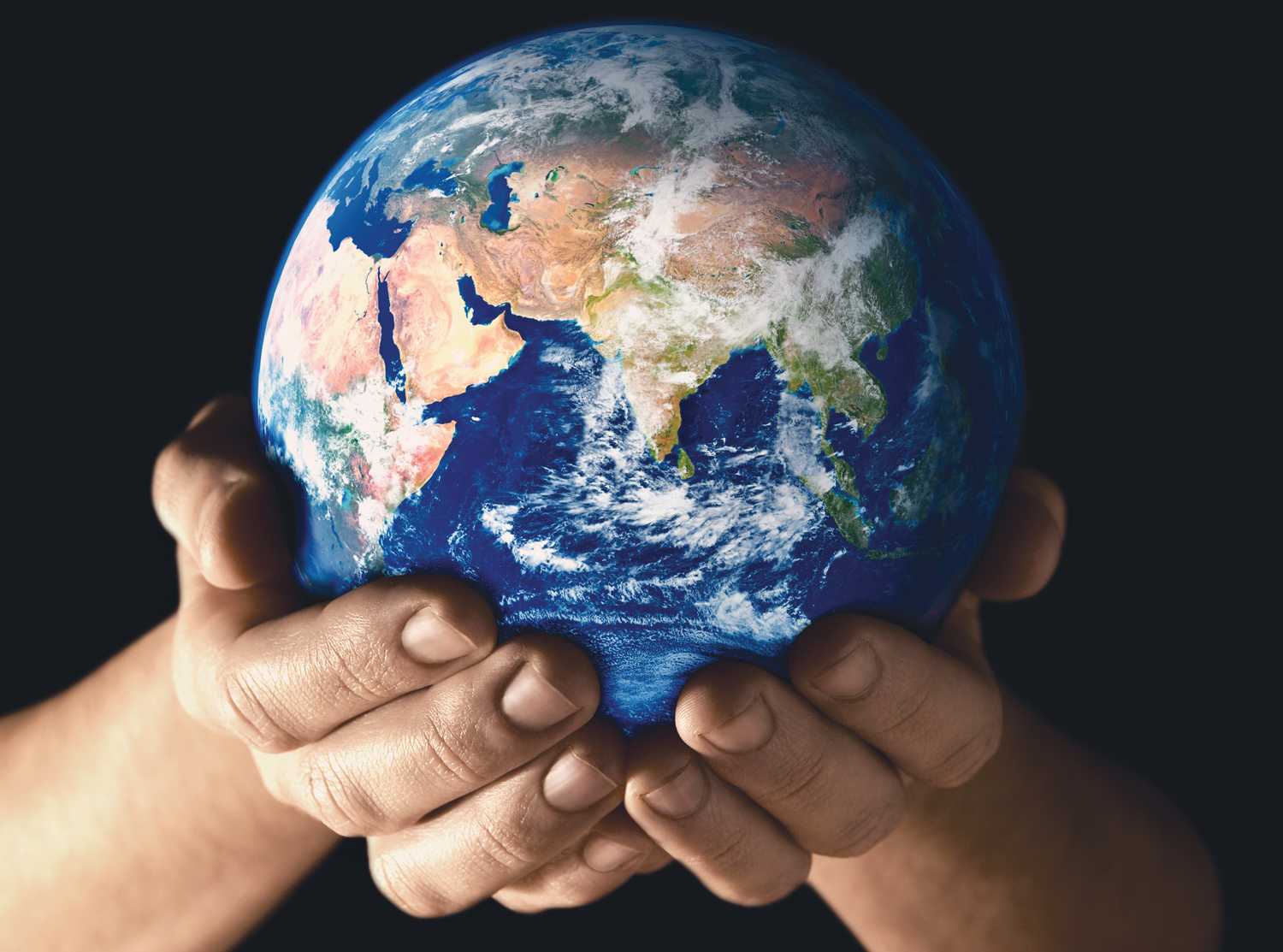 More doctors are actively campaigning about the biggest health threat of our time – and no, it’s not coronavirus. Cathy O’Leary explains.

Activism is hardly a new phenomenon among the medical profession, with doctors known for their willingness to stand up on issues ranging from unsafe working conditions to climate change and social justice.

But their stance has taken on a more pressing edge in the past year, as global events have put in sharper focus concerns about the health of the planet and its inhabitants.

While COVID-19 hit the world like a thunderbolt and continues to ricochet around the globe, many scientists argue it was an “expected surprise”. The growing threat from zoonotic diseases had long been predicted, and genetic analysis strongly suggests the novel coronavirus originated in animals, probably bats.

Alongside the medical scientists are ecologists who argue that the pandemic points to a much bigger timebomb – climate change – that cannot be remedied by a vaccine.

In a report released last year, the United Nation’s Environment Programme warned that the science was clear that if communities kept exploiting wildlife and destroying ecosystems, they could expect to see a steady stream of diseases jumping from animals to humans.

“We were warned that the current pandemic was not a matter of if but when,” it said. “And it is a human failing that we predict, but we do not prepare.”

Kate Jones, an ecological modeller at University College London who has researched the links between loss of biodiversity and disease outbreaks, echoed those sentiments in Nature magazine last August.

“We’ve been warning about this for decades,” she wrote. “Nobody paid any attention.” 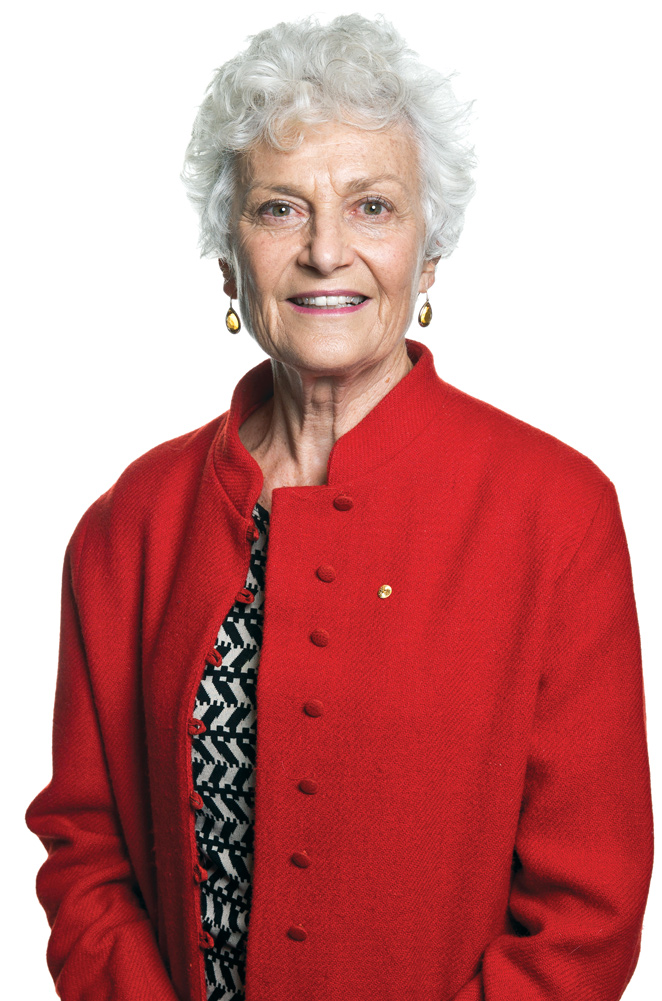 In a recent compilation of life stories, Women of a Certain Rage, Perth’s most respected child health expert Professor Fiona Stanley lamented the lack of traction in Australia.

“I am angry and anguished about the lack of action on climate change, and the denigration of science and the evidence behind it by politicians and some aspects of the media,” she wrote.

Her concerns are shared by other WA doctors including Dr George Crisp who said scientists had been warning about increasing risks from zoonotic diseases for decades and the naysayers had said they were wrong.

“But they didn’t get it wrong and we did get a zoonotic disease, and we’re likely to get more,” he said. “That should be part of the messaging for planet change, that there are going to be a lot of expected surprises and we could see massive crop failures and people around the world starving en masse.”

Collectively, doctors and health groups have been lobbying for change with proposals such as an 80% emissions reduction from healthcare by 2030 and net-zero by 2040; 100% renewable energy for WA by 2030; and no new fossil fuel developments. 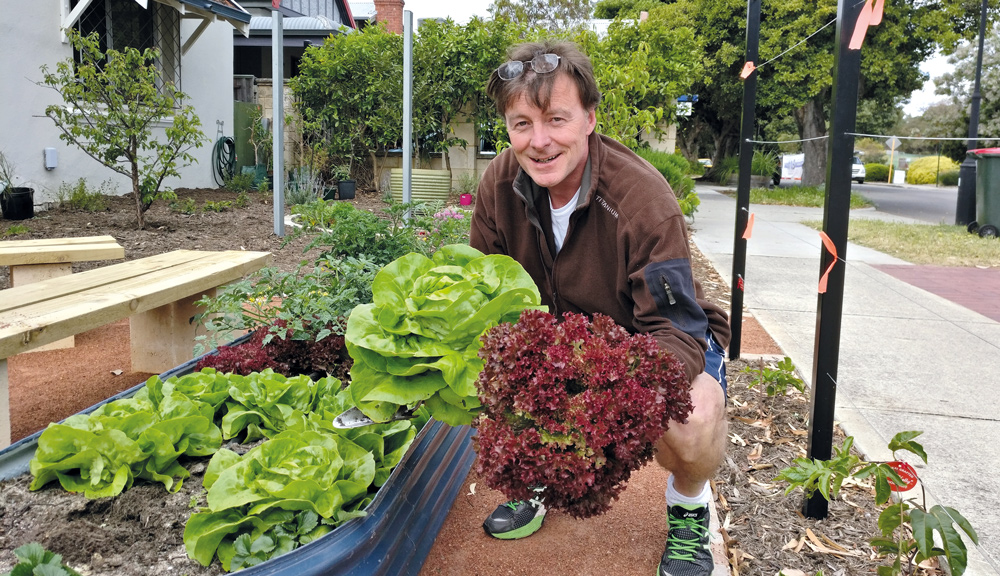 But fears have been heightened by the proposed Scarborough gas export development in northern WA, which the Conservation Council of WA and the Australia Institute claim could generate more carbon emissions than Queensland’s Adani coal mine.

Dr Crisp said some industries were trying to use the pandemic as a springboard to promote fossil fuels by arguing we need it as part of the economic recovery.

“But that’s one of the worst possible things we could do,” he said. “Unfortunately, it’s resulted in a unification of the major parties which is very disappointing, especially as I think the economics of the gas-fired recovery is almost totally false, and gas is only going to get more expensive.

“It also shows that despite their rhetoric, they don’t really ‘get it’ when they are actually looking to develop new fossil fuel industries.” 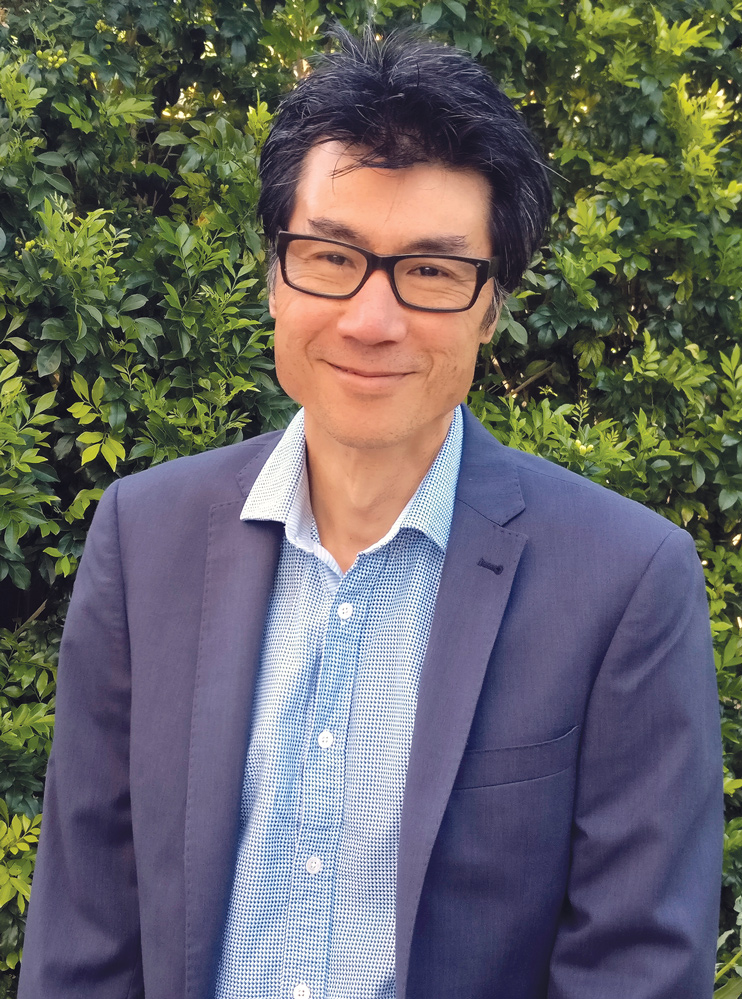 Dr Richard Yin, national secretary of Doctors for the Environment Australia, said that at a national level, climate action had gone nowhere, with both major parties failing to commit.

“At a state level, we have a climate policy but at the same time you’re looking at the approval of the Scarborough project, and the emissions from that are just ginormous,” he said.

“So, we’re hearing a certain rhetoric but at the same time we’re not seeing anything commensurate with the actions required.”

Dr Yin said Australia had traditionally been dependent on fossil fuels in terms of the economy but that did not stop it from moving forward.

“We’re coming very close to tipping points where if we don’t take action, and have steep declines in the next 10 years, it’s going to be too late and it’s not looking very pretty for our kids,” he said.

“We just need to acknowledge the issue and address it. We did that for COVID, even though it had an economic consequence.

“Just look at the impacts of our bushfires and droughts, and we’re going to have more of that. There are significant mental health impacts too that will persist for a long time, and the social costs are going to be at least as much as the tangible costs from bushfires.”

Climate change advocates have been encouraged by a recent Australian Federal Court judgment following a class action case on behalf of Australian children against Environment Minister Sussan Ley, which sought to prevent her from approving the Whitehaven coal mine extension project in NSW.

While the court dismissed the application to stop the minister from approving the extension, it found the minister owed a duty of care to Australia’s young people not to cause them physical harm in the form of personal injury from climate change.

Dr Yin said the ruling put governments on notice that duty of care will now become a legal issue, and there will also be corporate risk issues that will be subject to the same ruling to consider climate change risks.

He said doctors needed to challenge the status quo because they had a moral responsibility to be health advocates.

“A few weeks ago, doctors and nurses held a public rally outside the Perth Children’s Hospital, and a few decades ago doctors even went on strike, and we’ve also had doctors on the front steps of Parliament for the sake of refugee children,” he said.

“We really need to lift our level of advocacy to meet the threat this is posing. And if governments don’t act, there needs to be some sort of response from us which is appropriate.”

Dr Yin said that doctors every day made risk assessments and noticed symptoms that signalled that the person in front of them was going to be really unwell and immediate action was needed.

“And all the data in front of us about this patient, which is the planet, is very clear that it’s not particularly well and we really need to be acting,” he said.

“In parts of western Sydney, there are temperatures exceeding 50˚C and people have to understand there are consequences when average temperatures are exceeded by several degrees. We don’t know whether it will even be possible to live in the north of our state.

“Climate change isn’t going to be a little inconvenience.” 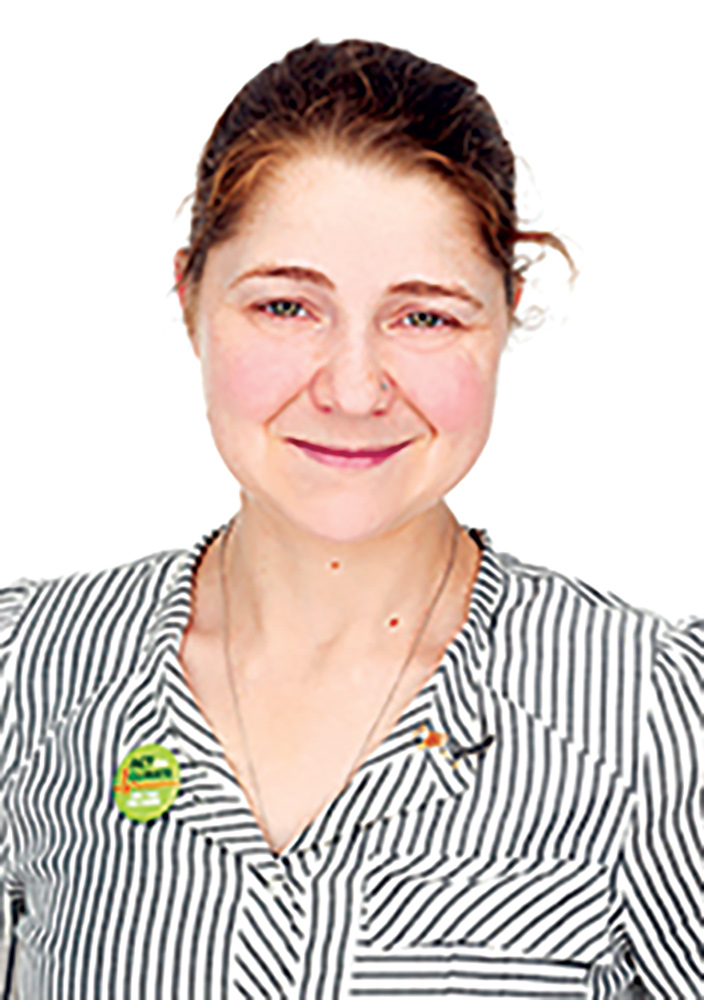 “The position of medical doctor comes with a lot of privileges, but it also comes with a responsibility to act with integrity and honesty to do what we can in and around justice issues, and climate action is a justice issue,” she said.

“We’ve had to face COVID and, depending on how you look at it, there is the question of whether it’s associated with the encroachment of human activity. But one thing it has definitely spoken to is the way the community trusts the medical voice, and that voice keeps people safe.”

Dr Crisp said most Australians wanted climate action, but it was often framed as an environmental issue.

“It’s actually a health issue, and it’s a security threat and an economic threat, and that’s why doctors have a very important role.”

Some activist doctors are going the extra mile, like Perth cardiologist Dr Kushwin Rajamani who is personally funding attempts to prevent deforestation in Sumatra.

He has pledged to match any donations, up to $500,000, to the Orangutan Project founded by Leif Cocks, which is seeking to lease 100,000ha of Aceh’s ancient Leuser ecosystem, the last place where critically endangered orangutans, elephants, rhinos and tigers coexist in the wild. 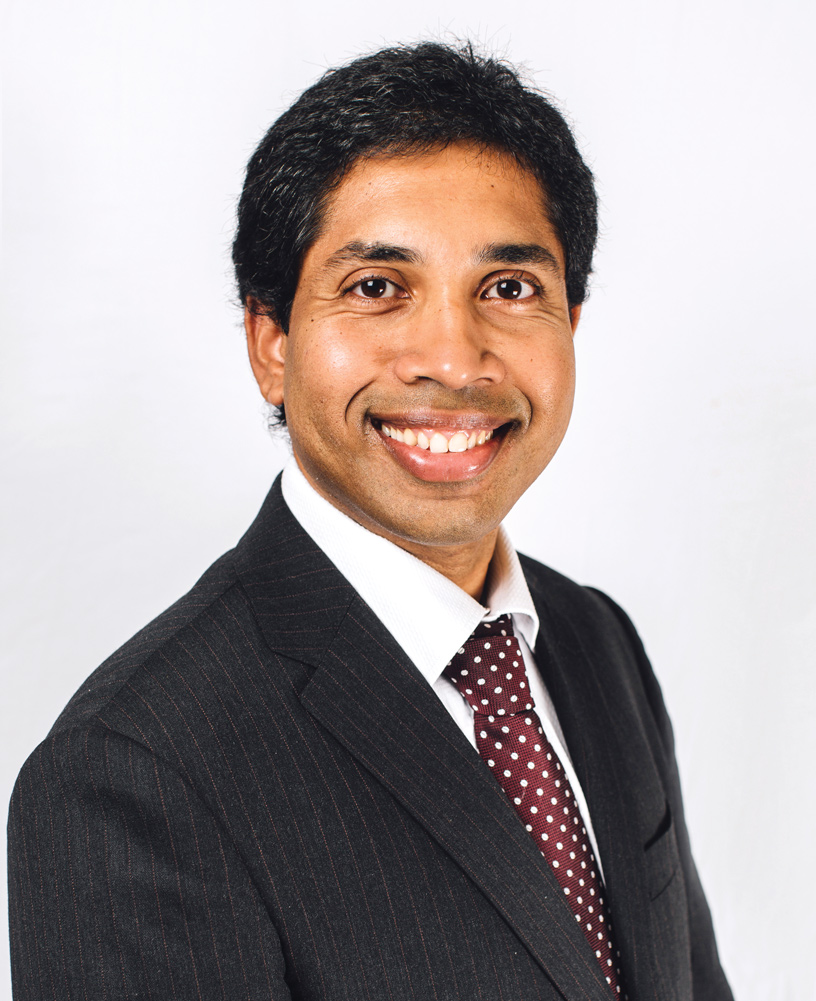 “It comes down to values and purpose and for me, as a father of young children, the role of citizens as guardians of the planet and future generations, rather than a parasitic relationship where it’s just ‘take, take’ by individuals and vested interests,” he said.

“Doctors are generally more financially privileged and can spend on these critical issues and become role models for the community.

“I’m from Sri Lanka and my background is by no means affluent. My father can only read numbers and my mother only went to primary school, so I grew up watching the struggles of my parents.

“But thankfully I had the opportunities to progress and be successful, so I’m paying it back.”

ED: For more details of the Orangutan Project – and have any donation matched – go to www.orangutan.org.au/aceh