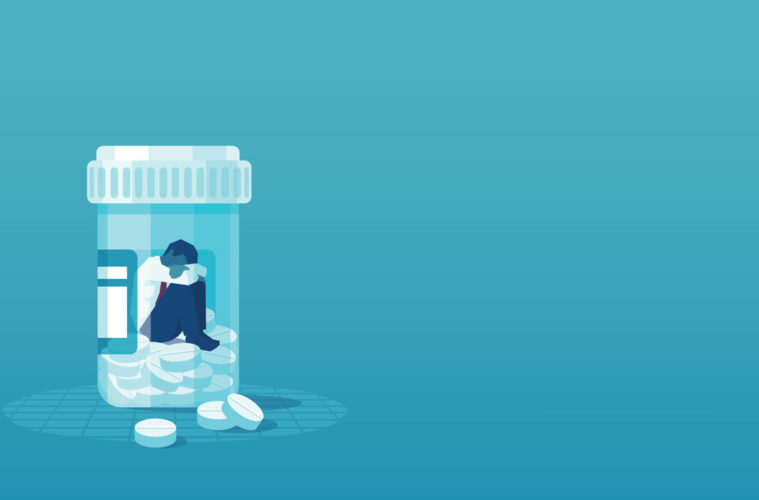 They’re not who you think 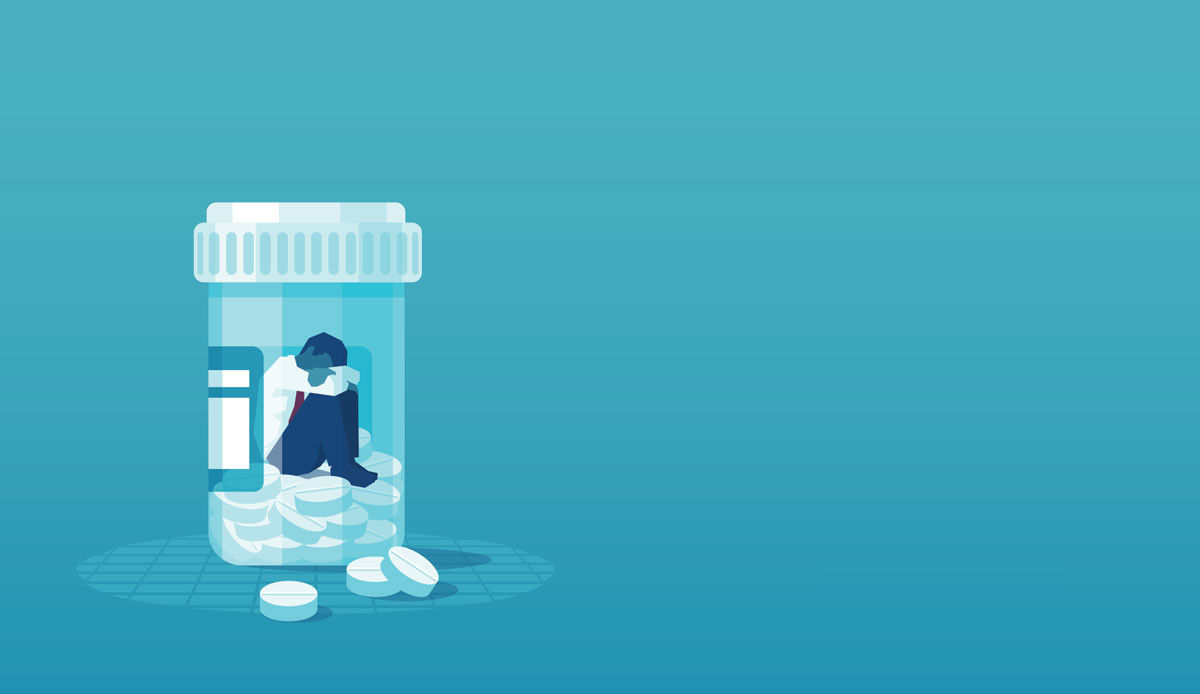 Addiction specialist Dr Richard O’Regan talks about addiction medicine and how the people who seek out his help aren’t always who we expect.

Ten people are waiting in your reception area. Which of them has an addiction problem? You immediately pick the rough-looking guy on the end and the teen with too much black eyeliner.

Actually, it’s the guy with the fresh haircut and recently dry-cleaned suit.

Dr Richard O’Regan might chide you gently for making the stereotypical choice and jumping to conclusions, but the truth is 98% of people accessing Next Step Drug and Alcohol Services are most likely to be just like that clean-cut guy. In most cases, a set of life circumstances have caused them to find relief in alcohol or drugs, which has subsequently hurtled out of control. 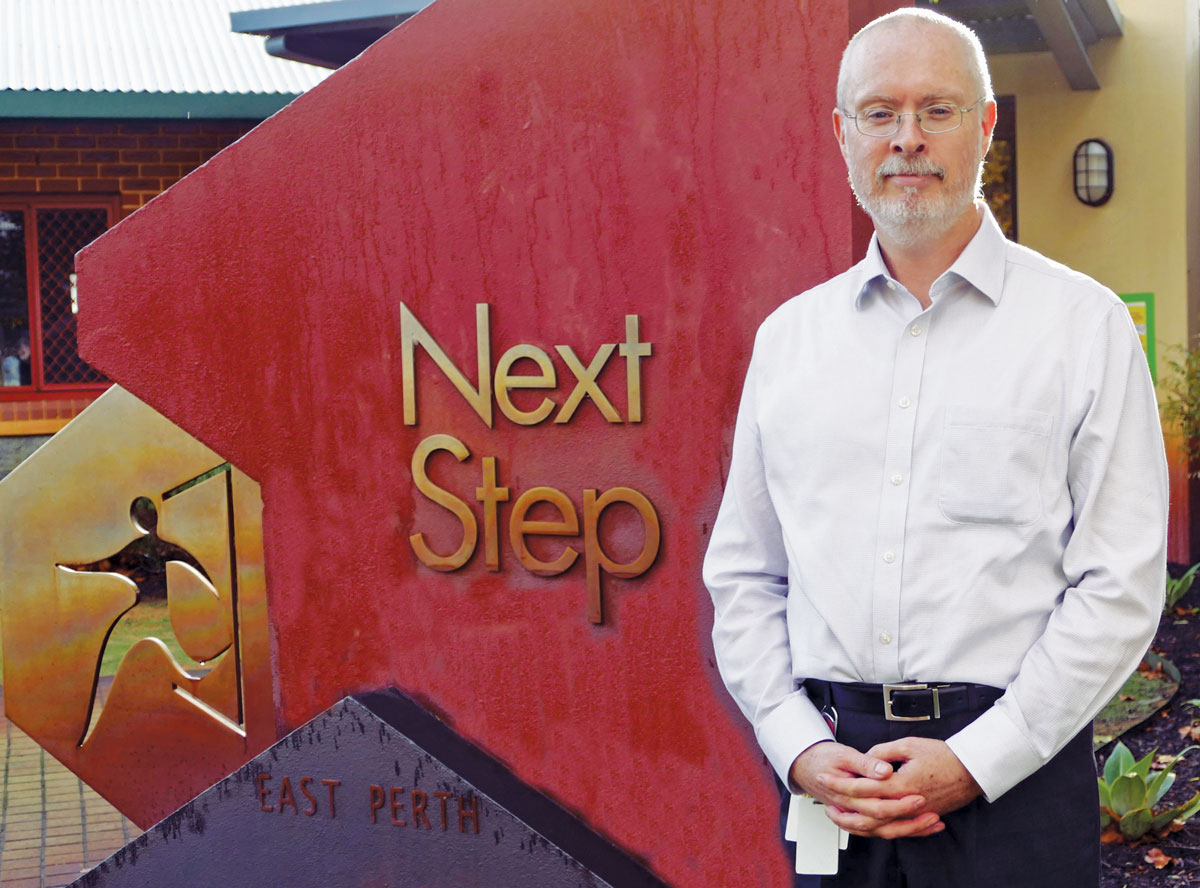 Dr Richard O’Regan at Next Step Drug and Alcohol Services

“A lot of people think that addiction medicine is dealing with stereotypical rough types who talk badly and do drugs like meth,” says Richard, Next Step’s Director of Clinical Services. “It’s not true and it’s something a lot of people miss. There are a lot of smart people with substance abuse problems who are at the other end of the scale.

“To me it’s something of a privilege to be the person who can be nice to them and give them hope. It’s about showing them even a glimmer of hope and not judging them, or rather judging them positively so they feel that life is not quite as difficult. I want to make them feel a sense of moving towards their goals in life.

“How do you talk about these things if you don’t know how, or have a lot of shame and stigma around it? The stigma of addiction or violence through addiction is a big deal for people with these issues. It’s good to raise that awareness. It’s to that end that I want to continue to raise the profile of Next Step and the profile of addiction medicine as a specialty amongst other clinicians and to make it more normalised for the public.”

Taking the Next Step

Formerly the Alcohol and Drug Authority, Next Step provides a range of treatment services and family support for people experiencing drug and alcohol problems. This includes services in nine metro clinics, outpatient and medical support for young people and The Community Pharmacotherapy Program (CPP) which provides support, information, advice, training and resources for clients, pharmacists and medical practitioners involved in methadone and buprenorphine treatment for opioid dependence.

A GP by training for nigh on three decades, Richard has worked in the area of addiction off and on for most of it. While training for his college fellowship, he worked at the Alcohol and Drug Authority and had his first exposure to the field.

He says moving into it as a specialty wasn’t a conscious decision, in fact, when he began it was still largely unrecognised as a specialist field. What a difference a few decades can make.

“While I was training in a hospital, I realised that being a GP was the place to go for me. I really didn’t have an interest in pursuing a specialty like surgery,” he says. “I thought about being a psychiatrist but really being a GP interested me because you could be a bit of a jack of all trades. I liked the idea of being versatile and being in control and doing what you felt was required.

“As I worked in the field, I became more and more interested in addiction medicine. It really piqued my interest. Addiction medicine wasn’t a specialty in the late-90s and the Chapter of Addiction Medicine (AChAM) was formed in 2001 as a subdivision of the Royal Australasian College of Physicians.

“There wasn’t a moment that made me decide to specialise, it was an accumulation of experiences and opportunities. It was a relatively new frontier and there wasn’t as much background knowledge and research as there is now. People were learning things and developments were being made, which was exciting.”

Trained in Perth, Richard left the state in 2008, spending time in Queensland and Tasmania, working both as a GP and in addiction. When he returned in 2011, his work in addiction medicine became his full-time focus.

“I don’t think addiction medicine was taken particularly seriously in the early days,” he recalls. “Now it is.”

For the last two years Richard also worked with the team in the Department of Chronic Pain at Sir Charles Gairdner Hospital. He says connecting addiction medicine and the treatment of chronic pain was long overdue and has now become much more highly valued.

With the COVID-19 restrictions loosening, Richard found it telling that the images that flooded social media and the news media were of people toasting being able to have a beer at the pub. That having a pint was a predominant marker of society getting back to normal.

If this is how we mark it, then Richard suggests that perhaps we need to ask some deeper cultural questions. He’s not a teetotaller himself and far from a wowser about alcohol. His patients have often asked him that question. His answer is that he understands that there’s a time to have a drink.

“I think we’re approaching a time when we will have to acknowledge there may not be a completely safe level of alcohol consumption, as we have been saying in regards to smoking tobacco for years. It’s becoming more apparent that it’s toxic for the body.

“The thing about risk is that chance plays a part – you could drink two glasses of beer regularly and never have a problem or you could have a single big night out drinking, get into a fight and end up with a brain injury, or worse.”

It’s perhaps his extensive work in counselling and working with people addicted to drugs and alcohol which makes Richard affable and easy to chat to.

“The approach that I have is that I want to help this person. I’m aware that most of what needs to be done, needs to be done by the person. My job is to help and guide them to the opportunities available to help make a difference.

“I understand that people have difficulties with their relationships or their job so it’s about providing them with help, support and guidance. I can’t stop someone from using if they are in a share house with other people who do drugs. I can’t compete with that. But helping them create more positive opportunities requires patience, while knowing they have to make the change.

“Equally, I can also be the sort of person that they want to continue having a conversation with.”

Those conversations can be on all manner of topics and don’t always focus directly on addiction. They can range from politics to favourite books. Richard is a sci-fi buff and loves anything Marvel, citing them as a great escape. It’s a passion he doesn’t mind talking about with his patients as it can uncover common ground.

“The most important part is being able to engage with the person you’re working with. In addiction a lot of the time it’s about sticking to the plan and to keep coming back. There’s no magical treatment. Like large parts of medicine, it comes back to lifestyle and a person has to do that themselves.”

To keep his own balance, especially after hearing some of the more harrowing and distressing stories, he must make his own good choices. At the end of each working day, these choices are walking the dog, chatting to his wife and enjoying a book.

“You peel yourself away from the day and know that what you did was the limit of what you can do. You also have to choose not to be consumed by it.

“I think there’s something about my personality – and the personalities of people who do this – which means we cope with it, perhaps better than others.”

Being married for 28 years has also acted as an anchor for Richard. His wife Glynis Jones is the Associate University Librarian in Library Engagement and Experience at the University of Western Australia. His Westie terrier Casey and cat, Captain, also have a huge soothing influence. 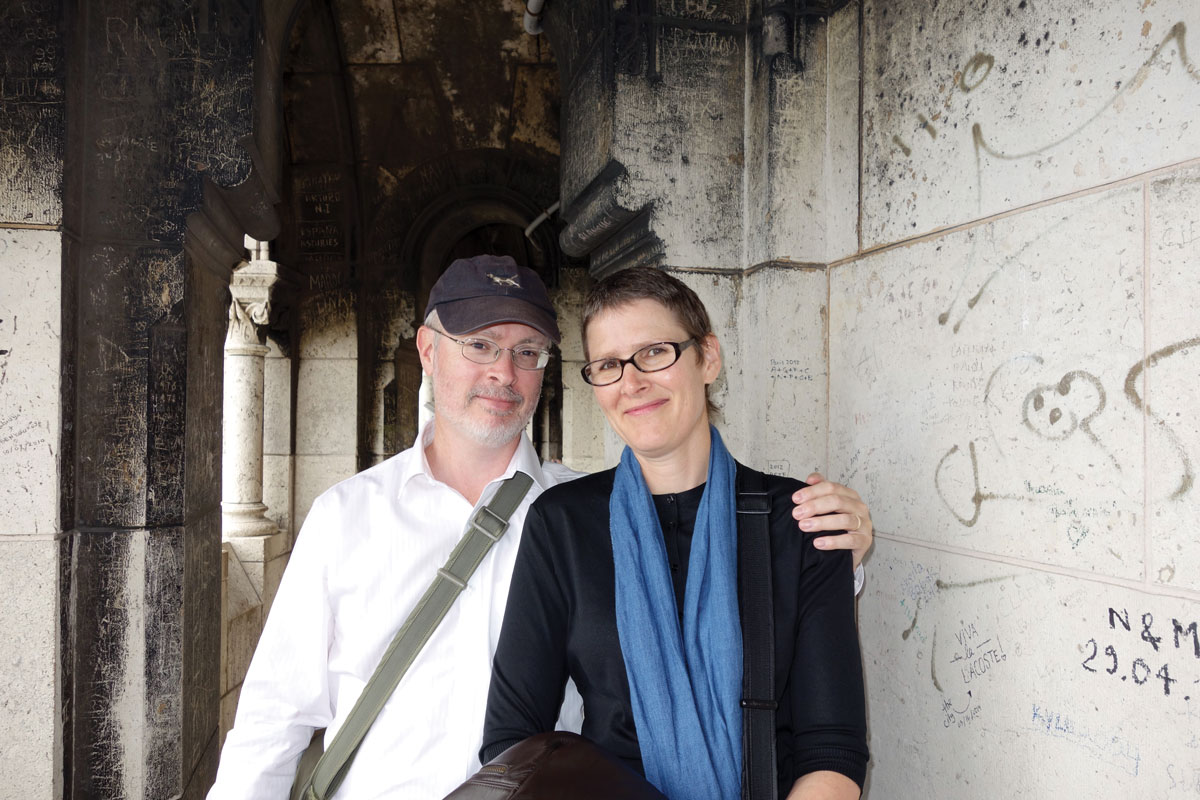 Richard and Glynis love movies and during the cinema closures they used their Saturday nights to work through the Wes Anderson catalogue, which includes such classics as The Royal Tenenbaums, The Life Aquatic with Steve Zissou, Isle of Dogs and The Grand Budapest Hotel.

In the past few years, Richard has moved from a largely clinical practice to management at Next Step as director. He’s found it an enormous change. Nightly debriefs on both sides with Glynis have been a huge help.

“We spend half an hour talking about what’s going on at work for us both and without a doubt it has made a difference. Like medical colleagues might do, this is a collegial debrief. Sometimes there’s a bit of black humour involved, but that’s pretty normal in medicine generally.”

A hobby woodworker at one time, Richard likes getting crafty and nutting out problems. At one point during his career he had six months off and decided to prove that cats can be trained. He triumphantly taught Captain to fetch and shake hands. 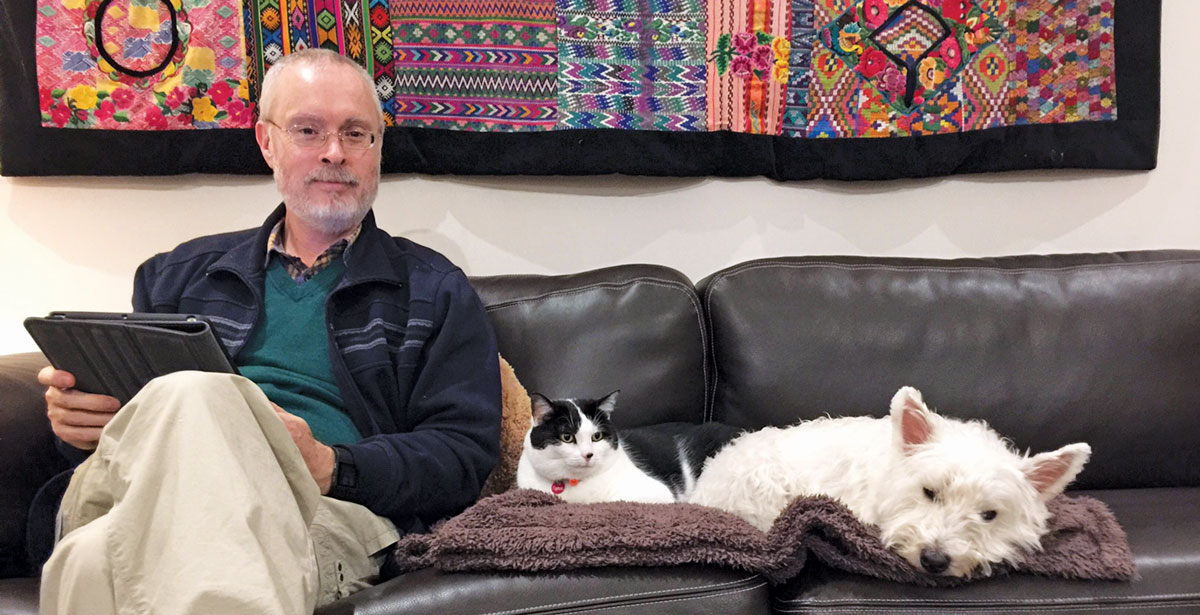