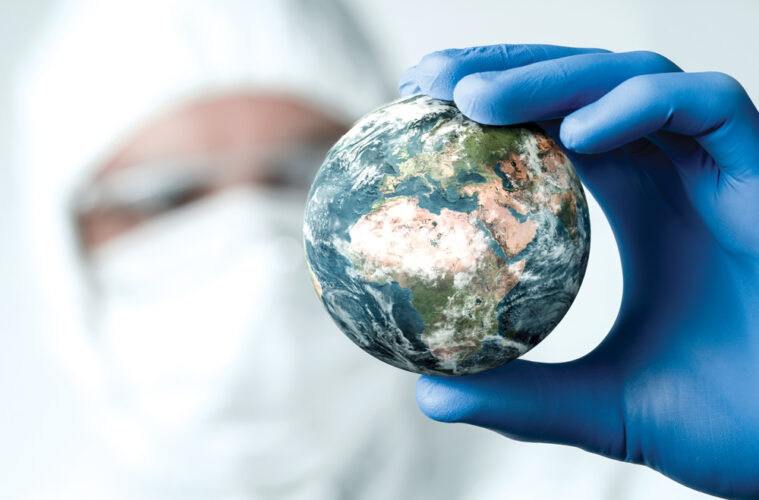 There are lessons to be learnt from the pandemic, including how we should never be complacent about the potential for viruses to cause mayhem.

COVID has been the most significant health event this century and the way the virus has evolved has not only changed the narrative of disease prevention, but also the way that society views the risks posed by deadly pathogens with epidemic potential.

And with the increasing emergence of a wide range of respiratory viruses, not to mention other diseases such as monkeypox and Japanese encephalitis, what lessons have we learned from COVID and how can Australia better prepare for the next global outbreak? 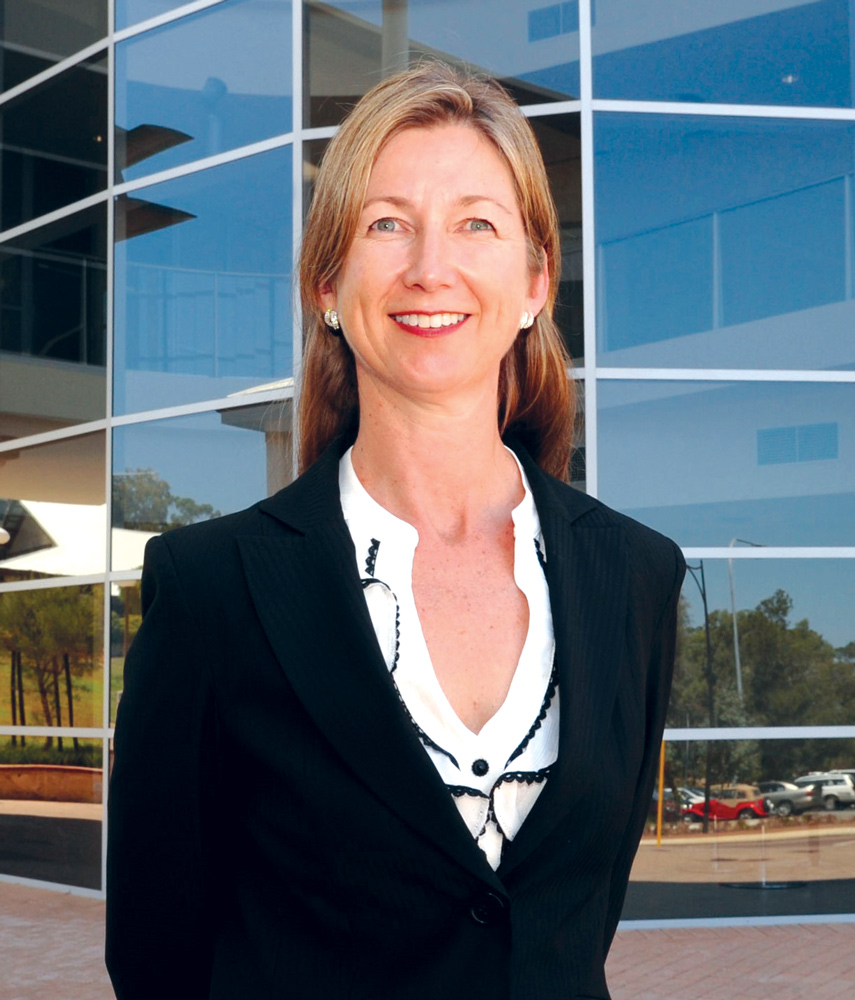 Dr Armstrong’s unit had oversight of the initial emergency response strategy here in WA – the Respiratory Infectious Diseases Emergency Response Plan, which was being finalised as COVID arrived.

“It was an emergency response plan for respiratory infectious diseases because that’s where we believed the biggest risk was, and rather than focusing on influenza, as most pandemic planning has, we focused on what was called ‘pathogen X’, which was loosely based on a SARS-type coronavirus,” Dr Armstrong said.

“Of course, the response became much, much bigger, as pandemics and their responses do. But in the initial phase, it was the public health side of the response that stood up pretty much immediately and the flag went up, this was a threat to the world.”

Professor Berry said that at the start of the outbreak, the barrage of public messaging and press conferences were an effective way to stay updated.

“We learnt new battle cries: ‘crush the virus’ and ‘flatten the curve’, but forced snap lockdowns and changing rules had some negative impacts on compliance and at times throughout the pandemic, government and medical officers were sending opposing messages, which led to confusion,” she said.

“As a professor in viral immunology, I was frustrated by the constantly changing rules, especially the social distancing measures. Viruses simply don’t obey rules – they change them – and moving goal posts from 2.5m back to 2m, or 1m distances only accommodated probability.”

Dr Armstrong explained that even though clear communication to the public was one of the most important aspects of the response, it was “very, very difficult” to manage in such a swiftly evolving situation.

“It’s inevitable that there were mixed messages: the information was coming in at such a rapid rate that there was a necessity to change our messages, and responsibility for that communication was widespread among governments, public health experts, media, other commentators and industry as well,” Dr Armstrong said.

“The border closures, for example, weren’t really anticipated, in fact, they were not included in the national pandemic influenza pandemic response plan. They were a decision made by government and came out of quite alarming information emerging from countries affected by those very early phases of COVID.”

He also believed that Australia’s success in delaying the arrival of the pandemic, combined with high levels of vaccination and low mortality rates, may have reduced people’s perceptions of the danger posed by the disease.

“The outcome that we were all looking towards, which was lowering mortality and severe illness, actually came true,” Dr Armstrong said. “But that gave people a distorted view of COVID.

“The really important point was that COVID is, for most people, a mild disease but in a small population it is very severe, and when that disease is ripping through the entire population, that small percentage ends up being a large number.

“Many people didn’t realise that.”

Professor Berry said that although society had somewhat succeeded in raising the awareness of viruses to the public, we could also do more, especially in addressing complacency and COVID fatigue.

“We are becoming more impatient in living with COVID,” she said. “Once borders opened and restrictions eased, many chose to ignore caution and hurriedly booked flights to travel overseas despite the virus (Omicron subvariants BA.4 and BA.5) being prevalent in crowded airports and train stations, waiting to co-board with passengers.

“We need to remember that these new subvariants can still infect us even after full vaccination regimes.”

And as pandemic fatigue set in, misinformation also took its toll on compliance, though Dr Armstrong said he did not think that anyone was surprised by its emergence, particularly enabled by the ubiquity and ease of social media.

“There’s always going to be naysayers and conspiracy theorists, and other people are very hesitant about accepting what government says. Everybody has a different understanding of risk and how that fits their perception of their own individual circumstances,” Dr Armstrong explained.

“You know that a small proportion of population is not going to be on board, but the vast majority are, and that’s the way we always manage these things.

“And that’s the same in the vaccine hesitancy space – we know that only 1-2% of the population will refuse to get vaccinations for themselves or their children, but 98% will.”

Professor Berry agreed vaccine hesitancy has been fuelled in part by ignorance and misinformation leading to mistrust, especially disseminated via social media.

As the COVID-19 pandemic was evolving, it was difficult to predict the end game.

She believed that a direct way to combat these myths was to provide prompt and accurate evidence-based factchecks, echoed on social media platforms to reach the same audience.

“We could also teach children at primary school about viruses and infection control to raise awareness at an earlier age and build a stronger culture in the value of studying STEM,” Professor Berry said.

“Australia could be better prepared by placing more emphasis on higher education to train the next generation of virus hunters, vaccine designers, health-care workers and associated infection control personnel. These specialists can then collectively inform government policy, liaise with medical advisers, and develop in-house therapeutics and diagnostics.”

She highlighted that even though the exact occurrence of another pandemic was unpredictable, epidemiologists believed that a zoonotic disease might emerge in our lifetime, with about 75% of new infectious diseases of zoonotic origin.

The most likely pandemic agent would be a respiratory RNA virus with animal origin and airborne transmission.

“Disease X will probably have various animal reservoirs, a long incubation period where infectious people are asymptomatic and a range of vectors (insects, ticks, mites) for transmission,” she said.

“Many zoonotic diseases have origins in bats and non-human primate species that can easily use mammalian receptors to infect our cells, but avian influenza viruses are also common in aquatic birds and farmed poultry.

“And alarmingly, numerous avian influenza viruses of low pathogenicity in poultry are only a few amino acid mutations away from becoming highly pathogenic and transmissible from human to human.

“Right now, we are seeing increased cases of monkeypox outside of Central and Western Africa. Viruses are rebels and break the rules and once a virus has found a new niche in humans and can adapt with ease of human-to human transmission, the race is on.”

Dr Armstrong and Professor Berry said that the three elements needed for a pandemic were low levels of population immunity, a high level of contagiousness (Ro number), and the pathogen’s potential to cause severe disease, which was why the biggest threat came from infectious respiratory diseases. “What’s in our favour is a much greater ability to detect them and to develop vaccines, as we’ve done for COVID-19, and to analyse them from a laboratory point of view in order to develop treatments and help people who are sick,” Dr Armstrong said.

Professor Berry said that the genetic breakthroughs in vaccine development, from conducting pre-clinical and clinical trials, had resulted in many new vaccine designs being licensed.

“One strategy to combat new viruses is to predict those with pandemic potential and create designer vaccines to have on the shelf in case of an emergency. For influenza, we can create multivalent vaccines of avian origin using our knowledge of the virus structure and assembly,” she said.

“The efficacy of traditional inactivated virus vaccines can also be enhanced with new adjuvants and alongside vaccines, research into new antivirals and immune-therapeutics is also underway.”

Antivirals prevent a virus from replicating in the body and keep the number of virus particles down, and even though several different antivirals are always in development, the pandemic caused an explosion of research and new products brought to release.

“The key information is knowing which viral targets induce protective B and T cell responses. Clever viruses have evolved to evade these protective immune responses, so knowledge of evasion tactics is also critical,” Professor Berry said.

“Novel antivirals are found by understanding the replication cycles of viruses and their target sites of infection in the body, and knowledge of neutralising antibodies in convalescent sera has shed light on their specificity, which gets better at binding to the virus over time.

“Synthesising such high-avidity antibodies can be used as immunoprophylaxis for those at high risk to provide immediate protection.”

Dr Armstrong also pointed out the role played by whole genome sequencing, which although an existing technology, came to the fore with COVID thanks to its ability to detect variants of concern and identify sources of infection during outbreak investigations.

“Genomic sequencing has been accelerating over the past few years and more and more applications have been found for it. But in this circumstance, it really did play a strong role in us understanding the pandemic because each of those variants behaves in a different way around severity, immune escape and transmissibility,” Dr Armstrong said.

“If this happened 20 or 30 years ago, you could say potentially that this person had a pandemic virus, but you wouldn’t know which type it was.”

The good news, Dr Armstrong said, is that the natural history of pandemics shows that after some time, perhaps a small number of years, the waves of infection will lower and, thanks to vaccination, herd immunity should help keep new variants at bay.

The bad news however, according to Professor Berry, is that other viruses are unlikely to politely take turns to cause a pandemic.

“Should we be afraid?” Professor Berry asked. “Not necessarily but we should be alert and respect these viruses. We need to put into action our risk mitigation plans and curb our destructive behaviours.

“Pre-pandemic strategic mindsets are better than waiting to be reactive in a state of emergency, yet as we watch global leaders on television shaking hands, we have almost forgotten the past greetings with elbow bumps.”