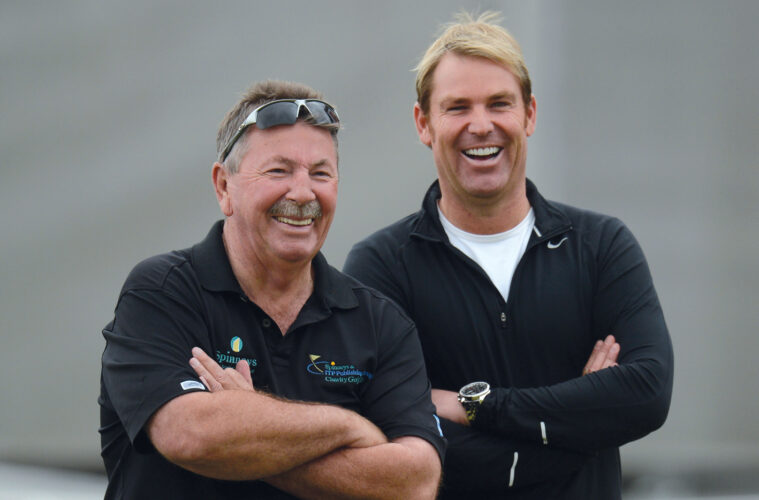 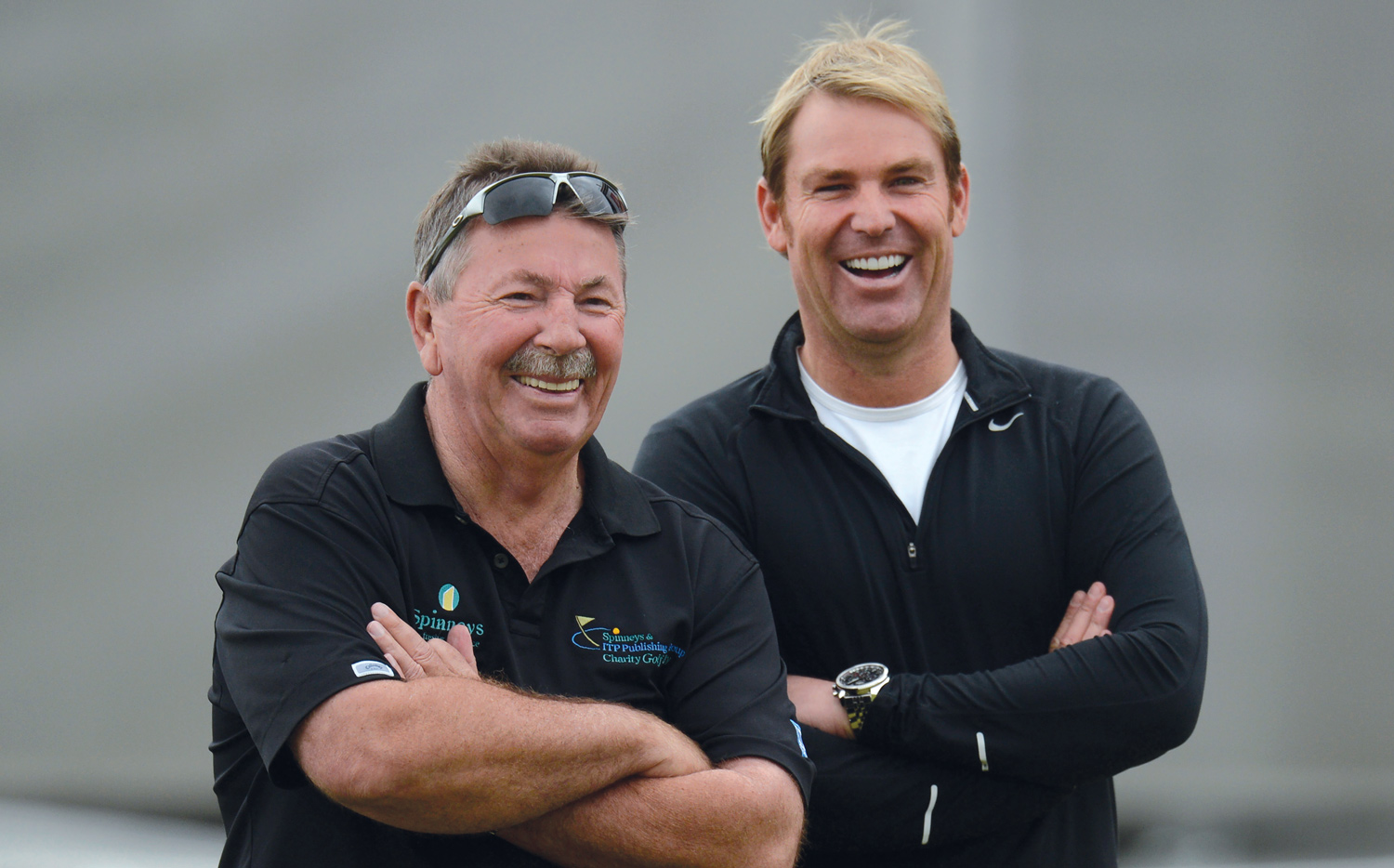 The ‘Warnie effect’ has raised awareness of heart disease risks in middle-aged men and sent many off to their GP.

The sudden death of Shane Warne, the King of Spin, from a massive heart attack on March 4 this year sparked a global outpouring of sorrow, with tributes flowing in from celebrities as diverse as UK singer Elton John to former NBA star Michael Jordan.

That same day, just hours earlier, another Australian cricketing legend, Rod Marsh, was also struck down, succumbing to the impact of heart failure suffered the week before. It seems poignantly ironic that Warne’s last social media post had been to reach out with a tribute of his own.

“Sad to hear the news that Rod Marsh has passed. He was a legend of our great game & an inspiration to so many young boys & girls. Rod cared deeply about cricket & gave so much-especially to Australia & England players. Sending lots & lots of love to Ros & the family. RIP mate.”

While Australia mourned both men, grief was especially keen for Warne, who was only 52 when he died while holidaying with friends on Koh Samui in Thailand.

His state funeral, held at the MCG on March 30, was a momentous affair, with over 50,000 fans in attendance, joined by a ‘who’s who’ of distinguished guests including the current and two former prime ministers, Anthony Albanese, Scott Morrison and John Howard.

Yet, to quote the Dalai Lama, ‘Tragedy should be utilised as a source of strength’, and as a silver lining for the nation’s health, their deaths have inspired thousands of Australian men to check up on the health of their hearts – a trend which has been dubbed the ‘Warnie effect.’

Natalie Raffoul, the foundation’s health care programs manager, said that during the period following Warne and Marsh’s deaths, traffic to its website doubled, and in March, more than 12,000 Australians booked a Medicare-funded heart health check with their local GP – a 70% increase on February.

“We were anecdotally hearing from GPs and nurses that more people were booking a heart health check, and now the actual data has come through from the MBS which shows the highest ever recorded number of monthly heart checks billed,” she said.

“It’s great to see that Australians have used this as a wake-up call to get back on track with their preventative health.”

In many respects, Warne and Marsh were the opposite of everything international athletes are meant to be, partying just as hard as they played – neither looked that fit and one was a heavy smoker while the other was always known to have a beer in hand. Rodney ‘Bacchus’ Marsh was just as famous for his legendary drinking competitions as being one of the best wicket keepers in the world, such as the herculean effort of drinking 45 cans of beer during a flight home from the UK. Warne always lit up a cigarette before going on the field.

Their passing has left many men looking at their own lifestyle choices and wondering if they too might be at risk.

Cardiologist Dr Stephen Gordon said that his initial reaction to the cricketers’ deaths was a sense of tragedy that they had both died prematurely, “when they still had much to offer their professional lives, their families and their sport.”

“The ‘Warnie effect’ has been a wake-up call, a strong reminder that death from heart disease is not exclusive to the elderly but carries significant risk in middle age and sometimes even younger patients – it is not a rare condition in middle age,” he said.

“It involves a recognition that coronary artery disease is the single commonest cause of death in Australia, and that modern lifestyles may be significantly contributing to that risk.” Professor Bu Yeap, an endocrinologist at Fiona Stanley Hospital and president of the Endocrine Society of Australia, said that the lessons Australian men could take from their deaths were the importance of healthy living and prevention.

“Every man should be living as healthily as possible to protect their future,” Professor Yeap said.

“It just goes to show that once you get to middle age, you are vulnerable, and that may be the case even if you’ve been very fit and healthy beforehand. But if you look at the statistics, as a nation, we are still becoming more overweight and that’s not a good sign.”

Like many men his age, Warne was regularly engaged in a battle with the bulge, and just a few days before he died, shared an old picture of himself at peak fitness, posting that he wanted to get back into shape by the end of July – something he called ‘Operation Shred’.

He’d already managed to drop 14kg but wanted to lose four more to get down to his ideal weight of 80kg, something he’d almost managed to achieve while dating British actress Elizabeth Hurley back in 2011.

“Similarly, prevention of cardiovascular disease will generally not come from pursuit of a single health lifestyle factor, but rather the combination of multiple lifestyle factors and treated risk factors,” Dr Gordon said.

“The major issues are determining an individual’s risk of having a cardiac event and then effectively pursuing the lifestyle and treatment of risk factors that may significantly reduce that risk.”

Professor Yeap said that when he talks to people, he uses the same message no matter if the person is overweight, or has diabetes, or cardiovascular risk factors.

“It’s a very common-sense message – don’t smoke is number one, followed by healthy eating, avoiding energy dense and heavily processed foods, and eating as much fresh greens as you can and keeping as active as possible.”

Smoking was Warne’s Achilles’ heel, with him smoking up to 50 a day throughout his 22-year sporting career, and he was regularly pictured lighting up – famously photographed smoking next to Adam Gilchrist at the Ashes in 1997 at the height of his career.

He was such a heavy smoker that even the offer of $200,000, made in 1999 by the nicotine replacement company Nicorette, was not enough to entice him to quit, with Warne caught smoking in a Barbados bar just before the sponsorship ended.

The Heart Foundation states that sudden cardiac arrest costs the Australian economy nearly $2 billion annually and is priceless in terms of the cost in grief and in some cases, where there are no warning signs, shock as people suddenly and tragically die in front of their loved ones.

“The whole thing about latent heart disease is presenting as, or being, asymptomatic, then your first symptom is a major cardiac event. And that is occurring more and more. The tricky thing is what to do about it,” Professor Yeap said.

“If these high-profile deaths are a wakeup call, if it engages men, if it gets them interested, then yes, that’s an opportunity that we [as doctors] can do something about on an individual scale.

“And it comes down to a question of how beneficial is screening low-risk people because of the cost and the potential side effects?

“You want to identify men at ‘intermediate risk’, where stratifying that risk more closely would actually change your management above and beyond optimising their lifestyle.”

Dr Gordon advised that online and desktop risk calculators can estimate the risk of a cardiovascular event once data on lifestyle and risk factors including diabetes, smoking status, dyslipidaemia and blood pressure have been attained.

“Further refinement of risk may be obtained by performance of a Coronary Calcium Score obtained by CT scan,” he said, adding that recent NHF guidelines also suggest that the greatest additional value of calcium scoring is in patients who are estimated to be at intermediate risk.

“Such scores have become widely available but are not covered by Medicare, and while they have generally been endorsed by cardiologists, there are some caveats.

“Firstly, there is still some uncertainty as to how often a calcium score will significantly change a patient’s risk stratification obtained by risk calculator, and patients at high risk by calculators probably ought to be treated as high risk.

“Lower risk patients may benefit from calcium scoring, particularly where factors that may enhance their risk are not incorporated into current risk calculators.

“Furthermore, there are very few studies yet to indicate how much interventions based on calcium scoring actually reduce cardiac event risk, though there is little doubt that the demonstration of calcium in coronary arteries is a very potent motivating factor for patients to alter lifestyle, and if necessary, accept pharmacotherapy.”

However, Professor Yeap warned that men should not go to their GP and request a coronary calcium score.

“When men present to their GPs for consultation, that’s an opportunity for the GP to take a holistic assessment of their patients’ health than looking at cardiovascular risk in isolation.

By investigating someone’s physical activity, sleep habits and stress levels, and screening for things like depression and sleep apnoea, doctors could learn a lot about their health and risk status.