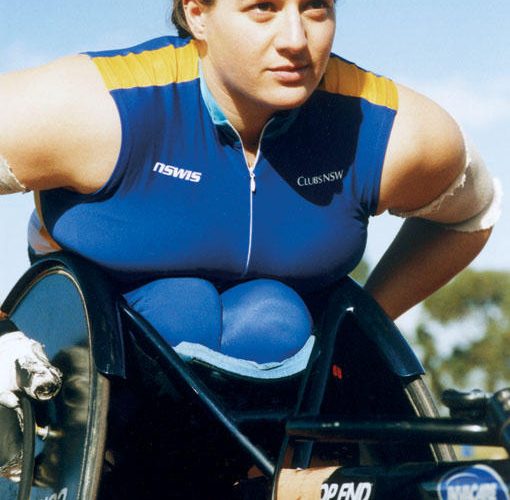 Against all odds – Louise Sauvage 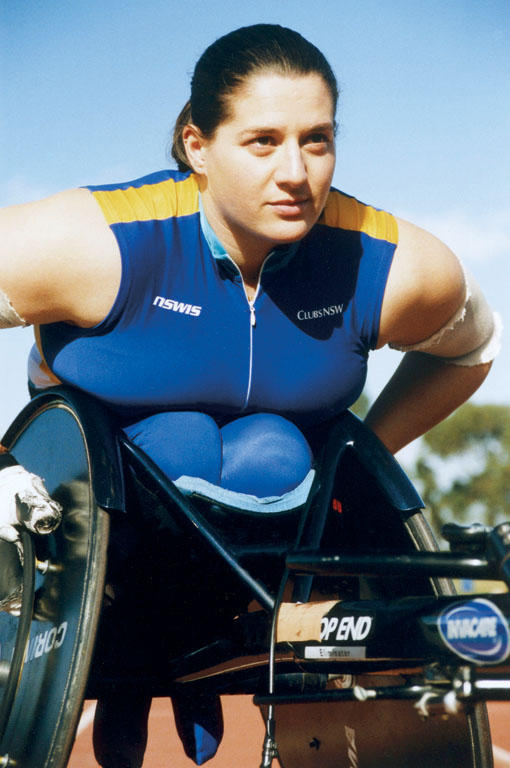 Louise Sauvage became well known with the Atlanta Olympics. But it has required hard work to achieve her current status.

Once a familiar figure pushing along our Swan River bridges and bike tracks, wheelchair track paralympic champion Louise Sauvage spent many Perth sunrises tackling the steep hills of Kings Park. But it was a long road before she could burn rubber at Perry Lakes Stadium. Born with myelodysplasia (MDS) an extremely rare bone marrow disorder that affects the production of any and in some cases all blood cells, Louise’s first race for life was perhaps her toughest.

With fewer than 100 new cases of MDS reported in United States children each year, Princess Margaret Hospital became Louise’s second home as she underwent a variety of corrective surgery to her lower leg, back and hip.

Swimming at age three to help boost her upper body strength, Louise was first introduced to wheelchair sport as a fearless eight year old. Since then she has never looked back achieving her sport’s highest honour-a gold medal at the Paralympics in Sydney 2000.

First moving to Sydney in 1997 before returning to Perth to train for the Atlanta Olympics, she has evolved into one of the nation’s most popular celebrity sportswomen. Blessed with a fierce determination and a wicked sense of humour, she has become a regular face of national sporting promotions, her name emblazoned over Sydney ferries and Telstra campaigns including the Queen’s baton relay for the upcoming 2006 Melbourne Commonwealth Games.

Recovering from a chronic neck and shoulder injury sustained from the years of repetitive technique that won her many international wheelchair road and track titles, Louise is undergoing specialised physio and gym work. But in typical fashion, she still manages to plays basketball 2-3 times per week and pushes her day chair while walking her dogs five days per week.

She also coaches part time at the NSW Institute of Sport, where she oversees a variety of elite national wheelchair athletes including Angie Ballard who will be a hot female competitor in the 800m track title at next year’s Commonwealth Games and international paralympics.

At her peak Louise was on the track or road six days per week but like many disabled athletes, lacked regular opportunities to race and train with top level competitors- a challenge that demands many resourceful training techniques.

“We often use someone on a bike to help pace our athletes and encourage them to chase down the back wheel. We use a board attached to the back of a bike to try and simulate drafting in a race situation. I’m hoping to ride the bike myself soon when I get a handcycle so I can train Angie with it.”

Regularly flying to new destinations at short notice can provide some interesting cultural dilemmas, especially when you’re travelling with a group of people with disabilities because there’s always the potential for something to happen.

Multi story hotels, brake failures and “getting legless when you really are legless” and returning somewhere strange in the middle of the night are always a potential source of frustration, but as Louise points out it’s the things that are lost in translation that can often be the most amusing.

“Disabled athletes are a relatively small community and we really try to help each other out.

We rely on each other to get around and sometimes I forget what another person’s disability is and what is prominent to someone else that isn’t to me. Like when I was leading a blind athlete around an airport. I was obviously at a totally different height to him and was just looking ahead and concentrating on what was incoming until I ran him into an overhanging pole.”

Sometimes the race organisers even get it wrong as Louise discovered in the early 90s when she travelled to the Netherlands to compete in the Blue Man marathon- a Tour de France equivalent for wheelchair athletes held over eight days.

“We’d work as a team and compete in different stages that would end in the surrounding towns at the end of the day. We’d be really tired and then have to sprint to the finish line bouncing our wheelchairs over cobblestone streets.”

When it comes to personal health Louise believes specialist opinions are vital for parents to determine the best options for family members with disabilities.

“Having accessible offices and practical examination rooms for disabled patients is obviously very important to us. I know my GP’s surgery perhaps wasn’t the best for me at first but she applied to council to get everything and she’s now got a disabled toilet and bigger rooms and she took steps towards achieving that.”

Helping to raise funds for athletes with disabilities around Australia, Louise recently joined the Aspire to be a Champion Foundation (Aspire.au.com) an organisation that offers grants of $2000 to talented disabled athletes and $5000 to disabled teams. The Foundation will be holding their inaugural fundraising dinner including a special testimonial for Louise during October 2005 at Star City in Sydney.

Louise Sauvage sets her sights on more international sporting titles this time as a coach.