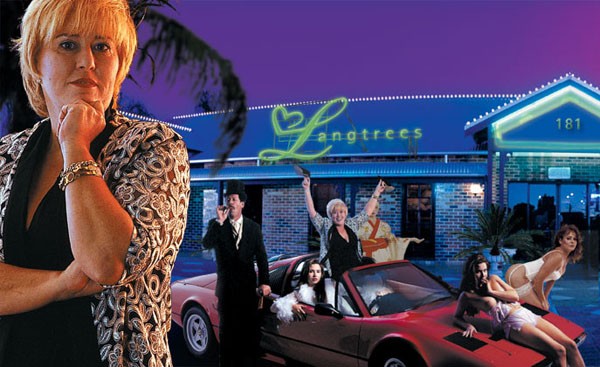 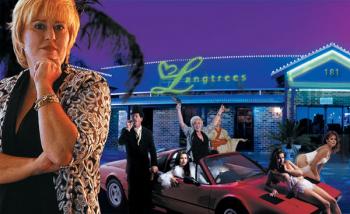 Adult industry entrepreneur Mary-Anne Kenworthy has 20 years under her belt in the adult sex industry. Originally from New Zealand, she started off as a sex worker but within three years, at the age of 31, started managing others. She is now Managing Director of Image International and operates three Langtrees businesses in Perth, Midland and Kalgoorlie with 120 sex workers on her books. She talked with Medical Forum about health within the industry, and other things.

Mary-Anne says the key to her success is mutual respect. “All of my employees hold fast to one principle: if they do not respect the client, they cannot respect themselves,” she said. “My company has continually set the standard in the industry and I always follow through with any complaints, to ensure the client is kept happy.”

She also prides herself on setting the standards regarding the health of her staff. Throughout the interview, she reels off some interesting figures. For starters, women are staying in the industry longer, with around 40% having worked at least 10 years. From her workforce, she only puts off around 10-20 each year. Many move to work interstate.

Around half have mental health issues, often with strong ups and downs that mean workers only keep to rosters 80% of the time. Around 40% of her women are into drugs, usually recreational drugs such as speed or marijuana. Heroine junkies (her words) only make up 10% of prostitutes overall – they don’t last long in her establishments. Many workers drink alcohol during work, partly to cope, and although they overdo it at times, Mary-Anne would class less than 10% as alcoholics.

She is genuinely concerned that her sex workers look after themselves. With 80% of services provided in-house, it is easier for her to keep an eye on things.

“My staff get regular exercise in their work and they are constantly encouraged to maintain a balanced diet – so they are in form.”

She believes health levels across the industry would improve if the government decriminalised the sex trade and registered owners (not workers). Recent attempts by Labor to introduce workers comp, maternity leave, holiday pay etc was going too far as her workers would effectively face a drop in income, forcing many to turn private.

“If the government decriminalised the sex industry, it would render a safer environment for employees and clients. Sex workers have been the best distributors of safe sex in the past 10 years, and by making the sex industry legal, better facilities and infrastructure would further aid this process.”

She pointed to the survey some years back that showed nurses and students were far more at risk of STIs than clients attending sex workers.

According to Mary-Anne, apart from the social stigma, sex workers still often misunderstand sexually transmitted infections (STIs). Better understanding is essential, especially for the relatively few Hep C and HIV positive workers who are allowed to continue to work, provided they do a short course on safe sex practices.

“A lot of working girls struggle to use condoms in private life because they don’t want their partners to know they are sex workers.”

She makes it compulsory for her workers to have a monthly medical check-up ?- plus HIV and hepatitis screening every three months. She encourages them to discuss matters with their GP, usually someone chosen because they are non-judgmental and separate to the GP they take the kids to.

One area GPs could make a real difference is in following through with the full course of hepatitis B vaccines, currently only completed 15% of the time by sex workers, by Mary-Anne’s estimate. [And in case you are wondering, she has never heard comment of sexual misconduct by a doctor with a sex worker.]

“As sex workers have very low STI rates due to safe sex methods, these check-ups enable my staff to access reliable sources of information. This helps them reject the constant disinformation, fear and exaggerated ideas about STIs which circulate. It also generates a sense of self-respect and honesty.”

Her token saying is “When in doubt, check it out”, and she maintains that STIs are not as daunting as people believe.

Sex workers make a point of discretely physically examining clients during the preamble shower or massage. Most guys appreciate a closer look by the worker if something suspicious is found.

Mary-Anne believes the sex education paramount for sex workers is also important for adolescents. A great deal more needs to be done in today’s high schools.

“Although education about sex in the primary school sector seems to be adequate, the government needs to increase sex education in high schools. Children are interested in sex education, but when teachers only talk about the negatives of sexual intercourse and show graphic photos of the ghastly effects of advanced STIs, it sends out a negative denotation on sexual intercourse.”

In contrast, Mary-Anne reflected on the excellent job nurses are doing in Kalgoorlie.

“These nurses do not judge, and give condoms – in an assortment of flavours, colours and textures – to adolescents as young as 14 in order to encourage safe sex practices.”

When it comes to addressing all forms of sexual activity in society – from schoolchildren through to sex workers – adopting a practical, non-judgmental, and realistic attitude seems the obviously sensible approach.