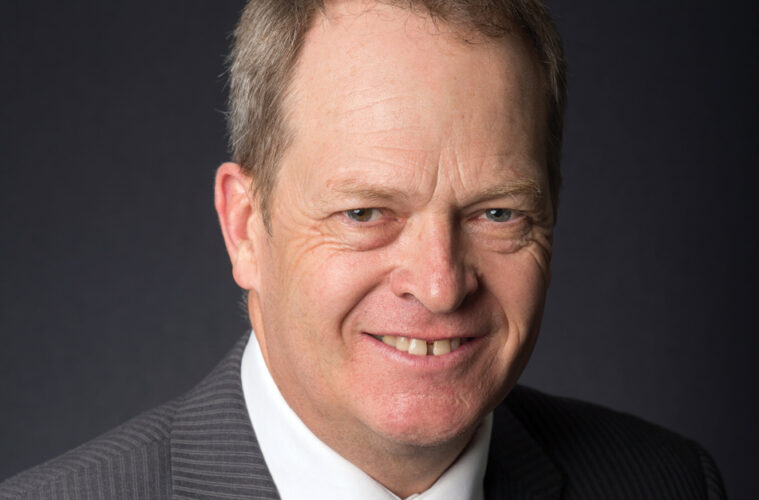 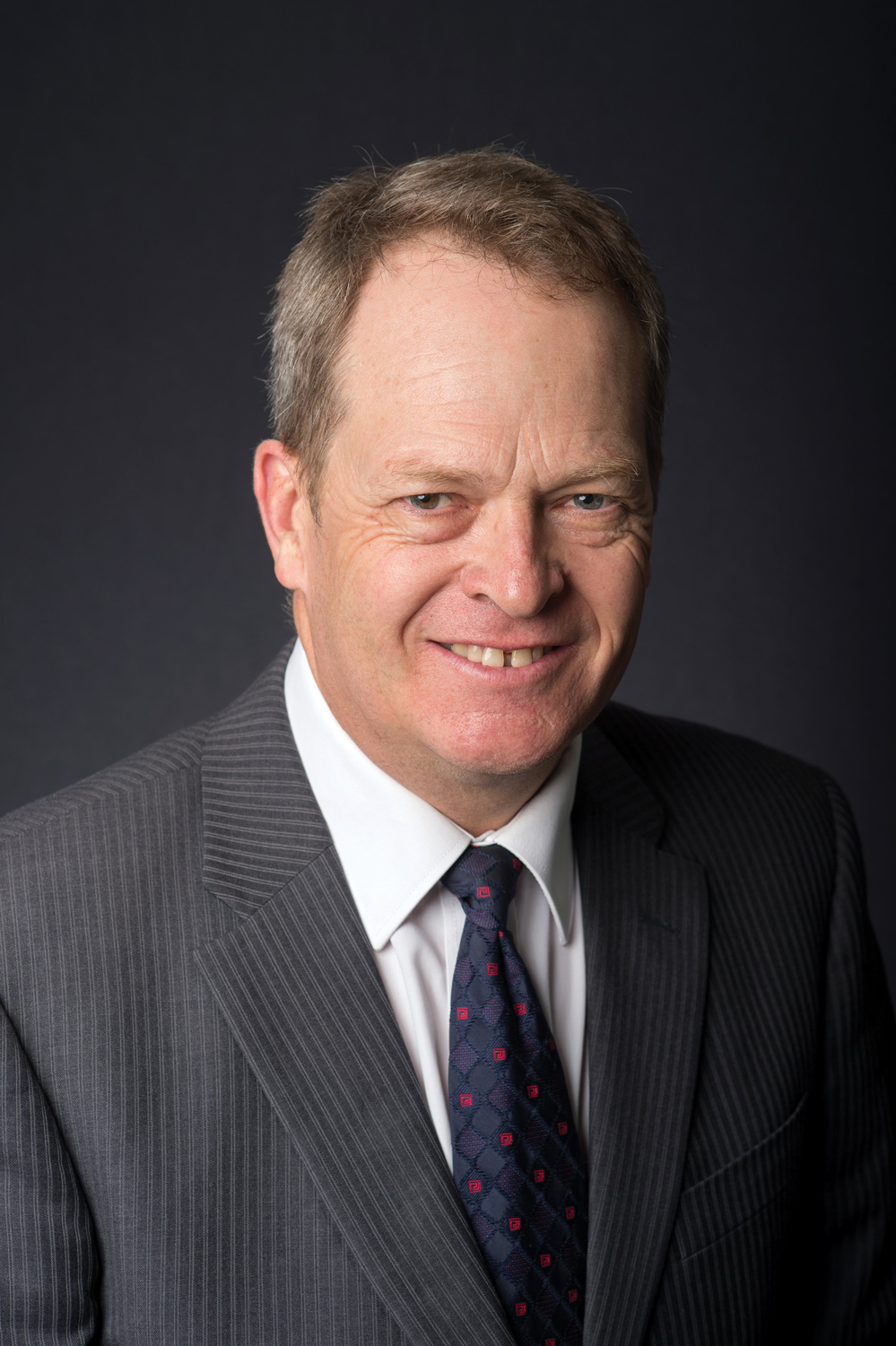 MF: You certainly picked a quiet time in the health system to take the reins at the AMA (WA)!  Is it a daunting time to be president and is Andrew Miller a hard act to follow?

MD: A week before I took over as president, I did say to Andrew that I expected him to have everything sorted in the last week.

Andrew has been tireless in his efforts to protect WA and our health workers from disaster. The Artania near-disaster was a succinct example of this. There were advanced plans by the State Government to offload COVID-19 positive patients to private hospitals including Hollywood, the Mount and Bethesda – all hospitals with no specific training or COVID-19 systems in place. This was occurring because the government did not want to use public hospital resources for overseas patients.

The situation was typical of the blame game and poor collaboration between the State and Federal Governments – and would have been an unmitigated disaster.

Andrew directly intervened resulting in the patients going to Joondalup Health Campus, a hospital which was trained with systems and protocols in place. To JHC’s credit, there was not a single transmission to a healthcare worker.

Andrew and the AMA (WA) were attacked by the government over this.

So yes, big shoes to fill and I have already estimated them to be size 20 gumboots. It is also very comforting to know Andrew is there as a resource for me and as the immediate past president. He has my back.

MF: COVID-19 is obviously right up there on the agenda at the moment and the AMA has been very vocal on the issue. There’s been a lot of setbacks with the vaccination roll-out. What’s your view on the way forward?

MD: The only way out of this pandemic and ongoing restrictions is vaccination. It is unfortunate that communications from the Federal Government and coordination with the State Government has been less than perfect.

The second half of 2021 will see a rapid increase in vaccination rates with the greater availability of the Pfizer vaccine. There are 40 million doses expected by October. Approximately 25% of West Australians have had their first dose, but only 6-7% are vaccinated with the second dose.

I have been pushing the message for those who have had the AstraZeneca vaccine and experienced no issues, that they should get the second dose at three months. The incidence of thrombotic disease is one-tenth of the first dose risk and there are currently no pathways to mix vaccines.

MF: Do you support the use of incentives to encourage people to be vaccinated? What about financial incentives?

MD: Marketing often refers to carrot or stick, or both as messaging. Guilt-type messaging will not be effective, and financial incentives are not likely to change vaccine behaviour.

A positive marketing campaign should be undertaken along the lines of protecting yourself, your loved ones and especially elderly relatives. The message should also be about getting through this together as a community. A COVID-19 passport for travel is also a positive incentive and will probably be part of our future. Hopefully, both levels of government are working on this already.

MF: Is it worth keeping our passports valid and on the kitchen bench or should we be putting them in the storage box at the back of the wardrobe?

MD: My passport expired in August last year and I have not renewed it as I don’t expect to use it for a while yet. On expiry, you have two years to renew without needing to go through the whole application process again. I suspect I will be renewing mid-next year to avoid that process, rather than international borders being opened.

MF: The issue running parallel to COVID in terms of importance has been the headlines of a health crisis, particularly in our hospitals. What are the big drivers of the overwhelmed system?

MD: The primary driver is chronic underfunding. The WA Health Budget has been inadequate for the past five years. The government’s focus on finance has led to a shift from patient care and outcomes to cost-cutting and the concept of doing more with less. Essentially, the last drop of blood has been squeezed out of the health system stone and now we are seeing the consequences of that, with reduced capacity, hospitals full and record ramping.

MF: What needs to be done short-term and longer-term to address the capacity of hospitals?

MD: It is multifactorial, but the most glaring statistic is that we are trying to deliver tertiary healthcare in WA with the least number of hospital beds per capita of any state or territory. We have 2.28 public (non-psychiatric hospital beds) beds per 1000 head of population. To get us to the national average, we would need 440 beds tomorrow.

In the short term, closed beds need to be opened. In the longer term, new beds and the staff and facilities around them need to be built.

A longer-term plan also needs to be developed with real implementable actions rather than a review that is at best a helicopter view, or possibly more close to a view from the international space station.

MF: Are you concerned about public loss of confidence in the public hospital system in the wake of the death of Aishwarya Aswath at PCH?

MD: This was an extremely unfortunate and tragic event, most importantly for Aishwarya’s family. I don’t think it was handled well at all by the Government.

The reporting of the two nurses and the doctor to AHPRA was unnecessary and very damaging to the morale of all healthcare professionals. The coroner could report them to AHPRA as part of a proper and more far-reaching investigation, and just because they were the last piece of Swiss cheese to line up does not mean they are to blame for all the other pieces of cheese lining up.

Leaking of the Severity Assessment Code 1 (SAC1) report to the media was counterproductive and has essentially broken the SAC1 system, which needs to be legally privileged to ensure unreserved participation and, therefore, improved safety and quality at the delivery level.

MF: You have already indicated that your views might be different to those of Andrew Miller’s, such as whether Roger Cook should have quit over Aishwarya’s death. Do you think the Minister has done a good job overall?

MD: No, I don’t think the Health Minister has done a good job overall, but I need to work with him to try and improve the health system. In my opinion, there is a lack of overall strategy and policy for healthcare delivery in WA and I have already identified the problems with chronic underfunding.

Morale is low with the use of five-year contracts as an IR tool, refusal to use ‘permanent’ contracts, and a fiscal/cost-cutting focus are eroding safety and quality of healthcare delivery.

MF: What do say about criticism that the AMA is a doctors’ union, so its primary interest is its members and not patients, as is often claimed?

MD: The AMA is the industrial instrument of doctors in WA. In the Industrial Relations Act 1979, it is not called a union, but it does have that function. I would estimate three quarters of our time at AMA (WA) Council is spent on public health advocacy and is one of the main reasons I was so interested to be involved in the organisation.

MF: You have been vice-president of the AMA (WA) for five years. Did you always aspire to serve as president one day?

MD: Five years as VP did not mean a ‘fait accompli’ that I would be president. This for me has been a journey of self-development and challenge. I have recently completed a postgraduate degree in corporate governance and management, without which I think I’d have struggled to have had the skills to take up the role.

MF: As a plastics surgeon, you have been critical in the past of the marketing by “cowboy” cosmetic surgeons, particularly on social media. What harm does this cause?

MD: A lot of it is about patient expectations and being realistic. Social media and Instagram can live in the superlative. What I mean by that is, the lips or buttock have to look the biggest for example and the more of a ‘superlative image’ they are, the more ‘likes’ they would have received. What the followers of some leaders in social media don’t realise is that it has taken a team of four people half a day to prepare
for that ‘selfie.’