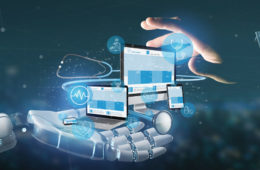 Dr Matthew OldakowskiMarch 12, 2020
It’s no longer the case of build a medical device or app and it will be used. Rather, innovators need to focus on real, unmet clinical needs by identifying clinical problems during periods of clinical immersion, directly observing clinical practice and engaging with clinicians.... Read More...
Guest ColumnOpinion3 min read

WA biotech company Resonance Health (ASX: RHT) has finally moved into the black with its image analysis technology, primarily in the form of FerriScan® quantitative MRI image analysis, developed to assess the degree of liver iron overload in haemochromatosis. Since 2005-06 (when the company underwent a share consolidation and major belt tightening), revenues from FerriScan have increased from $0.3m to $2.3m and during 2008-09 the company reported its first profit of $617k. The company is looking to apply its technology to the diagnosis of liver fibrosis (as an alternative to liver biopsy) in a broader range of liver diseases and to a much wider market, all by 2012. The inability of the test to make it onto the MBS Schedule has been a major revenue block but regulatory approval by the FDA and other European agencies has seen these markets begin to open. Lisa Dunne, Managing Director since 2003, has been a driving force along with Perth Radiological Clinic's Dr Martin Blake, UWA scientist Prof Timothy St Pierre, board chairman and biotech investor Dr Stewart Washer and major shareholder Mr Simon Panton.

Health Minister Jim McGinty says the defeat of WA's cloning bill, which would have opened up new fields of medical research in this state, is an embarrassing "slap in the face to Western Australia's scientific community." The cloning bill would have brought WA into line with other states by allowing excess embryos created through fertilisation to be used for medical research. However, conservatives from both political parties defeated the bill by 18 votes to 15 in the upper house. With the bill defeated, the short to medium term future of embryo research in WA is bleak, although with an imminent election, the bill could potentially be resurrected within 12 months.

We've lost count of the number of rounds the three-way battle between Dr Bruce Gray, UWA, and Sirtex has lasted, but the resilient Bruce has struck a TKO on the university that originally sponsored his commercially successful research by winning a protracted court case. The fight has centred on Dr Gray's development of microspheres to fight liver cancer, which has been commercialised into multi-million dollar medical technology. The technology was developed while he worked at UWA. The win creates a dangerous precedent in that other researchers could commercialise their university-sponsored discoveries unless they have a contract stating otherwise. UWA has confirmed it will be appealing the decision, so another costly and complicated round of legal manoeuvring is on the cards.

Just a month after offloading Cottman Australia for a tidy $8m, Advance Healthcare Group (AHG) has asked its major creditor, Fulcrum Equity, to place AHG and its subsidiaries into administration ...